Parshat Bamidbar: What’s in a desert?

We must all have a “desert mentality” in addition, in order to give every person an equal opportunity and give infinite value to every effort toward human progress. 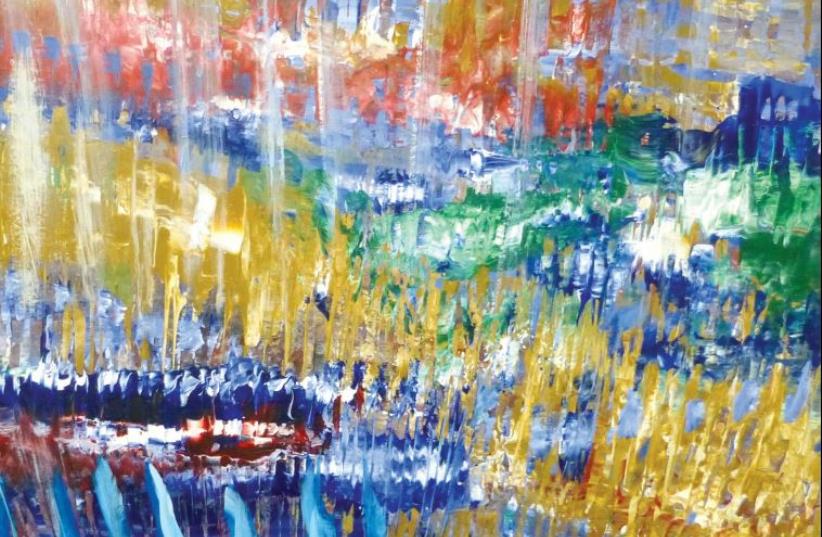 Painting by Yoram Raanan
(photo credit: YORAM RAANAN)
Advertisement
“God spoke to Moses and Aaron saying: The Israelites shall camp with each person near the banner having his paternal family’s insignia. They shall camp at a specified distance from the Tent of Meeting.” (Deuteronomy 2:1-2)

Painting by Yoram Raanan: www.RaananArt.com.We completed reading the book of Leviticus, the third of the five books of the Torah, which includes the halachot (Jewish laws) pertaining to the Temple and priesthood. Now we are beginning the book of Numbers – the book that describes the 40 years during which the Children of Israel wandered in the desert on their way from Egypt to the Promised Land – Canaan – to be called Eretz Yisrael, the Land of Israel.According to Numbers, the nation was never supposed to wander in the desert for 40 years. It was slated to travel this not-so-long route within one year and then enter Eretz Yisrael. But the nation was not ready. Claims, complaints, grumbling, lack of confidence and low self-esteem led to the nation refusing to enter the land. This is the famous episode termed “The Sin of the Spies.” Following this, the nation had to undergo a long process lasting 40 years during which all the older people, who remembered the slavery in Egypt, died. The generation entering the land had to be a new generation, one that did not suffer from the baggage of slavery; a generation with courage and vision.During these 40 years, the people of Israel was in the desert. Why did it have to be a desert? What does a desert have? Actually, nothing. It is desolate. And it is this desolation that was needed for successfully molding the nation from slaves to free men, from hopeless people to those who can take initiative and act based on vision.The desolation of the desert was the appropriate place for this because no one there has assets; there are no social classes; no one has reason to think that his tent is better than his neighbor’s.Even remarkable food was lacking, and they were sustained by manna – heavenly food that was provided every morning.What was necessary here was a complex process.Being liberated from slavery was not a one-time occurrence.It was not enough to drown the Egyptians in the sea. It was necessary also to educate the nation on how to function in moral freedom. It was necessary to make certain that the enslaved of yesterday not become the enslavers of tomorrow.After 40 years, the nation entered Eretz Yisrael, divided the land and established an independent state, but never completely abandoned the desert.Two reminders remained from the desert; two “islands” of desert were established so that the nation would not veer off the path set by the Torah.The first reminder was expressed by every tribe receiving a piece of land in Eretz Yisrael. One tribe, actually the noblest of the tribes, the tribe of Levi, did not merit a piece of land. It did not have a tract of land to work and nurture. The role of the tribe of Levi was to bequeath Torah values to the entire nation. The members of the tribe would wander among villages and little towns and teach Torah to the masses. They, in a sense, remained in the desert.The second reminder is even more interesting.One area, one city in Eretz Yisrael, was not given to any of the tribes: Jerusalem. The holy site where the nation’s spiritual center – the Temple – was built was not owned by any of the tribes. It, too, in a sense, remained in the desert.Those with spiritual roles and the sacred place in particular had to remain devoid of the marks of sects or tribalism. The Torah and worship of God do not belong to any particular sect. They are neutral in that everyone is welcome to transcend and advance themselves. Our sages write often in the Talmud negating the value of social strata and showing the worth of those who work on themselves to acquire good values and attributes.Indeed, an independent state is a huge thing. It is the place that allows the nation to manage its life and fulfill its role. But we must not ignore the risks.We must all have a “desert mentality” in addition, in order to give every person an equal opportunity and give infinite value to every effort toward human progress. The writer is rabbi of the Western Wall and holy sites.