PETA: Have a vegan Seder

Animal right’s group teams up with comedian in new campaign. 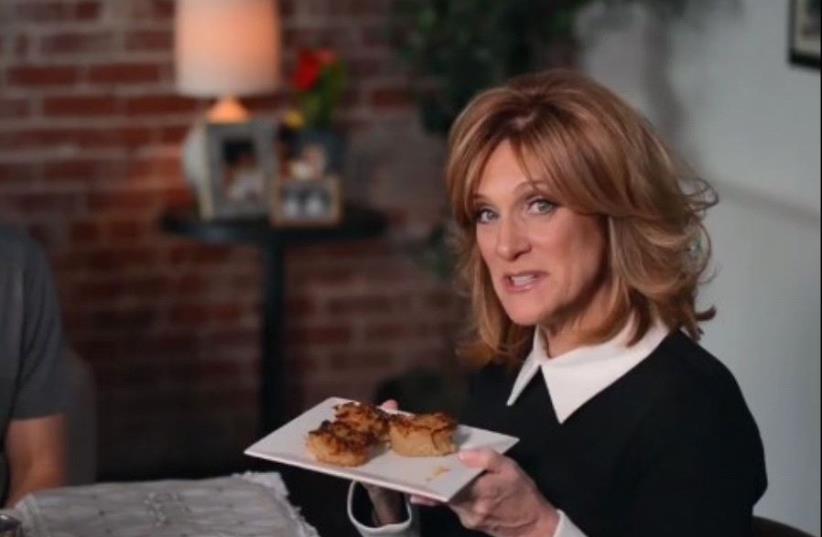 Jewish comic Carol Leifer shows that anything can be veganized
(photo credit: SCREENSHOT/PETA)
Advertisement
Most Passover Seder nights are far from vegan- friendly. From the egg and shankbone on the Seder plate, to the chopped liver, chicken soup and pot roast during the meal – it’s not a night made for vegetarians.But PETA , the People for the Ethical Treatment of Animals, has launched an appeal to convince people to veganize their Passover Seder, and they’ve recruited comedian Carol Leifer to further the cause.In a video campaign posted to social media last week, the Jewish comedian – known for her stand-up as well as writing for Seinfeld, Saturday Night Live and The Larry Sanders Show, offers tips and ideas for veganizing. Leifer opens the video by explaining how she became vegan, “because, as a Jewish lesbian, I wasn’t part of a small enough minority.” She also offers a “quick impression of my Passover Seder: ‘What page are we on?’” The comedian notes that, when it comes to the Seder plate, maror, haroset and karpas are already vegan-friendly. When it comes to the shank bone, she said, she uses a beet – “as permitted in the Talmud, so no Jewish guilt here.” She is referencing the Pesachim tractate, page 114b, which quotes a sage noting that the two cooked items on the Passover table can be a beet and rice.In place of the egg, Leifer suggests using a colorful, plastic Easter egg. She then veganizes the rest of the meal – with vegetable matza ball soup; chopped “liver” made from mushrooms; and gefilte “fish” made out of potatoes, eggplant and onions.Passover isn’t the only holiday PETA is hoping to veganize. The organization also posted a video offering a recipe for vegan cream-filled chocolate eggs for Easter.