The matza that isn’t kosher for Passover

Artisanal crackers hit store shelves – in flavors like cinnamon, everything. 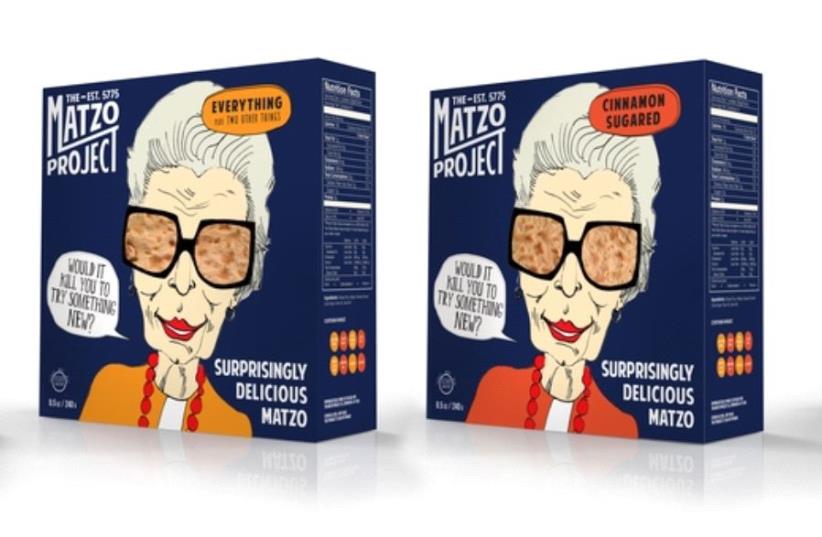 The Matzo Project
(photo credit: Courtesy)
Advertisement
It’s known as the bread of affliction. But two New Yorkers who met 30 years ago at summer camp are looking to change matza’s bad reputation.Ashley Albert and Kevin Rodriguez have launched “The Matzo Project,” a line of artisanal, versatile crackers they think will be popular all year round. And while the product is kosher, it isn’t kosher for Passover.“We’re not really looking to make a product for ritual use, we’re not looking for something that’s just for Jews,” Albert told The Jerusalem Post from New York. “We’re saying, ‘Hey, this is a really versatile, crunchy, delicious cracker that you can put anything on and use on your cheese plate at your cocktail party.’” The duo, who grew up together in Florida and became friends at the Jewish Blue Star Camps in North Carolina – then stayed friends when they both moved to New York – starting “futzing around two years ago” with the idea of a better-tasting matza.And while they were sold in a few local shops last year, this is the first year they can be found on the shelves of specialty stores nationwide.Albert said she dreamed up the idea of making flavored matza 20 years ago for a neighbor whose parents had a pizza restaurant they were going to close for Passover.“I’m one of those people who comes up with random ideas all the time,” she laughed. And she isn’t kidding – Albert owns a shuffleboard nightclub in the heart of Brooklyn.
Passover Pesach 2015 Seder Rube Goldberg Machine from Technion in Israel
And while they chose not to jump through the hoops of making it kosher for Passover, it was still a priority to have it kosher certified, “just out of respect for our heritage,” she said.“We think of this as a product for heritage Jews, which are people who relate to being Jewish and identify as Jewish because they feel so connected to the culture of Judaism, but less so because they’re strictly following the laws of the Torah.”So those who wouldn’t eat it for the week of Passover “can eat it the other 51 weeks of the year.”The packaging for their line of “Surprisingly Delicious Matzo” features a bubbe with matza sunglasses and an attitude, asking: “Would it kill you to try something new?” “I’m finding when people look at that box, they relate to that grandmother, whether they’re Italian or Indian or Irish,” Albert said.The three matza flavors are salted, cinnamon and everything, but the company is focusing its future batches on just salted and everything.They also make bags of matza chips – much like pita chips – in all three flavors.Everything is certified by the Orthodox Union, and Albert said she “was really surprised, but they are pretty hip and they totally got it and they were really excited about this product.”She’s even eaten dinner at the house of their kashrut supervisor.That hip, cool box also features a prominent OU symbol – with a note reminding consumers that the matza is “kosher, but not kosher for Passover.”Rabbi Moshe Elefant, COO of the OU’s kosher division, said that while every consumer should be looking for an OU-P for Passover products, they take extra precautions for matza.“When it comes to matza, we won’t rely on the OU-P not being there,” said Elefant.“We’ll insist that it say not for Passover use.” The same goes for Manischewitz and Streit’s, which both produce non-kosher- for-Passover matza.Flavored matzot that have extra ingredients baked in, said Elefant, would be considered matza ashira (matza made with liquids other than water) – and only Sephardim will eat that on Passover.“Because it can be confusing,” he said, “that’s why we insist that it say ‘not for Passover use.’”