You are not free to forfeit your freedom! 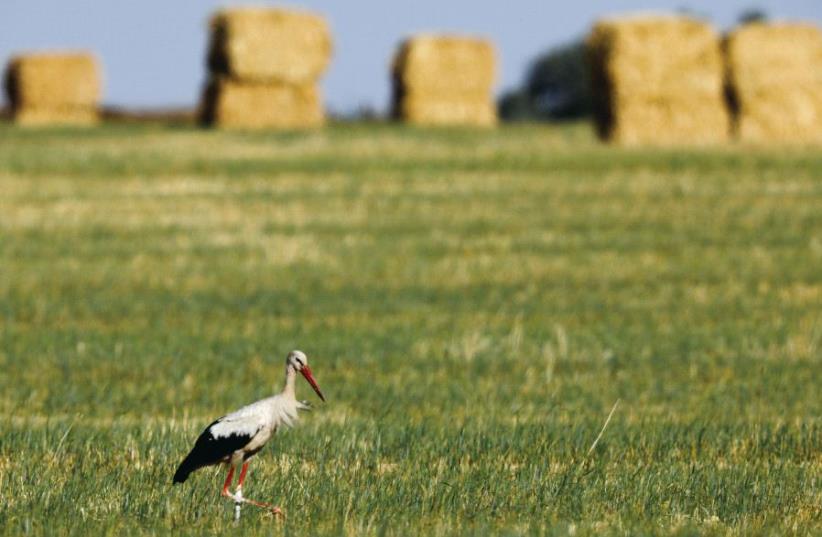 A stork walks in a field near Kibbutz Nir Yitzhak in the South last month
(photo credit: REUTERS)
Advertisement
In this week’s Torah portion, Behar, which we will read along with Behukotai, we encounter a unique phenomenon not found elsewhere in the Torah.Usually the Torah does not get involved in issues relating to the free market. Someone interested in selling something can name his price and sell it to whoever is interested.The Torah does not involve itself in whether the price is higher or lower than the value of this item. Only when an exorbitantly high price damages the public do our sages set up various rules that protect the public, but they too did not deal with the private sector. Even if that same item is of great value to the seller, the decision to sell it and the price he will get for it is between the seller and buyer only, under the laws of supply and demand; the Torah does not get involved.But in this week’s portion, we find a case of actual involvement in the free market regarding two things a person cannot actually sell: his family land in Eretz Yisrael, and himself.In the ancient world and in certain cultures even today, family land is far more significant than its market value. Selling this land means losing family heritage, losing a basic financial resource, and disconnecting from a precious emotional asset.To a greater extent, a person selling himself into slavery – which was a common occurrence at some point and which sadly has not yet disappeared – obviously means a loss of freedom, without which a person might feel his life is not a life. Loss of freedom means loss of respect. A fundamental aspect of self-respect is the knowledge that one can make his own decisions, or work in a field of his choice. He is free to be himself with all that entails.In these situations, the Torah says: Stop! You cannot do this! Actually, the Torah does not completely forbid these acts. There are times when a person’s situation could be so terrible that the sale of his family land or of himself into slavery can temporarily help him. But a permanent sale is never an option. Every 50 years, everything goes back to the way it was: family land is returned to its original owners and all Jewish slaves are set free. Man does not have the right to permanently forfeit his honor or his freedom.It is interesting to read the Torah’s reasoning for these laws. The reason for the return of family land is: “The land shall not be sold permanently, for the land belongs to Me, for you are strangers and [temporary] residents with Me.”And the reason for the release of slaves is: “For the children of Israel are servants to Me; they are My servants, whom I took out of the land of Egypt.I am the Lord, your God” (Leviticus 25:23; 55).These declarations are clear. God declares that the real owner of the land and of the person himself is God. These are rare declarations in the Torah. There is no other place in the Torah where God demands that man obey His laws because of God’s ownership of him.Usually, the Torah is more delicate and tries to tempt man to take the path that will benefit him. Here the language is clear-cut: the world has an owner, the land has an owner, and man is not completely free. The restriction of man’s freedom is expressed in the step he cannot take: He cannot forfeit his own freedom. God demands ownership when a person considers surrendering his own freedom and respect.The writer is the rabbi of the Western Wall and Holy Sites.