Survey finds most common laundry mistakes; Do you make them too?

This new British survey found that 26% of those surveyed leave their laundry in the washing machine for an extended period of time after the cycle ends, among other violations. 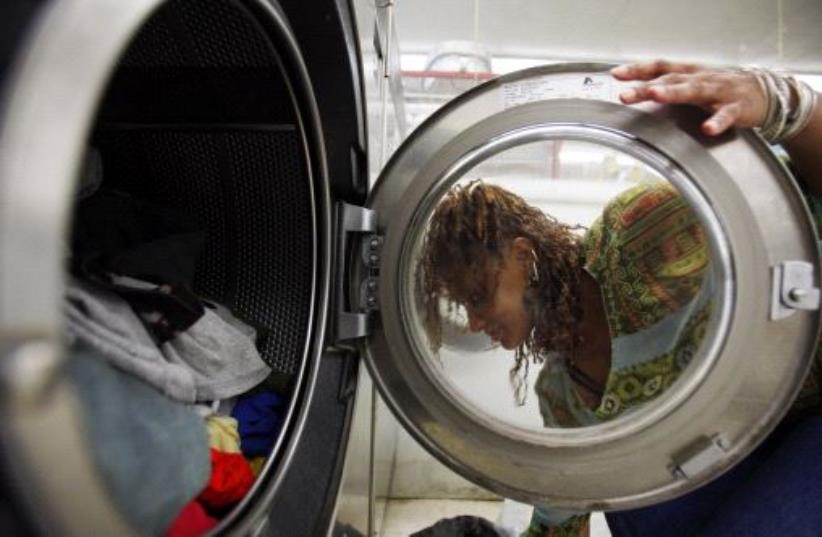 A woman loads laundry into the washing machine at a laundromat in Cambridge, Massachusetts July 8, 2009.
(photo credit: REUTERS/BRIAN SNYDER)
Advertisement

What could be so complicated about laundry? You would be surprised. A survey of 2,000 British citizens who do laundry regularly found, for example, that nearly half of them leave tissues in the pockets of their clothing, have trouble understanding the washing instructions on garment labels and use the same cycle setting regularly without adjusting for the type of clothing being washed.

The survey was conducted by laundry experts Dr. Beckman and Troy "the magician," who together aimed to bring to light the British public's incorrect laundry habits. They found that 26% of those surveyed leave their laundry in the washing machine for an extended period of time after the cycle ends, 20% overfill the machine and 18% incorrectly insert the laundry soap into the machine.

25% of those surveyed admitted that they find it difficult to separate their laundry into whites and colors while 21% regularly choose the hottest water temperature because they are afraid that anything cooler will not kill germs.

53% reported being forced to wash the same garments multiple times in order to achieve the desired level of cleanliness, and the same percentage of people reported that they regularly throw away clothes that were ruined in the wash. 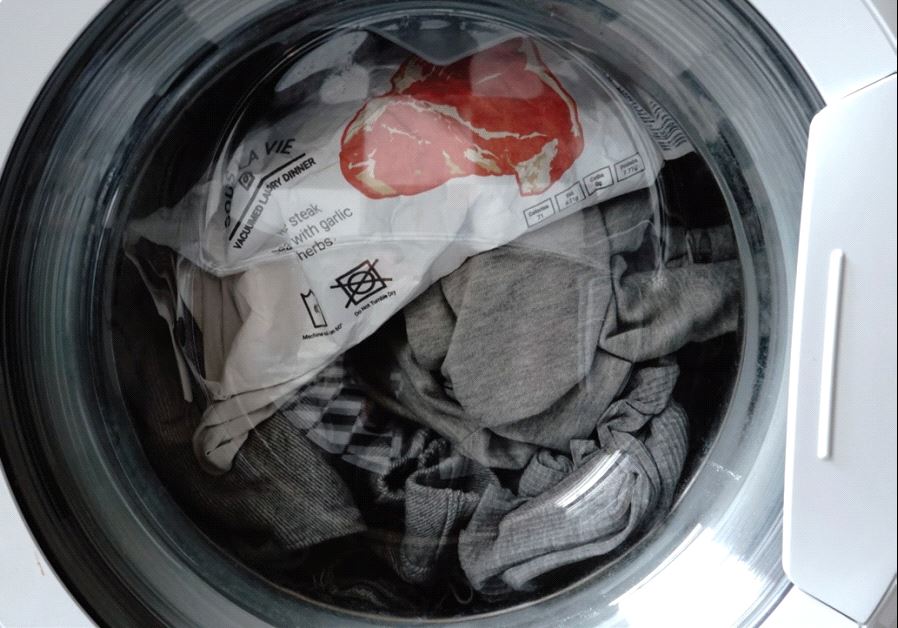 THE IDEA FOR ‘Sous La Vie’ foods, which come in specially designed bags that go right in with the laundry, was inspired by an effort to aid the homeless. (credit: IFTACH GAZIT)

Even worse, 43% of respondents admitted they avoid wearing one or more items from their wardrobe because they simply do not know how to wash them and thus don't want to dirty them.

Interestingly, 27% of those surveyed reported that they do not trust their partner to do laundry properly.

Susan Paramore, the spokesperson for Magic Leaves, said: "Doing laundry is not an easy task as the survey shows [that]. Although doing laundry seems like a simple task, there is a lot of information that needs to be taken into account - from the settings of the washing machine to the powder and fabric softener to the needs of the clothes themselves."

How can I properly do laundry?

Here are the ten most common mistakes people make when it comes to laundry. If you do at least half of them, you should probably change your habits:

1. Leaving a tissue or other paper in the pocket resulting in the creation of disturbing white fluff on clean laundry.2. Mixing whites and colors.3. Leaving wet clothes in the drum for a long time after washing - which causes it to smell bad.4. Overfilling the machine, which leads to poor washing and water leakage.5. Washing on an incorrect setting, which results in shrinkage or destruction of the garment.6. Placing fabric softener and powder detergent in the wrong areas of the washing machine.7. Infrequent cleaning of the washing machine itself, which produces mold that stains the clothes and causes a bad smell.8. Damage to the absorbency of items by using too much fabric softener.9. Washing of technological devices forgotten in the pocket, such as ceall phones or headphones.10. Coins that remain in pockets and make noises when the machine is running and get stuck in the filter.