Kiryas Joel, a Hasidic village in Upstate New York, is an enclave of Satmer Hasidim that has their own legal traditions and customs. 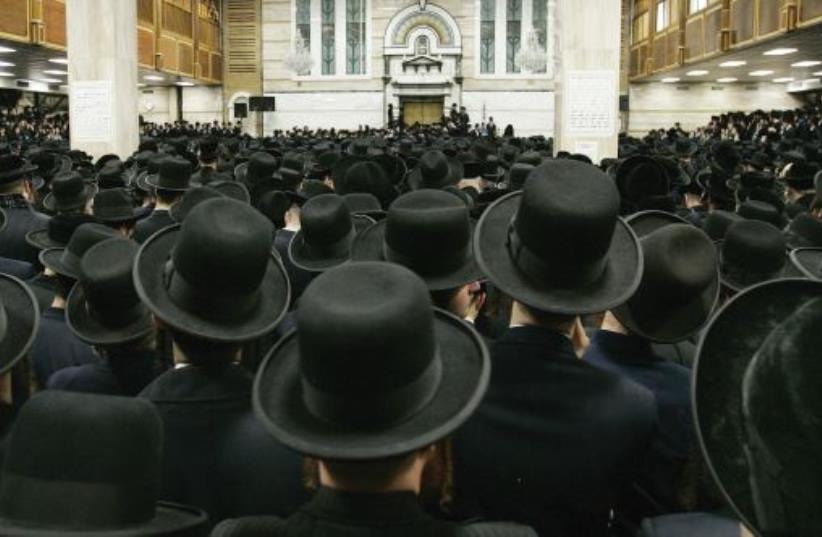 This past Saturday’s terrifying hostage-taking at the synagogue in Colleyville, Texas, was a rare moment of unity in the Jewish community. Jews of different denominational stripes and political dispositions joined together in prayer for the well-being of their co-religionists.

Too often, Jews are better known for disagreeing, often vocally with one another. That is not merely a character trait. It is because American Jews, although a small band of people, are actually a very diverse lot.

We know this well because we have spent the last several decades of our professional lives studying a group of Jews that is often regarded as foreign not only to America but to American Jews: Satmar Hasidim who came to this country after the Holocaust settled in Brooklyn and then found a place of refuge in suburban New York. There they established a community known as Kiryas Joel (also known as KJ) that in 1977 became a legally recognized municipality in New York State’s Orange County.

While most American Jews are liberal in religious and political outlook, the Satmars of KJ are not. Their community reveals a curious feature of American liberalism — namely, that it carves out a place for those who do not share the commitment to individual freedom as the pinnacle of society’s goals. Kiryas Joel is not liberal in that respect at all. It is a community that always places the interests of the collective above that of the individual. And it imposes expectations on its members that some who have exited regard as extraordinarily onerous.

Political scientists use the term “liberal illiberalism” to refer to the ways in which liberalism is intolerant of cultures that reject its values. But the story of Kiryas Joel reveals the flipside: what we call “illiberal liberalism,” which refers to the features of American society that protect illiberal groups and allow them not only to establish private enclaves, but to turn those enclaves into governmental forms that support their illiberal way of life.

How could it be that a group of stringently observant, Yiddish-speaking Jews could have established their own local government in a country that is ostensibly committed to individual rights and the separation of religion and state? This is the question that stands at the heart of our new book “American Shtetl: The Making of Kiryas Joel, a Hasidic village in Upstate New York,” which is soon to be released. In the book, we argue that Kiryas Joel is not a foreign implant on the terrain of the United States, but in fact part of a deep-rooted tradition of tolerance for strong religious sub-communities in American history that extends back to the 17th-century Puritans.

In fact, a community such as Kiryas Joel could not have taken rise in Europe, where the Satmar Hasidim came from. America’s dual commitments to religious freedom and private property allowed this group of Hasidim — and a smaller group of Skverer Hasidim before them — not only to buy land as individuals. It also permitted them to transform their private association of property holders into a public entity, a legal village with all the governmental powers of a local municipality in New York.

Some might say — and in fact, many did say — that Kiryas Joel’s creation was a violation of the separation of religion and state, that the village is in fact a theocracy. But the leaders of KJ who founded the village followed a script that was enshrined in New York state law. They purchased and developed land; then the residents who settled the land exercised their democratic rights to petition to form their own municipality and voted to incorporate as a legally recognized village.

In following this pathway to municipal incorporation and political empowerment, the Satmars of KJ illustrated the ways in which they are subject to what we call “unwitting assimilation.” On the face of it, Satmar Hasidim are fiercely opposed to assimilation into American society in all its forms. And yet, in learning the legal norms of the land and engaging on a daily basis with its political leaders, they have become Americanized in ways that they might not always like to admit. In drawing on their capacity to get out the vote (often in large blocs), they resemble other players in the game of American interest-group politics. In insisting on their constitutionally protected right to religious liberty, they resemble other religious communities — the Mormons, the Skverer Hasidim and the Rajneeshees, to name just a few — that have used the right to purchase private property to form religious enclaves.

More recently, in their defiance of COVID restrictions and support for the Trump presidency, they resemble white Christian conservatives who blend appeals to religious liberty with calls to protect their local sovereignty from federal interference. There are many other domains — the use of technology, for example — in which one can see the traces of this process of unwitting assimilation.

In the course of researching and writing our book, we were often expected to condemn or celebrate Kiryas Joel. Our intention was to do neither. Rather we sought to understand it as both a Jewish and American story — as a community with few precedents in Diaspora history but at home on the political and religious landscape of the United States. We also understand KJ as a Jewish American story, although one that has not often been told. Strictly religious Jews such as the Satmars are part of the fabric of American Jewry, and indeed, destined, by dint of their rapid birth rate, to become an ever-larger part of it.

The key question we ask today, as democracy in this country faces its gravest threat since the Civil War, is whether the kind of illiberal liberalism that KJ represents is sustainable. Must we now insist on a shared set of civic values that binds us all? Or can we continue to permit and foster deep cultural differences? The answers to these questions will have a large role in determining the face of Kiryas Joel — and by extension, the diverse American Jewish community — in the next decade.