While the apartheid libel continues to damage Israel and wound Diaspora Jews in violent antisemitic attacks, the PA’s political outreach and popularity in the West has failed it in the Arab East. 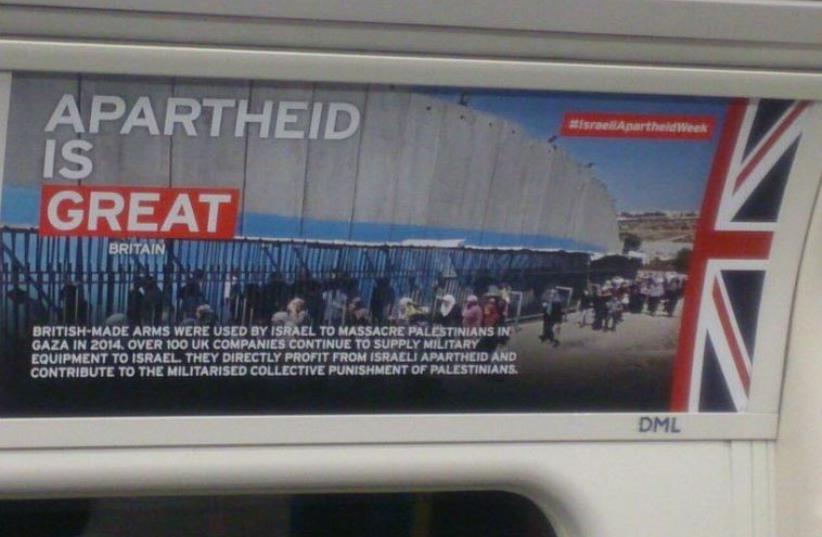 The “apartheid” political assault may peak in 2022, according to Israel’s Foreign Minister Yair Lapid. He recently warned of the “venomous” and “radioactive” implications of a global PLO-PA led campaign to libel Israel as an apartheid state. This decades-long Palestine Liberation Organization (PLO) strategy seeks to replace Israel with “Palestine” by recasting the Jewish and democratic state as another white supremacist apartheid South African regime.

While the apartheid libel continues to damage Israel and wound Diaspora Jews in violent antisemitic attacks, the PA’s political outreach and growing popularity in the West has failed it in the Arab East. Abbas’s pivot to Turkey and Iran has backfired among the PLO’s strongest Arab League sponsors and supporters. The PA’s destabilizing moves have weakened it regionally and its internal corruption has damaged it domestically.

As Lapid noted, the UN’s recent and unprecedented establishment of a permanent committee of investigation to probe Israeli “war crimes” with 18 permanent staffers and a 5.5-million-dollar annual budget, represents the latest PLO achievement in its decades-old “total warfare” campaign against Israel.

As early as October 1961, Ahmad Shukeiry, the PLO’s first chairman, characterized Israel as a “Nazi”, “apartheid” entity in a speech to the UN General Assembly while serving as Saudi ambassador to the United Nations.

Subsequently, PLO Chairman Yasser Arafat, under Soviet and Chinese sanction, spread the Israel apartheid analogy at the UN as part of his infamous 1974 “holster and olive branch” speech, which led to the passage of the 1975 UNGA Resolution 3379, criminalizing Zionism as a form of racial discrimination.

Fast forward to 2001. Arafat and his nephew, the PA’s UN ambassador Nasser al-Kidwa, used the apartheid strategy at the UN’s first World Conference Against Racism at Durban, South Africa, whose nongovernmental organization forum declared Israel to be “a racist apartheid state guilty of war crimes, acts of genocide and ethnic cleansing.”

Mahmoud Abbas has continued the same narrative in speeches to the West as was evident in his September 2021 UN “Durban IV” video address.

Ironically, the Palestinian obsession with blackening Israel’s name in the liberal West has failed in the Arab East.

Today, as Israeli Arab affairs commentator Jackie Hugi has noted, Abbas and the PA sit isolated, alienated, and bankrupt among the leading members of the Arab League.

The PA committed political harakiri in 2020 when Abbas condemned Arab signatories to the Abraham Accords including United Arab Emirates and Bahrain, as well as Morocco and Sudan, for normalizing relations with Israel. In Abbas’ unprecedented public assault against Arab allies, he accused them of “stabbing the Palestinians in the back and betraying the al-Aqsa Mosque, Jerusalem, and the Palestinian cause.”

Palestinian apartheid propaganda may still find supporters in the West where Jew hatred has reached new heights and animosity towards the Jewish state poses as political criticism.

However, from a Middle Eastern perspective, the Palestinian leadership and its ongoing political assaults have hit a brick wall both among the Israeli public and most of its Arab neighbors. The PA’s weakened position among the Arab powers and its pivot to the “rejectionist front” led by Turkey and Iran, cast an even darker shadow over its already fading prospects for political viability and independence.

Dan Diker is a research fellow and directs the Program on Political Warfare at the Jerusalem Center for Public Affairs.

This op-ed is published in partnership with a coalition of organizations that fight antisemitism across the world. Read the previous article by Conrad Myrland.