IMPACT-se unearthed UNRWA teaching materials for Palestinian children that is rife with incitement against Israel and Jews.

By MARCUS SHEFF
THE ENTRANCE to an UNRWA school in Bethlehem: Schoolchildren are taught a poem that encourages them to die as martyrs by killing Israelis, described as a ‘hobby,’ says the writer.
(photo credit: MIRIAM ALSTER/FLASH90)
Advertisement

With a budget of $1.6 billion, nearly 60% of which goes to education, and a staff of 30,000, the UN agency might be the most heavily funded educational undertaking in the history of international aid. And yet, UNRWA has consistently breached its duty of care to the children attending its schools.

This summer, the Institute for Monitoring Peace and Cultural Tolerance in School Education (IMPACT-se) again unearthed UNRWA teaching materials that it does not publish on its website for review. This material is rife with incitement. Schoolchildren are taught a poem that encourages them to die as martyrs by killing Israelis, described as a “hobby.”

Jews are portrayed as inherently treacherous. Children are encouraged to become jihad warriors and are taught that Palestinians need to sacrifice their blood to liberate Jerusalem. Female figures in early Islam are glorified for sacrificing themselves and their children.

While UNRWA teaches the radical Palestinian Authority curriculum, it pledges that, as a UN body, its own material is committed to neutrality. Despite this, the organization depicts the Jewish people’s right to self-determination as a “major racist calamity,” erases the existence of Israel, a UN member-state and labels the entire territory as Palestine. 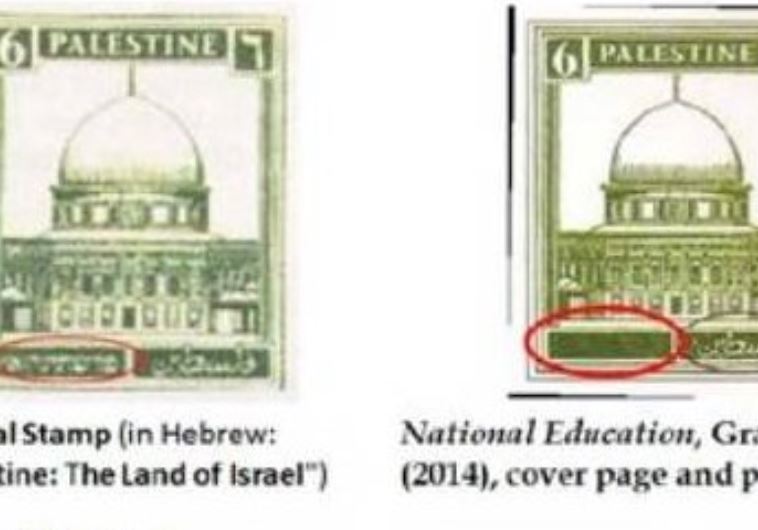 UNRWA reacted to the IMPACT-se report with what can be best described as a Bart Simpson moment, throwing up its hands and announcing: “I didn’t do it, nobody saw me do it, there’s no way you can prove anything!” Bart would be impressed; as for the rest of us, not so much.

This manifested as UNRWA attacking the messenger while blaming the propagation of such material on an unauthorized commercial website. The commercial website does not exist. What does exist is UNRWA-branded material which includes 590 pages, in 30 documents, across at least six freely available open-source platforms, spanning six separate grades, that carry the UNRWA logo and its name in Arabic.

The materials list UNRWA staff, six of whom are supervisors and inspectors, as well as 49 teachers affiliated with over 30 UNRWA schools in three verified UNRWA school districts, who helped write and supervise their creation.

Confronted with this massive amount of material, UNRWA attempted to disassociate its employees from it, insinuating that their names were fraudulently placed on the materials. Although not within the usual scope of our research, a cursory inspection of UNRWA school social media accounts reveals that the materials are widely and routinely used as part of the educational program in UNRWA schools and are distributed by multiple UNRWA administrators and teachers.

The material is widely and routinely used

JUST ONE example is the presence of the materials on a Facebook group of UNRWA’s Al-Zaytun Middle School for Boys B, by UNRWA teacher Abdulrahim Abu Hamza Al-Ooran, whose name appears as a creator of the material.

UNRWA promised last year that all hateful material it produced had been removed, is no longer circulated and that any breach reported was dealt with firmly. This came in the wake of the agency’s earlier admission that its teachers had “mistakenly” produced and distributed “inappropriate material” in response to IMPACT-se’s reports on UNRWA-produced study materials during the pandemic.

But instead of eradicating hostility toward Jews and Israel from its educational infrastructure, UNRWA has instead settled for a strategy of aggressive outreach to Jewish organizations worldwide, where during meetings its spokespeople have been unable to answer basic questions about its teaching mechanisms.

The agency’s other innovation was to announce that only material on its online platform is officially sanctioned. This conveniently allows it to disassociate itself from its own long-standing teaching practices in Gaza, where its education districts and employees have routinely produced and taught a great deal of UNRWA-branded content not aligned with UN values. And the material on the platform is not even what students learn in the classroom.

In May of this year, IMPACT-se met with Commissioner-General Philippe Lazzarini and his team, raised concerns over UNRWA’s self-produced materials and pointed out that very little actual teaching material is on its platform. The agency had more than enough time to address these issues, which made its ad hominem, petulant attacks on IMPACT-se even more regrettable.

The reality is that inciting material has been routinely used in UNRWA schools for years, reaching many thousands of children. The donor community – including the two largest donors in the US and EU with whom we engage – is well educated about these issues, and elements within these administrations are highly motivated to eliminate incitement from UNRWA teaching.

The ultimate question is, however, whether the disbursal of $1.6b. in annual aid is enough for donor nations to finally put a stop to the radicalization of Palestinian school students. Or, alternatively, will UNRWA continue in its current self-destructive path, shielded by international apathy? If the world’s largest UN educational infrastructure fails to foster the resolution of conflict and the promotion of peace, then what is it really worth?

The writer is the CEO of the Institute for Monitoring Peace and Cultural Tolerance in School Education (IMPACT-se).