Paving the way with Singapore, Israel and Asia-Mideast cooperation - opinion

Relations between Israel and Singapore weren’t overtly celebrated for most of their shared history. 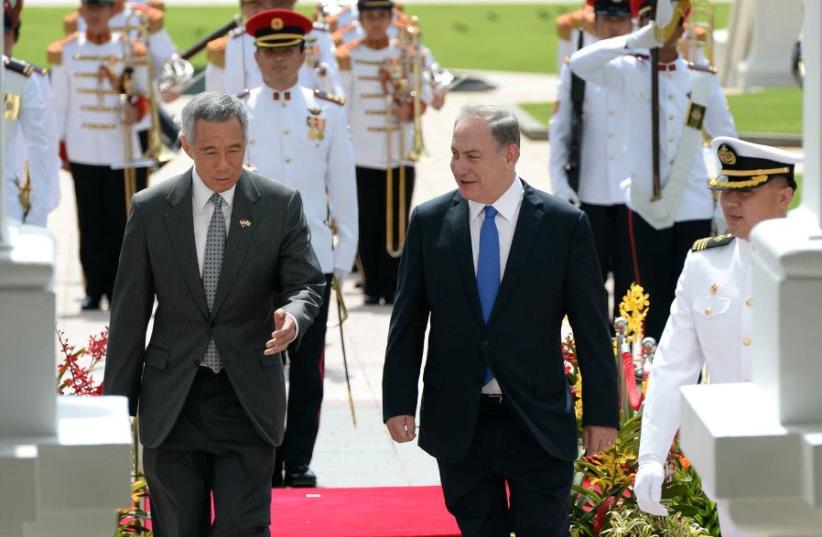 The Abraham Accords have created new and exciting opportunities for Israel and Singapore. Tech-focused collaboration can propel the relationship forward, but developing a joint long-term strategy for Asia-Middle East cooperation might prove to be a real game-changer.

Despite continuous growth, relations between Israel and Singapore weren’t overtly celebrated for most of their shared history. Wary of its Muslim-majority neighbors, Singapore had strategically downplayed its engagement with Israel throughout the years. When a group of Israeli officers came to assist with Singapore’s military development in its early days, Singapore obscured their identity, claiming them to be Mexicans.

However, the changing global dynamics and, in particular, the Abraham Accords, have allowed Singapore to finally embark on a more proactive path with Israel. Just recently, Singapore announced the opening of an embassy in Tel Aviv – a historic step that warrants a closer look at Singapore-Israel relations and the opportunities they hold.

The Abraham Accords, conceived in part due to concerns over a perceived attempt by the US to minimize its regional presence, have led countries in the Middle East to establish more cooperation among themselves. This new regional dynamic and the decreased pressure on states like Singapore to limit their engagement with Israel are creating new opportunities for both bilateral and regional cooperation. 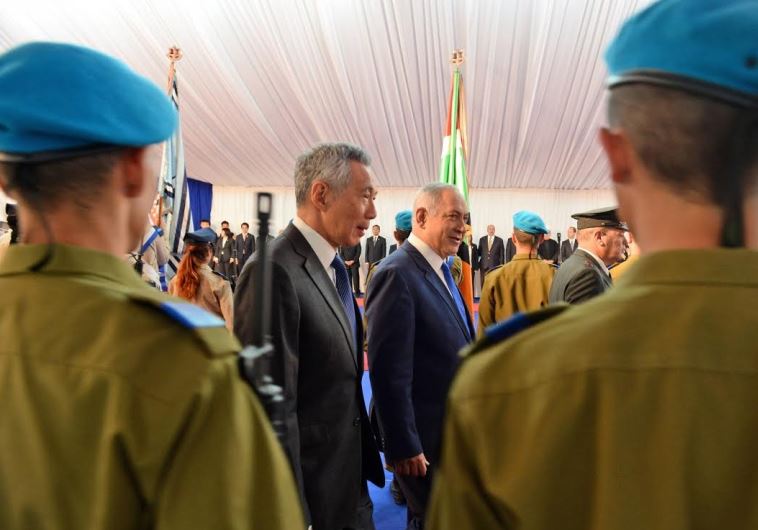 Despite the geographic distance, these two small countries share similar challenges: both find themselves stuck in the middle between superpowers and are maneuvering an increasingly complex regional environment. However, together they can cut through the hype of superpower competition narratives, and develop more effective management policies.

A relative newcomer to this position, Israel has much to learn from Singapore’s history of balancing competing superpower interests.

Singapore has built solid regional foundations, with the Association of Southeast Asian Nations (ASEAN) providing in part a counterbalance to growing tensions in Asia. Its membership in trade agreements like the Regional Comprehensive Economic Partnership is a free trade agreement (RCEP) and the Comprehensive and Progressive Agreement for Trans-Pacific Partnership, and initiatives like the Indo-Pacific Economic Framework provide it with a strong base for regional cooperation and stability.

While the Abraham Accords have substantially boosted Israel’s opportunities in the Gulf and the Middle East, Israel still faces a hostile and fractured regional environment. Drawing lessons from ASEAN countries in overcoming differences and navigating an increasingly multi-polar environment could lay the groundwork for new regional partnerships.

Tech-focused cooperation between these two countries, which lead the list of countries attracting the most venture capital investment per capita in 2022, can be especially fruitful. Increased interdependence in this sphere could lay the groundwork for enduring relations that are more resilient to regional dynamics.

Singapore and Israel are two small but innovative countries. Both have allocated large percentages of their gross domestic product (Israel leading the list in 2020 with 5.4% of its GDP) into R&D, and both have managed to increase their foreign investment flows despite the pandemic. They can use their growing economic and technological ties, and their entrepreneurial spirit, to help expand cooperation not only between themselves but between partners in Asia and the Middle East more broadly.

A first step in the right direction is the recently signed Memorandum of Understanding on artificial intelligence, which indicates an important trend and aims to shift the focus of their bilateral trade from its traditional bedrock of broadcast equipment and diamonds to more innovative areas, such as agri-food tech, health-tech, AI and cyber.

But this partnership should not be confined to the bilateral level alone. Singapore and Israel can use these new opportunities to play a pivotal role in developing cross-regional cooperation and strategies to navigate better the growing challenges of superpower competition, including the rise of China and the changing role of the US.

One direction could be developing greater ASEAN-Gulf Cooperation Council (plus Israel) ties. Such initiatives could include the expansion of the Indo-Pacific Economic Framework and of the RCEP to the Middle East. Singapore and Israel can also join in cross-regional, technology-driven initiatives in areas like energy, food security, and the blue economy, as well as groupings like those developing between Israel-Japan and the UAE, and South Korea.

Ultimately, the Singapore-Israel relationship, turbocharged by the Abraham Accords, has the potential to play an essential role in a region in flux. Newfound opportunities to deepen cooperation in tech and R&D are pushing the bilateral relationship forward. But it is through broader, regional strategic cooperation that Israel and Singapore can truly punch above their strategic weight, contribute to a long-term Asia-Middle East strategy, and enable better management of the complexities of a multipolar environment.

Dr. Gedaliah Afterman is head of the Asia Policy Program at the Abba Eban Institute for International Diplomacy at Reichman University. He previously served as an Australian foreign service officer working on Asian regional security issues, and as a diplomat at the Australian Embassy in Beijing, where he focused on issues related to China’s foreign policy, including in the Middle East.

Theresa Hoffmann is a contributor to and former Research Fellow at the Asia Policy Program at the Abba Eban Institute for International Diplomacy. Her experience is in both policy think tanks and the Israeli tech industry.