I have known Benjamin Netanyahu for more than 40 years, having first met him when he was a student in Cambridge, Massachusetts. 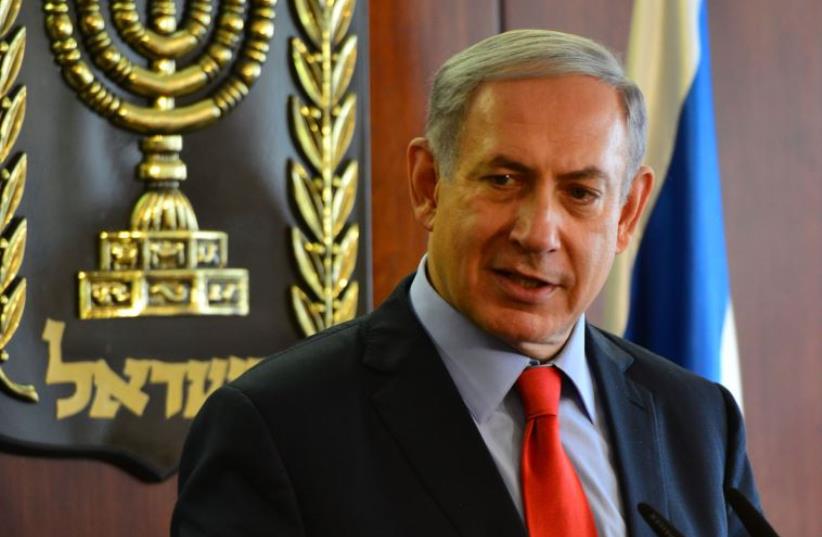 Prime Minister Benjamin Netanyahu
(photo credit: KOBY GIDEON/GPO)
Advertisement
I have known Benjamin Netanyahu for more than 40 years, having first met him when he was a student in Cambridge, Massachusetts.When I read the Israeli criticism of the prime minister, I do not recognize the Bibi I know (by the way I still call him Mr. Prime Minister when he is in office).Viewing him from a distance, and never taking sides on Israel’s domestic politics, I see a warm, intellectually curious and deeply principled man, with a good sense of humor and a never ending quest to protect the Jewish people from external enemies. Yes, I also see one tough Jew, but his toughness is reflected by the Israeli metaphor of the Sabra – prickly on the outside, sweet on the inside.Over the years my wife, Carolyn, and I have become close to Sara Netanyahu as well, and once again we do not recognize the caricature we so often read and see in the Israeli media. When my granddaughter recently made her first trip to Israel and we were invited to the Netanyahu home, Sara took Lori into the kitchen and talked about cooking for nearly an hour. It was a highlight of Lori’s visit to Israel.Now for a great Bibi story.When he was first elected prime minister, he invited me, my wife and my daughter to his new office. After some chit-chat and pictures, he took me aside and said he had an important question to ask me, assuring me that his office was secure from any electronic intrusion. I thought he would be asking me about some important security issue, but he put his arm around me and whispered in my ear, “So Alan, did O.J. do it?” I immediately responded, “So, Mr.Prime Minister, does Israel have nuclear weapons?” He looked at me harshly and said, “You know I can’t tell you that.” I looked back at him and said, “Aha! You know I can’t tell you that.”We both had a good laugh.Between his terms as prime minister, he came to Cambridge with his wife, and my wife and I invited them to our home for dinner. The other guests were academic colleagues from Harvard and MIT. Everyone at the table was impressed, and may I say surprised, by his serious grasp of intellectual and academic issues. They too had read the Israeli press and expected someone different.Netanyahu used the occasion to probe the expertise of everyone at the table, making mental notes.Whenever I visit the prime minister in Israel I give him a copy of my latest book, often in galley form. Invariably he gets back to me within the week with comments, critiques and suggestions. He disagreed with a proposal in my most recent book, The Case Against the Iran Deal: How Can We Now Stop Iran from Getting Nukes, and he let me know it. I took his criticism seriously, and made some changes, but mostly stuck to my guns.I AM CONFIDENT that many American supporters of Israel generally agree with my positive appraisal of the prime minister, though some Jews particularly on the Left seem embarrassed by his assertiveness. They, too, have difficulty accepting a tough Israeli Jew and prefer one who is seen as conciliatory and compromising.They had a problem with Menachem Begin as well. But the job of Israel’s prime minister is not to make things easy for American Jews who want to be accepted by their peers. His or her job is to protect the people of Israel.I was honored, along with Eli Wiesel and his wife, Marion, to sit with Sara Netanyahu when her husband delivered his address to Congress on the Iran deal. Some American Jews criticized me for seeming to validate Netanyahu’s controversial appearance. I was proud to be there and to show support for the prime minister.His speech was both substantive and compelling. He proposed several alternatives to the deal then on the table.As is typical, much of the media both in Israel and the United States mischaracterized what he said and largely ignored his constructive proposals.But I personally saw the reaction in Congress, both among Democrats and Republicans. I spoke to several Democratic members of congress, some of whom had been reluctant to attend. To a person, they praised his speech.Benjamin Netanyahu is not without controversy, but is there a leader anywhere who can claim universal approval, especially when he or she is uncompromising in the defense of their people? I take no position on Israeli domestic politics, and I am a strong advocate of the twostate solution and a vigorous peace process. Both Israelis and their supporters in America thrive on debate, controversy and criticism – and that is a blessing. But I think we can agree that Benjamin Netanyahu well deserves to be regarded as the man of the year during this difficult period of history, especially with regard to Iran’s nuclear program.Since he became prime minister, Benjamin Netanyahu has brought Iran’s nuclear ambitions to the forefront of world attention. He insisted – quite correctly – that Iran was determined to develop a nuclear arsenal, even when a phony US “intelligence assessment” concluded that the mullahs had abandoned their nuclear weapons ambitions in 2003. If Iran is ultimately stopped from obtaining nuclear weapons, with or without the deeply flawed deal, Netanyahu will deserve much credit for that accomplishment.