Europe on a slippery slope

A well-educated man, on learning that I was a Jew, told me that he had never understood why the Jews in Nazi Germany had not saved themselves. Puzzled, I asked how? 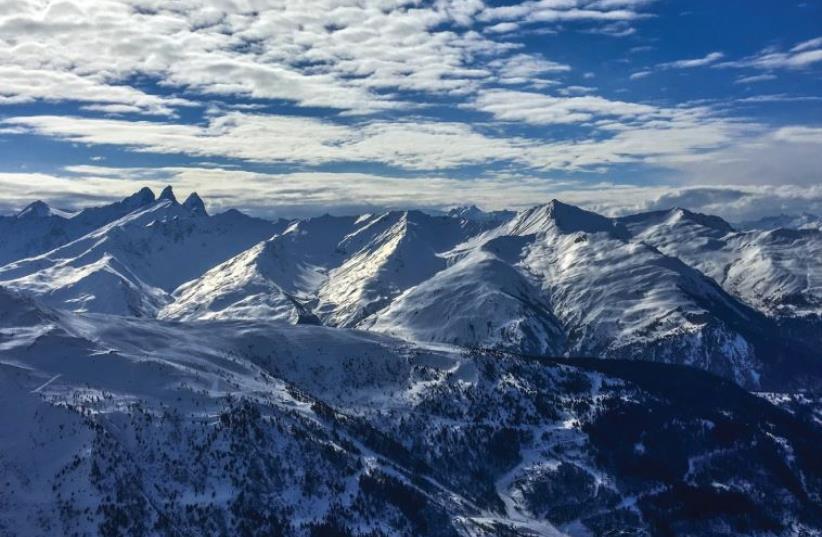 Rhône-Alpes
(photo credit: REUTERS)
Advertisement
I did not expect such a quick confirmation of my fears for Europe’s future.I had intended to enjoy my holiday skiing in the French Alps and, perhaps, to write an article extolling the beauty and peace of the snow-covered mountains and the deep blue sky. Winter in Europe – a break from the daily shootings, stabbings, rock and car attacks that have once again become part of life in Israel.I was staying in a chalet run by an English ski company, together with some 20 other skiers, mostly from the south of England. Sitting round the supper table, enjoying my (special, pork-free) meal, I was surprised to find that Israel was not the center of the world. There was no interest in life in Israel, or how we cope with the daily threat of terrorism.There was no animosity, just complete ignorance and indifference. The most important event was an upcoming rugby match that generated a lot of impassioned discussion.The level of ignorance was astounding.I was speaking to a young well-educated man, a geologist by profession.On learning that I was a Jew, he told me that he had never understood why the Jews in Nazi Germany had not saved themselves. Somewhat puzzled, I asked how they could have done that. Well, he replied, they could have done what Hitler wanted. Even more puzzled, I asked what Hitler had wanted. His answer was simple: Hitler had wanted the Jews to convert to Christianity.I tried to steer the conversation toward the wave of refugees pouring into Europe, with not a few making for the United Kingdom. Surely there must be worries that the ever-increasing number of Muslims will change the face of England. Not a problem, I was told, the UK is a multicultural paradise where all are welcome. Racism is strictly illegal, as evidenced by last week’s rather strange story of the man who was arrested for using a racial insult in an argument with a parking attendant – he had called the attendant “English.”Not wanting to spoil the atmosphere, I did not point out that this did not seem to apply to insults to Jews – Vicki Kirby, the vice chair of the Woking branch of the Labor Party, tweeted that Jews have “big noses,” but was not arrested.But what of the dangers, I asked.Among the many peaceful immigrants there will be a hard core of dedicated Islamists who will stop at nothing to impose their ideas on the rest of the country.No, no, I was told. This is just exaggerated fear-mongering. This could never happen in England’s green and pleasant land.The snow was deep and crisp and even, and the skies clear. We skied a beautiful run named Jerusalem (ski enthusiasts will have guessed that I was in the Three Valleys). I suggested that next year we might find that the run had been renamed Al-Quds, but nobody had the faintest idea what I was talking about.On our way home we stopped for a couple of days in Geneva. By chance, we found ourselves outside the United Nations headquarters just in time to join the demonstration against the UNHRC’s anti-Israel bias. A small group of Israel supporters, mostly non-Jews, had come to hear speeches by MK Yair Lapid and others. We heard a well-reasoned and very depressing condemnation of the world body, but none of the passersby took any notice and the handful of riot police, on standby, were not needed. It seemed that discrimination against Israel was of no interest to the good people of Geneva and they were happy to join the rest of Europe on the slippery slope to Islamic domination.It was only when we reached the Geneva airport that we learned of the horror that was taking place in Brussels airport. It was a surrealist experience, sitting in the comfortable departure lounge sipping my coffee, chatting to an unescorted and unguarded Lapid while watching people dying in an identical lounge only a few hours distant. I wondered what my English fellow skiers were making of this fine example of Islamic multiculturalism.Safely back in Israel, we took a taxi from Ben-Gurion Airport to our home in Rehovot. We chose the on-meter option instead of the fixed-price fare, as we live on the outskirts of town and didn’t want an argument over the extra distance. The driver used Waze, which avoided the worst of the traffic but took us on a longer than usual route.Some three-quarters of the way home the driver turned off the meter as he thought we would be paying too much.All our efforts to get it turned on again failed. Reaching home, we tried to pay more than the meter charged, but the driver refused – we had paid enough.Only in Israel.