Which story will be told of our time? President Donald Trump has taken up the old banner of America First – whether by intention or accident we cannot know – but the same impulses lie behind it. 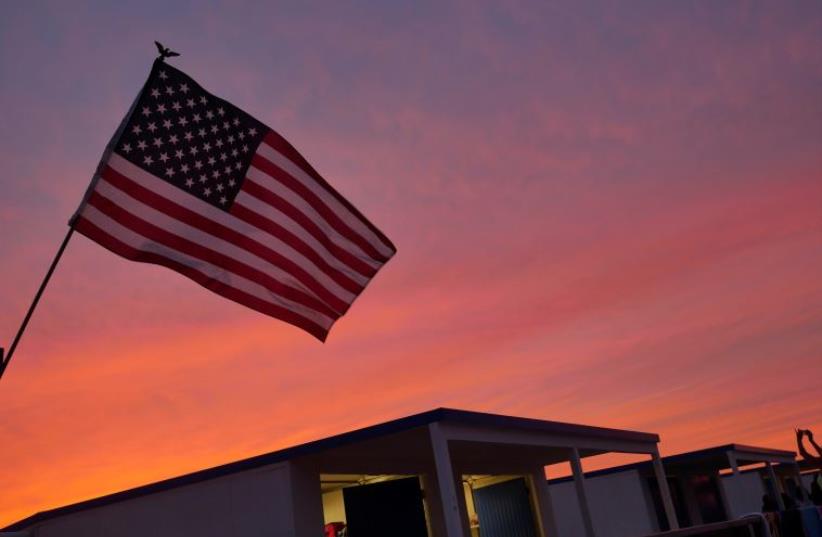 American Flag
(photo credit: REUTERS)
Advertisement
My father, Paul Mayer, arrived in the United States in the summer of 1947, a refugee from Frankfurt, Germany, a half-Jewish Holocaust survivor who spoke little English and possessed no money. He lacked even a high school education because the Nazis had not allowed him to go to school. All he had was a dream.America welcomed my father and he embraced America. Generous people in Cincinnati took him in and gave him a job.The University of Cincinnati overlooked his lack of a high school degree and admitted him. When he graduated, Cornell University offered him a graduate scholarship, and, 10 years after arriving in America, he completed a PhD in civil engineering.In 1959 he took a job teaching at Georgia Tech, in Atlanta, where he became a muchloved professor. There is a small park at the heart of the campus dedicated to his memory.At his funeral, hundreds whose lives he touched joined in singing “God Bless America.”My father’s story is not unique. It is the story of countless others who came to America seeking relief from persecution, hunger and fear, drawn by the promise of freedom and a better life for themselves and their families. It is the story of America. A story of a generous country, a beacon of hope for the world, symbolized by a statue and its promise: “Give me your tired, your poor, your huddled masses yearning to breathe free.”There is another story, though, a cautionary tale for our time.My grandfather, Friedrich “Fritz” Mayer, Paul Mayer’s father, was a Jewish merchant in Frankfurt. A veteran of WWI, he had married a Christian woman, started a small dry-goods store, and did well enough to sponsor his son Paul’s youth soccer team.Then, in 1933, Hitler came to power. In 1935, Friedrich’s store was confiscated. In 1938, he was one of the first to be taken to the new Buchenwald concentration camp.He was released in the spring of 1939, a broken man, forced to sweep the streets of Frankfurt wearing the Star of David. Like so many Jews in Germany, Fritz had found it impossible to believe what was about to happen. But after Buchenwald he knew and he sought refuge for his family in America.In the US, though, there was strong opposition to letting Jewish refugees in. At the forefront was the America First movement, embodied by the antisemite and Nazi sympathizer Charles Lindbergh. President Roosevelt, for complicated reasons, chose not to take them on, and America closed its doors.In 1943, unable to escape, my grandfather was rounded up by the Gestapo, shipped to Auschwitz and murdered in the gas chambers.Friedrich’s story was not unique. It was the story of countless others who looked to America in their hour of need. And it is a shameful episode in the American story.A moment when fear overcame our better angels, when we lost track of what makes America, America.Two stories of America. My father’s and my grandfather’s. One heroic, one tragic.America at its best and its most shameful.Today, we are confronted with a choice: Which story will be told of our time? President Donald Trump has taken up the old banner of America First – whether by intention or accident we cannot know – but the same impulses lie behind it. In its name he is exploiting the false fears of Muslim refugees, people who are the victims and not the perpetrators of terrorism, people whose lives are at risk because they aided our troops in Iraq or sided with the US-backed opposition in Syria.No country can have a completely open border. We are right to be vigilant about who enters the US. Certainly in these times.But this ban does nothing to make America safer.The Muslim refugees are not the danger.They are in danger.The real danger is that we forget the story of America that is our greatest asset, the dream that has been our aspiration and the world’s inspiration, the dream that has always, in the end, conquered our fears and called us back to who we really are. Trump’s version of “America First” is a threat to that story. By affirming the worst tales told of America by our adversaries, it gives aid and comfort to those who would portray America as the enemy of all Islam.The way forward is not to put America first; it is first, to be America.

The author is professor of public policy, political science and environment and director of The Center for Political Leadership, Innovation and Service (POLIS) at Duke University.
Advertisement
Subscribe for our daily newsletter