FOR ZION’S SAKE: Ending the cycle of coalition crises

In such a system, politicians like Ya’alon, Liberman and Bennett would not necessarily have an interest in showing voters how they pushed the government to the brink. 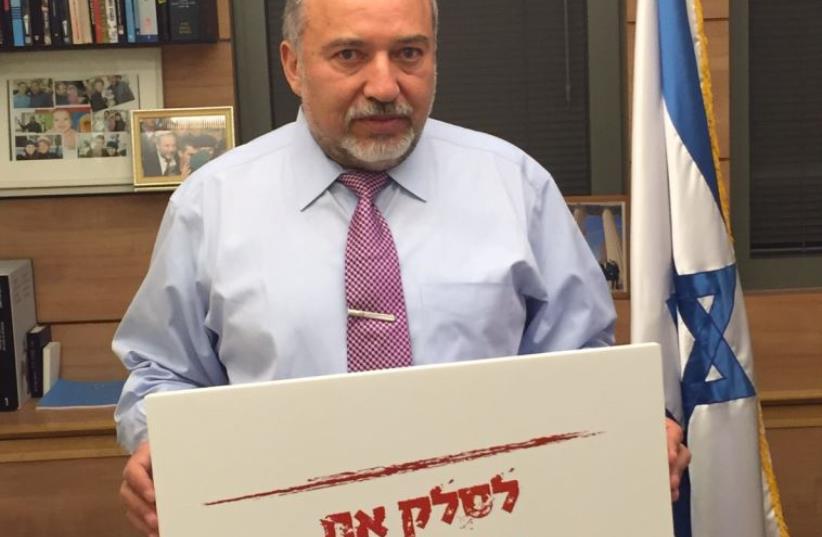 Mk Liberman campaigns against MK Zoabi
(photo credit: MK AVIGDOR LIBERMAN SPOKEPERSON)
Advertisement
The latest coalition crisis – defense minister Moshe Ya’alon’s departure, his replacement by Avigdor Liberman, the resignation of Avi Gabbay (formerly environmental protection minister), Liberman’s negotiations with Finance Minister Moshe Kahlon, the demands of Education Minister Naftali Bennett – has passed.It was the perfect example of the Israeli political process at work – and that is not a compliment.Though each of the players involved could claim to champion some legitimate public interest, it was more a game of egos than anything else.As a former IDF chief of staff, Ya’alon is certainly more qualified to be defense minister than Liberman.But retired chiefs of staff have served in cabinet positions other than that of defense minister. These include Shaul Mofaz, Ariel Sharon, Moshe Dayan and Ya’alon himself. And Israel has had “civilian” defense ministers before, including serving prime ministers like David Ben-Gurion and Menachem Begin and non-prime ministers like Moshe Arens and others.Ya’alon’s claim of “loss of faith” in Prime Minister Benjamin Netanyahu was hard to believe since Netanyahu’s policies have remained about the same since Ya’alon first became a minister.Likewise for Ya’alon’s alleged concern with extremism in the IDF – a concern he hardly aired in public before.More likely Ya’alon’s ego was wounded when he discovered that his position was being negotiated out from under him. His announcement that he would one day return for the crown indicates that his ambition for higher office and sense of self-importance were also significant factors in his resignation.Liberman also worked with Netanyahu for years in various capacities. Not long ago, at the conclusion of the 2013 elections, Liberman declared victory (despite overseeing a loss of 11 mandates for the Likud-Yisrael Beytenu list) on the grounds that Netanyahu’s leadership was saved.So why did Liberman not join Netanyahu’s current government? A difference in policy does not appear to be the only reason. When Liberman refused to join the government (and began to attack Netanyahu constantly) he complained that the government would not advance the proposed nationality law. Yet that bill did not appear to be on his mind during the recent negotiations to join the coalition. Nor is there any indication that Israel will have a more aggressive defense policy today than it did before he was sworn in defense minister.It appears there was a personal distancing between Netanyahu and Liberman, and now a reconciliation. Liberman likely apologized for the things Netanyahu described as having been “said in the heat of argument which should not have been said,” and promised to behave better in the future (“I underwent surgery to lengthen my short fuse,” Liberman joked).As for Liberman’s political motivations – stopping his party from hemorrhaging mandates to the Likud and Bayit Yehudi – those were more than satisfied by becoming defense minister.Then there is Bennett, who threatened to vote against Liberman’s appointment as defense minister.From news reports on cabinet discussions during Operation Protective Edge and on the leaked State Comptroller report, it appears that Bennett had some justification for requesting a military secretary be appointed to better inform the cabinet of military matters.But why did he raise the demand when the defense minister during the war resigned and was being replaced by Bennett’s ally in the cabinet during Protective Edge? It seems that when a government is in flux, demands must be made, especially when the leader of a smaller party, Liberman, is receiving the portfolio that the leader of a larger party, in this case Bennett, himself desired.Admittedly, asking “why can’t we all just get along?” is pointless in politics.But it should not be too much to ask that the executive branch not operate like some reality show, where participants are forced together so their egos collide for the audience’s amusement.Nor should the public have to worry that the government will fall within a year or two of elections because of politicians’ ambitions.On the other hand, government stability is not the only goal. In Turkey, where there is a 10 percent threshold, the government is very stable, as it is in many other countries whose political systems we would not emulate.There is also a democratic value in having the political interests of different segments of society peacefully clash and compromise.Yet democracy does not have to be followed by instability. There are political systems which are both democratic and stable, in which the majority’s will can be done without trampling minorities. The governments of Canada, Britain and France, for example, all depend on the confidence of the legislature, but are all more stable than Israeli government. What is more, their democracies are world renowned.These countries’ political systems share a feature that Israel’s does not: a legislative house whose members are elected directly by the public in districts. Such elections enable large enough pluralities to be won by a single faction to allow for stable government, but do not come at the expense of a representative legislature.In such a system, politicians like Ya’alon, Liberman and Bennett would not necessarily have an interest in showing voters how they pushed the government to the brink. And tensions between them would not likely cause a government to fall.It is time that Israel considered the electoral reform of district representation in order to end the cycle of coalition crises and to let politicians’ ambitions drive good government, instead of tearing it down.