In defense of provocation

The op-ed author’s rhetoric treats the injustices we face regularly as normative and ultimately misses the fundamental question: why do women not have equal access to Torah? 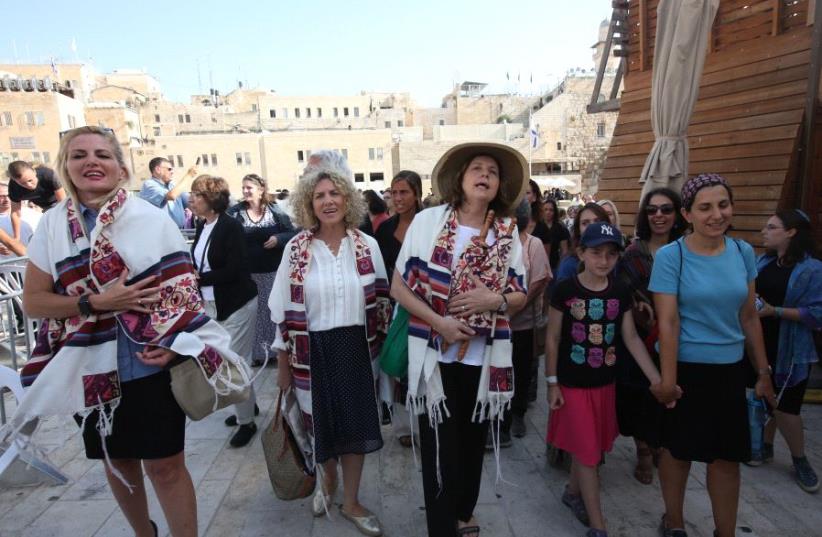 Women of the wall
(photo credit: MARC ISRAEL SELLEM)
Advertisement
Between conversation and confrontation lies a spectrum of engagement, ranging from courteous to callous, curious to critical. A recent JPost op-ed posed the vital question of where exactly Women of the Wall, and the nexus point it represents between divergent images of Jewish progress, stands along these poles.There is one label Women of the Wall has been given, including by the author of the misinformed op-ed: provocative. I am used to hearing this term thrown our way, meant to stifle WOW’s upward progress in challenging Israel’s ultra-Orthodox monopoly on religious affairs. And I say yes, we are indeed “provocative.”Insofar as we provoke thought and reflection on the part of the Jewish community in Israel and worldwide, we are certainly provocative. To be provocative is to draw attention to the damaging effects of the current state of affairs, challenging its norms. This catalyst to action is what keeps our society growing stronger and more in line with its own values of democracy and inclusion.Under the guise of promoting the “spirit of Jewish unity,” the op-ed author herself draws clear divisions between her perceived “us,” mainstream Orthodox Jews, and “them,” Women of the Wall and progressive Jews from a variety of Jewish affiliations. In the same breath as it advocates for supposed tolerance, the article poses charged assumptions that “[d]elegates from the GA will return to Tel Aviv after praying with Women of the Wall full of indignation about... terrible religious women.”When I witness monthly the moments of mutual inspiration shared between Jewish women from different backgrounds, young and old, dancing and supporting each other fully, this sort of negative judgment rings unfamiliar. It is a shame that anyone would assume the worst of one’s fellow Jewish women.For nearly 30 years, we have invited women from all affiliations to join in song and prayer, aspiring not, as the author presumes, “to change ancient traditions,” but to encourage each woman to tap into the living body of Jewish traditions in her own way. “And everlasting life has been planted within us,” we bless over the Torah. We know it is our birthright as Jewish women: to speak the words of our sacred Torah out loud, especially at the Western Wall.Our monthly services unite more than 150 women on average, along with a large parallel audience throughout the world following by livestream and sharing messages of support. Our prayers draw attention from allies and critics alike, but describing women’s Rosh Hodesh services as “headline-grabbing confrontations” reflects not on WOW’s actions but on a climate of intolerance, one the author accepts unflinchingly and uses to paint WOW as provocateurs. One only need to examine the countless videos and photographs of Rosh Hodesh with WOW to debunk these blatant falsehoods.The op-ed author’s rhetoric treats the injustices we face regularly as normative and ultimately misses the fundamental question: why do women not have equal access to Torah?While more than 100 Torah scrolls are held on the men’s side of the Western Wall prayer plaza – available for use by any man at any time – numerous women have been arrested and assaulted for bringing in their own Torah scrolls for services. While we face baseless claims of “stoking discord,” WOW attempts to make available areas of Jewish practice which Rabbi Rabinowitz and the Western Wall Authorities attempt to withhold from half the Jewish people, purely for being women.The Western Wall, where the IDF holds swearing-in ceremonies, where officials from around the world visit regularly, where in 1967, brave paratroopers declared the ancient site once again in our – and all of our – hands. It is not a private ultra-Orthodox synagogue.While the op-ed author’s critical voice portrays both the Jewish Federations of North America and Women of the Wall as contrary to the interests of Israeli and world Jewry, the voices of the people continue to proclaim otherwise. The assertion that WOW’s supporters are somehow “other” or “outsiders” to the broader Jewish community in Israel and beyond is the antithesis of inclusion and unity.WOW’s vision of harmony, unlike the sort of “unity” that demands conformity, is one that invites all to partake in tradition, in her own way, with mutual respect for one another. Our hope is to raise the Torah in the air, pointing and proclaiming, “This is the Torah that God placed before Moses before the People of Israel,” as a reminder that this living Torah, and this meaningful wall, are here for all.The writer is the head of Israel Religious Action Center and chairwoman of Women of the Wall.