Sunday’s elections should not be confused with the true spirit of reform that characterized 2009. 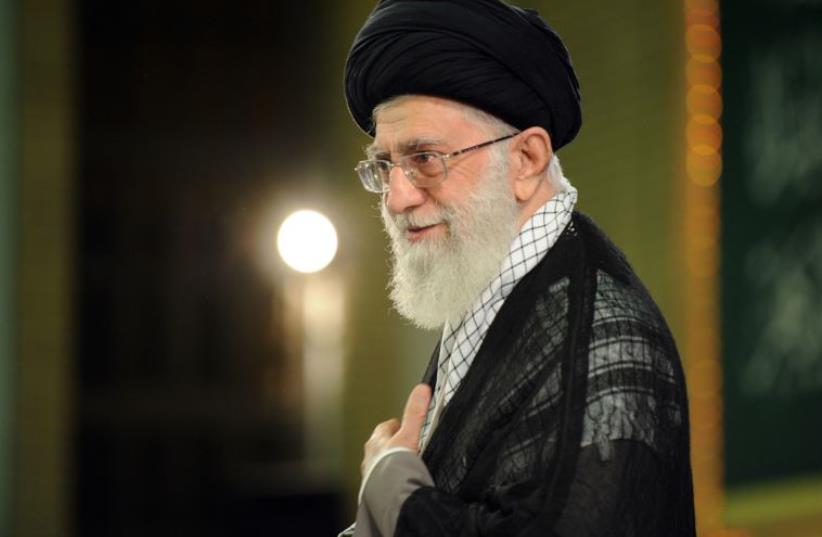 Iran's supreme leader Ayatollah Ali Khamenei
(photo credit: HO - / IRANIAN SUPREME LEADER'S WEBSITE / AFP)
Advertisement
Based on accounts in a number of major news outlets, one could easily reach the conclusion that Iran is on the cusp of major reform.French news agency AFP, for instance, described the success of pragmatists loosely aligned with President Hassan Rouhani in the elections in Tehran as a “major fillip” for the president that signaled “overwhelming public backing in the capital for his landmark nuclear deal with world powers.”The New York Times quoted Saeed Laylaz, a pro-government activist and economist saying, “all these people, the majority of the eligible voters, have spoken out against hard-liners.” Laylaz also predicted that many of the independent candidates would end up supporting Rouhani.But as The Jerusalem Post’s Middle East correspondent Ariel Ben Solomon noted in Monday’s paper, it is a bit premature to expect the Islamic Republic to undergo any major changes.Admittedly, there were a number of positive developments in Sunday’s elections. A record number of women were voted into the parliament. About 20 women (out of 290 seats) are expected to enter the Majlis, up from nine presently and an all-time high of 14. And many of the women are quite impressive. Take Fatemeh Hosseini for example. She is a 30-year-old engineer fluent in English and Spanish who is a member of the Iran-Spain Friendship Association.Also, a few hard-line terrorists appeared to have been pushed out by more pragmatic candidates. One of them was Ali Fallahian, a former head of Iranian intelligence who is on the official wanted list of Interpol for his role in the 1994 bombing of the Jewish community center in Buenos Aires that killed 85 and wounded hundreds.Still, it is important to understand a few basic facts related to the elections. Only candidates vetted by the hard-line mullahs were permitted to run. Some of the most popular reformists were barred from participating precisely because of their popularity. Iranians who oppose the regime had no other option but to vote for Rouhani and Ayatollah Akbar Hashemi Rafsanjani, the so-called reformists. Rafsanjani was president at the time of bombing in Buenos Aires.Also, while “reformists” performed well in Tehran, the nationwide picture is much different. The hard-liners seemed to do better than the pragmatists elsewhere in Iran and many of the independents who have been annexed to the pragmatists by wishful thinkers are in reality quite fundamentalist in their outlook as are many of the “pragmatists.” Indeed, the difference between the hard-liners and the pragmatists has more to do with strategy than principles. And as Meir Javedanfar, a lecturer on Iranian politics at IDC Herzliya noted on a post on his website, “because there were so many unknown candidates approved by the Guardian Council, it’s difficult to know to which camp some of the winning candidates belong.”The Iranian mullah regime is exploiting the elections as a way of strengthening its legitimacy. But even if the elections were conducted in a truly democratic fashion and candidates were not disqualified en masse, the parliament, also known as the Islamic Consultative Assembly, has no real powers. As its name implies, the parliament fulfills more of a consultative function.The hard-line mullahs have a powerful apparatus that controls all of the most important institutions, including the intelligence service. There is little chance that this power would ever be relinquished through a peaceful democratic process. Even the elections to the clerical council that is technically in charge of naming a successor to the supreme leader when he dies has no real power. When 76-year-old Ayatollah Ali Khamenei dies, the mullahs will in all likelihood bypass the council and permit only pre-selected candidates to run.In the 2009 presidential elections it seemed for a short time that the mullahs might actually be challenged by real reform. Millions took to the streets to challenge the fairness of the vote. But the uprising, which received no support outside Iran, was put down violently. The opportunity passed. Sunday’s elections should not be confused with the true spirit of reform that characterized 2009. The purported gains of so-called “reformists” in parliamentary elections are unlikely lead to real change.