‘Israeli hi-tech can transform Africa in every critical domain’

God endowed Israel with its specific responsibility to shine as a light unto the nations. It is time perhaps for Israel to turn on the lights in Africa. 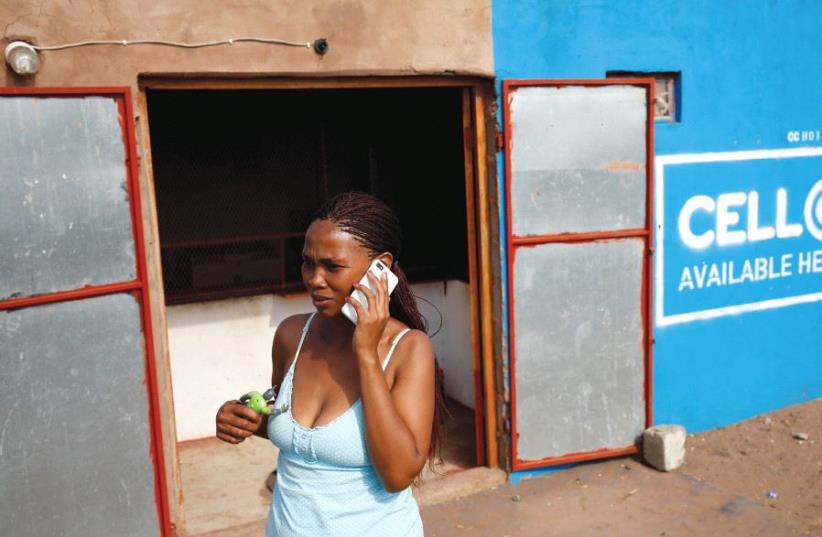 Woman in Africa talking on a smartphone
(photo credit: REUTERS)
Advertisement
God created the world in six days, folding an ambitious workload into a tight schedule. A Congo legend has it that, with the clock ticking and sunset of the first Shabbat approaching, God offloaded all remaining resources across Africa.Today, with the international geopolitical equilibrium being trumped, shaken and stirred, opportunities may emerge for businesses poised to engage with Africa.Illustrating the scope is the $220 billion of China-Africa trade recorded in 2014 and forecasts of more than $100b. a year for 20 years needed in African infrastructure spending, as well as significant amounts in other sectors. What needs to happen to bring this about? Today, punching above its weight in global hi-tech is Israel, with a world-class technology base in areas indispensable to African development.Israeli agro-tech, along with water, irrigation, health and solar, desalination, and mobile telephony and services, are standout priorities for dozens of African heads of state and their governments. Africa desperately requires higher-yielding food crops, more electricity and better infrastructure.The Brookings Institute highlights Africa’s 200 million hectares – almost half of the world’s uncultivated land – that could be brought into production.Israel can engage with the experience, agility and smart entrepreneurship of the country’s extended family of technology leaders.Alongside Israeli tech businesses, Israel’s universities and research centers have a strong role to play in developing novel solutions to unblock African choke points.Bulking up its best-of-class businesses and entrepreneurs and in partnership with right-minded African governments, Israel can bring tailored solutions to problems, helping break the back of inertia, seemingly intractable challenges and corruption.Bundling its services and knowledge into a branded IsraelTech solution to well-defined African problems is an opportunity for Israel to measurably move the continent’s development needle.Utilizing its knowledge, experience and imagination, Israel can substitute improvised operating conditions that skim across the currently underpowered African domestic chains of command, communication, distribution and logistics.A development force multiplier, IsraelTech has the ability to create the physical and mental scaffolding to radically reset the African perspective on development.Using state-of-the-art technology to leapfrog 20th-century systems is a popular third world aspiration. Israel can design national Smart Tech Nets to upgrade African economies, sidestepping previous-generation systems to deploy advanced methodologies that systematically leapfrog existing underperforming practices.The World Economic Forum points out that Africa is a world leader in digitizing cash, stressing that electronic retail payments create data which leads to credit history that supports lending which in turn creates investment.A Visa-commissioned Moody’s Analytics study reports that in emerging markets between 2011 and 2015, a 1% rise in card usage produced a $29b. increase in consumption.Israel’s founding fathers pinpointed Africa as a destination appropriate for Jewish compassion and material aid. A 21st-century upgrade of this pioneers’ principle fits well with today’s Israeli tech edge.Opportunities exist for post-army Israeli youth to work in Africa, applying their knowledge, energy and chutzpah to help African states move to a path of accelerating growth.COUNTRIES LIKE the DRC and Zimbabwe will catapult forward with Israeli input, rapidly transforming their development prospects into high-performance momentum.A post-Zuma, sanitized South Africa opens an attractive, game-changing future market for Israel and for South Africa.Nigeria, a corruption-anesthetized colossus that has leaked a Pacific Ocean of money and opportunity, is a giant with massive turnaround potential once empowered with Israeli tech input.African countries where Israeli firms have already quietly established successful operating businesses respect Israel and offer strategic investment opportunities.Africa and Israel now have an extraordinary opportunity to combine forces to create sustainable growth. IsraelTech can transform the wellbeing, growth path and security of populations, assisting right-minded African governments lift their electorate up the development ladder.Courting Africa’s diplomatic support and wire-cutting the voting veto at international forums is a key but secondary objective.Becoming the flywheel of Africa requires Israel to adopt an oblique strategy focusing on entrepreneurial investment. The diplomatic, public relations and global social media effect will follow on the reframing of the African diplomatic and civil society mindset.Stating that Africa is a $100b.-plus opportunity for Israel is not succumbing to the seduction of big numbers or the sweet talk of blue-sky scenario planning.Crunching the numbers of an expanding 1.2 billion African population, the world’s youngest, with 20% of the world’s land area, 16% of global population, and dominant or major supply of cobalt, platinum, copper, chromium, tantalite, manganese, uranium and coltan, and leading positions in other resources, produces a powerful development template.The caveat being that Israeli hi-tech and entrepreneurial agility is a necessary but insufficient condition to stimulate the acceleration of African progress.Complementing its hi-tech, Israel can integrate behavioral psychology, reformatting Kahneman, Twersky, Ariely, Thaler and Sunnstein’s recommendations to precisely match African needs.Israel can help embed African Behavioral Insight Teams or “Nudge units,” facilitating effective intrinsic and extrinsic motivations, behavioral incentives and operational and logistical pathways for Africans to accelerate development.The Economist writes that Africa’s past has long been defined by commodities, but its future rests on the productivity of its people.The legend continues that on completion of the creation, the angels quizzed God about the extraordinary resource allocation to Africa. God responded that these resources alone were useless. Only when Africa realized its human resources are indispensable would these assets be monetized.We remember that along with creating Africa, God endowed Israel with its specific responsibility to shine as a light unto the nations. It is time perhaps for Israel to turn on the lights in Africa.The author is an Antwerp-based entrepreneur and adviser on hi-tech, the international diamond trade and Africa.