After 12 years, the project has run out of funding. 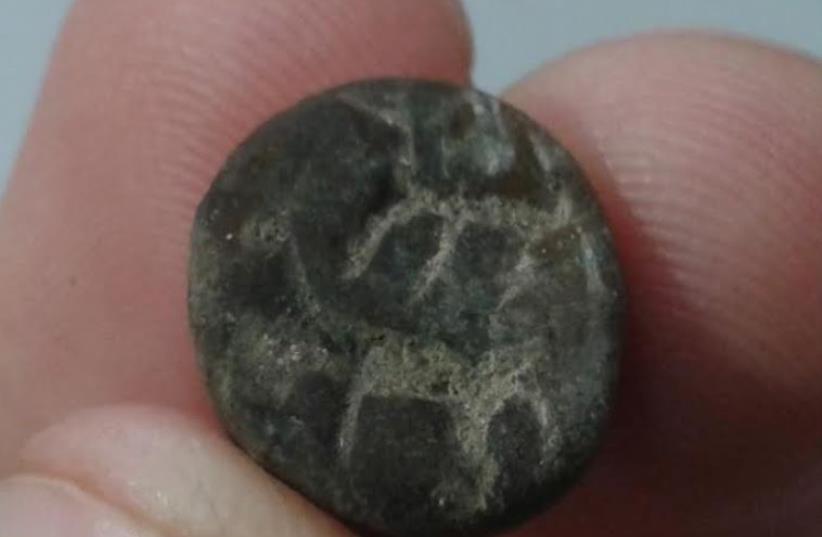 THE RARE stone seal unearthed by the Temple Mount Sifting Project dating to the 10th century BCE.
(photo credit: ZE’EV RADOVAN AND ZACHI DVIRA)
Advertisement
One of the most important archeological projects in the Land of Israel of our times – the Temple Mount Sifting Project – has run out of money and been temporarily shut down. Prime Minister Netanyahu and his government should move quickly to fund the project until completion.The pioneering project began when in 1999 the Northern Branch of the Islamic Movement and the Wakf Islamic trust violently, unilaterally and illegally plowed with heavy machinery into the ground below al-Aksa to turn “Solomon’s Stables” into a vast underground mosque.Without any scientific supervision whatsoever, they bulldozed 9,000 tons of the most sensitive and valuable dirt on the globe and unceremoniously dumped close to 400 truckloads of it all as “garbage” in the Kidron Valley. I have no doubt the Islamists were seeking not only to expand their prayer space but to purposefully destroy any traces of Jewish history on and under the Mount.In a bold move, archeologists Prof. Gabriel Barkay and Zachi Dvira of Bar-Ilan University waded into the dump, and in 2004 they started sifting it. Their initiative became the Temple Mount Sifting Project, with the goal of rescuing ancient artifacts and conducting research to enhance understanding of the archeology and history of the Temple Mount.Over the past 12 years, it has grown into a project of international significance. With the help of nearly 200,000 volunteers, half a million valuable finds have been discovered from the First and Second Temple periods, late Roman, Byzantine, Crusader and Islamic periods, and Middle Ages.This includes fragments of pottery, glass vessels, metal objects, bones, stones, jewelry, 6,000 ancient coins, arrowheads and other weaponry, weights, items of clothing, game pieces and dice, and furniture decorations; as well as fragments of elaborate architectural structures such as pillars, mosaic floors, frescoes and wall tiles, etc.This constitutes the first-ever archeological data originating from below the Temple Mount’s surface. Though the artifacts have been wrenched from their archeological context (again, nefariously so, by the Muslims), the Project has used innovative methodology and survey techniques such as wet-sifting, comparative site analysis, clustering and data mining to analyze the out-of-context finds and to secure publication of the research in the top global scientific journals. All this has transformed our understanding of the history of the Temple Mount.Among the amazing finds are a seal from a biblically known First Temple priestly family; a Second Temple silver half-shekel coin that depicts a chalice from the Temple topped by the letter alef and a three pomegranates surrounded by the words “Jerusalem the Holy”; a coin with the phrase “For the Freedom of Zion” from the Great Revolt against the Romans that preceded the destruction of the Second Temple; and Temple floor tiles that the project has painstakingly pieced together (using architectural computer technology) to reveal richly geometric Roman-era mosaic paving patterns.To date, about 70% of the debris removed from the Mount has been sifted. The project needs NIS 8 million over the next four years to resume sifting of the remaining 30% of the debris, and to continue scientific research and publication efforts. Until now, for 12 long years, private donations and the Elad/Ir David Association have funded the project. Now it is time for the government to back the project generously.Last December, Prime Minister Netanyahu expressed warm support for the project.In addition, Ministers Ze’ev Elkin and Miri Regev have announced establishment of a Temple Mount Heritage Foundation which would logically be a strong backer of the sifting project – but no funding has been forthcoming. The Antiquities Authority is still deliberating the matter.The Temple Mount Sifting Project’s indefatigable leader, Prof. Gabi Barkay, says that there is a sad double irony about the current situation. First, this project is more important than ever in the face of ramped-up Palestinian “Temple denial” – the claim heard increasingly from Mahmoud Abbas and Islamic leaders that there is no Jewish history in Jerusalem and no temples ever existed on the Temple Mount. The Palestinian even secured a UNESCO resolution last year confirming such denialism.Second, Israeli government leaders and pro-Israel advocates everywhere today point proudly to the finds of the sifting project as proof both of the Jewish people’s roots in Jerusalem and of the loving care with which Israel treats sacred sites in Zion – and rightfully so. Yet when the young archeological student Zachi Dvira (Zweig) began to single-handedly survey the dumped relics in the Kidron Valley back in 1999, on his initiative, he was arrested and charged by Israeli authorities for “unauthorized excavation.”(No such charges were ever lodged against the Wakf!) Only years of determined lobbying and overcoming bureaucracy by Barkay and Dvira, and their brilliant decision to make the massive sifting effort a large educational and tourism project, has somewhat salvaged the situation. They turned the Wakf’s criminal dump – a national disgrace – into a national treasure.The Temple Mount Sifting Project should be given priority government funding, very soon. It’s the least the government can do as penance for its long-standing malfeasance in countering Palestinian-Islamic aggression against Jewish history in Jerusalem and Israeli sovereignty on the Temple Mount.www.davidmweinberg.com