September 24: The meaning of ‘Jewish’

Israel is “Jewish.” Arabs and other non-Jewish minorities here have to accept this, as US Jews accept the limited sense of America’s “Christianity.” 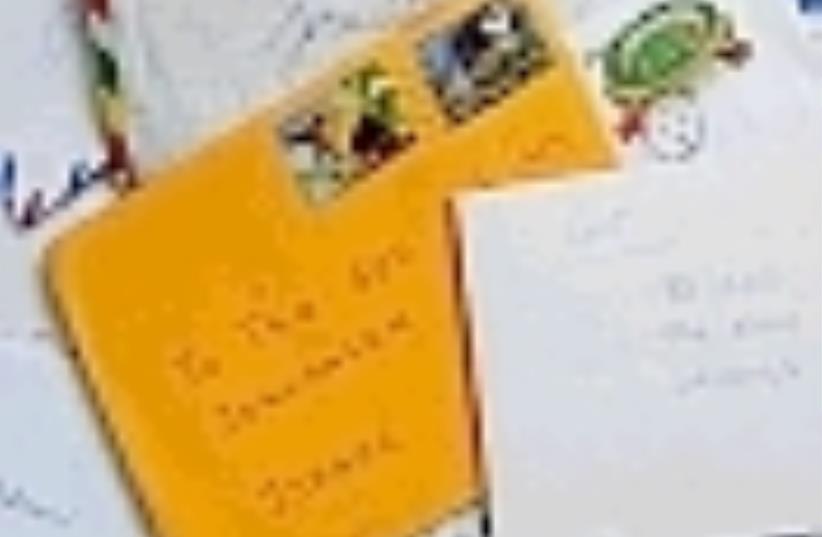 letters good 88
(photo credit: Courtesy)
Advertisement
The meaning of ‘Jewish’ Sir, – I agree with Jeff Barak (“This is no theocracy,” Reality Check, September 20), who says that Orthodox observance should not be forced on Israelis who consider themselves traditional or secular.But when he inserts the issue of our non-Jewish population, he is mistaken.America is not a theocracy, but Sunday is the official day of rest. Jews and other non-Christians are not forced to go to church on Sundays (even Christians are not). However, the government does impose certain restrictions, such as so-called “blue laws.”Israel is “Jewish.” Arabs and other non-Jewish minorities here have to accept this, as US Jews accept the limited sense of America’s “Christianity.” In addition, while America was not legally or constitutionally founded as a Christian country, Israel, in its Declaration of Independence and Basic Laws, was founded as a Jewish state.JACOB CHINITZ
Jerusalem Collecting their chits Sir, – That Tzahi Hanegbi has been garnering “character” references from his political adversaries (“Hanegbi pleads for his political life ahead of sentencing,” September 17) is hardly surprising. After all, these public officials may likely need the same courtesy from Hanegbi some day. It is not inconceivable they could all end up sharing a suite in one of Israel’s penitentiaries.Until such time as Israel becomes a true democracy with direct elections, we have to make peace with the fact that common criminals, and uncommon ones, will continue to horse-trade with one another. Alas, there is little likelihood of such democracy coming our way any time soon: Since these politicians hold the keys, the system is unlikely to change.J.J. GROSS
Jerusalem Informed decisions Sir, – There are a number of facts about Manhattan’s so-called Ground Zero mosque – largely a community center – that could reassure us.For instance, it would not be at Ground Zero at all, but two blocks away, at 51 Park Place. Also, as there are churches and synagogues in Manhattan, there are mosques too, including Masjid Manhattan, four blocks from Ground Zero, and no one has cared one way or another. There was a Muslim prayer room in the World Trade Center itself, on the 17th floor of the South Tower. Even the heart of American defense, the Pentagon, which was also a target on 9/11, has a Muslim prayer room.New York Mayor Michael Bloomberg, the Jewish Community Relations Council of New York, and the American Jewish Committee support the initiative.Imam Feisal Abdul Rauf, the initiative’s chairman, recently wrote in The New York Times that “we envision...separate prayer spaces for Muslims, Christians, Jews, and men and women of other faiths. The center will also include... a multifaith memorial dedicated to victims of the September 11 attacks.”Rauf was an invited speaker at a 2003 memorial service for Daniel Pearl, where he identified himself as a Jew, saying “...not only today I am a Jew, I have always been one.” In addition, he has made trips to the Muslim world for American presidents, including George W. Bush, with the message of American religious pluralism.In his September 7 Lion’s Den column in your newspaper (“Americans wake up to Islamism”), Daniel Pipes, after telling of his lifelong struggles against this phenomenon, points out that “my allies often fail to distinguish between Islam (a faith) and Islamism (a radical utopian ideology aiming to implement Islamic law in its totality) .... As I often note, radical Islam is the problem, and moderate Islam is the solution.”We all need to be able to make an informed decision about how best to win the battle of ideas, using the message of the American way of life and Pipes’s message of moderate Islam against Islamist extremism and terror.JAMES ADLER
Cambridge, Massachusetts