My word: Send in the clowns

These particular clowns came from Spain last week to protest Israeli policies next to what they describe as the Apartheid Wall near Jerusalem. 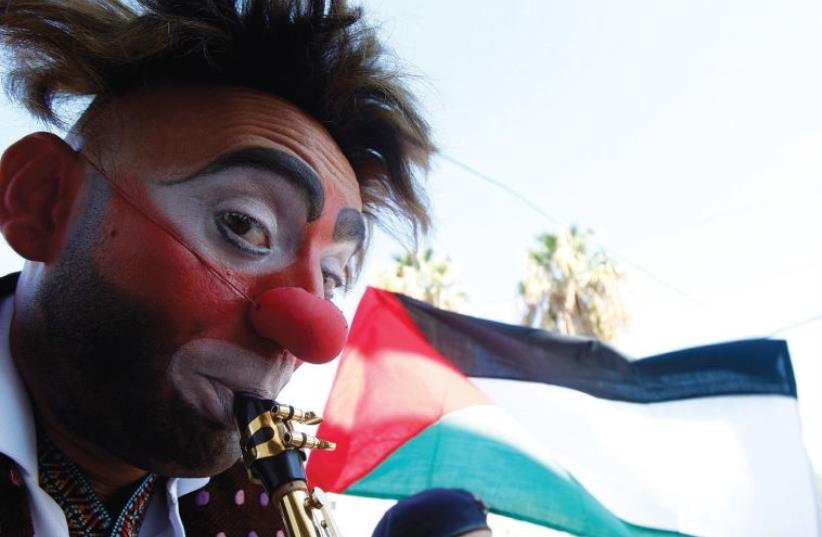