If the government aggressively takes on deeply ingrained practices that drive up the prices of everyday items in Israel, then it may have found its legacy issue. 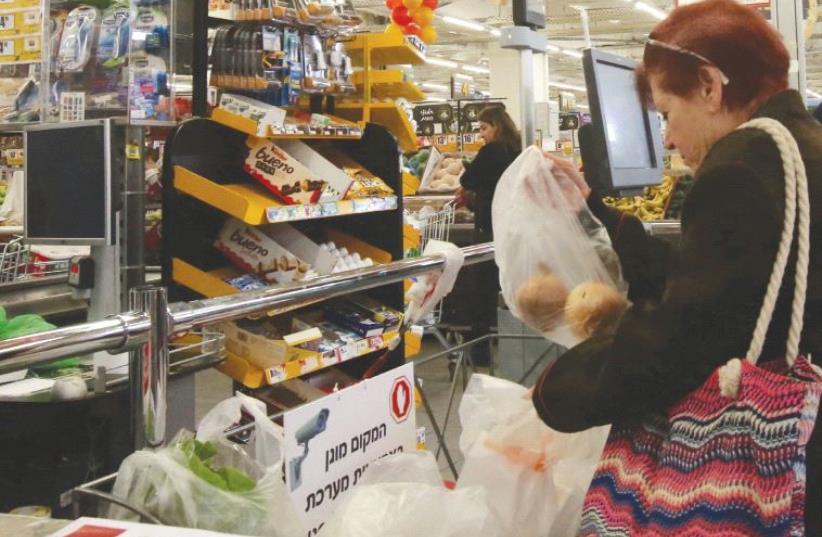 It has been a tough couple of weeks for Israel’s supermarket chains in general, and Shufersal in particular.

It began with a recent news report on Channel 12 that found that goods on Shufersal’s online site catering to the haredi public – Shufersal Mehadrin Direct – were significantly cheaper than the same goods offered on the supermarket’s “regular” website. Prices for some 2,000 identical items were 10%-20% cheaper for those living in ultra-Orthodox neighborhoods like Bnei Brak, where there was delivery, than for people who lived in other parts of the country not served by the mehadrin site.

Following a public outcry, Shufersal did not lower the prices of the items universally – as might have been expected – it just suspended the discount website.

If that was not a big enough headache for the chain – with some vowing to boycott its stores because of its discriminatory policies (why should haredim be charged less for toothpaste and frozen salmon than the rest of the population?) – on Tuesday, the Competition Authority raided Shufersal’s offices and questioned its chief executive about alleged price collusion.

But this time Shufersal was not alone, as the offices of the Strauss Group were also raided, with its executives also called in for questioning, along with officials from the Victory supermarket chain, Diplomat Holding food importer, and Rami Levy, the owner of the chain of food markets that bears his name. Levy was ejected from a meeting of the Knesset’s Economics Committee on Wednesday that discussed increasing competitiveness in the food industry.

According to the price-fixing allegations, supermarket owners signaled to one another that it was time to raise prices by giving interviews in recent weeks warning of imminent price hikes. If one supermarket executive says price rises are coming, according to this theory of collusion, he is essentially telling his competitors to go ahead and raise their prices as well.

For the consumer, the specter of higher food prices, on top of already exorbitant housing prices and recent increases in gas prices, is a stinging blow.

For this government, however, it could mean opportunity, an issue that can unite all elements of the disparate coalition. Yamina, Meretz, Ra’am and New Hope may not agree on the Palestinian issue, policy toward the Negev, or how to deal with Gaza, but they can all agree on the need to bring down the country’s cost of living.

While perhaps not as sexy an issue as peace with the Palestinians, if the government aggressively takes on deeply ingrained practices that drive up the prices of everyday items in Israel, then it may have found its legacy issue. And this government needs a legacy issue after last week’s passing of the budget, since the twin goals that defined this coalition from the start – moving Benjamin Netanyahu aside and passing a budget to ensure a modicum of political stability – have now been achieved.

One of Israel’s many anomalies has been the degree to which economic issues have seldom dominated the country’s agenda, always overtaken by issues of war and peace. Bill Clinton’s famous campaign battle cry “It’s the economy, stupid” never resonated here.

But a combination of factors could be coming together now to change that.

The first is that on the security front, things right now are relatively quiet. Though that could change, there is currently no major crisis in Gaza or the West Bank, a situation allowing other issues to take center stage – one of them being the cost of living.

Second, the ideological differences separating the eight coalition parties will prevent them from being able to tackle issues that have long dominated the political discourse: settlements, Jerusalem and the Palestinians. The parties can’t agree on these issues, so to score a success they will need to focus on issues where there is agreement. Keeping large food conglomerates from colluding to increase their profits is an easy target. All the parties can agree, and the public will applaud.

The stars have briefly aligned to enable the government to tackle an issue that affects the lives of every Israeli. But it needs to act swiftly and with determination before another crisis sweeps over the land, making the prices of toothpaste and frozen salmon again seem inconsequential.