There is irony in calling such agreements “gentleman’s agreements,” as though giving them such a dignified title would cover their undignified intentions.

The phrase “gentleman’s agreement” can refer to an unwritten agreement between members of an organization, such as a golf club, to prevent Jews from becoming members. The 1947 movie Gentleman’s Agreement, starring Gregory Peck, Dorothy McQuire, John Garfield, and Celeste Holm, shined a light on how Jews were treated in too many places in the US.

The movie, based on the novel by Laura Hobson, won three Academy Awards: Best Supporting Actress (Holm), Best Director (Elia Kazan), and Best Picture. In the movie, Peck played a journalist pretending to be Jewish who exposes a dislike of Jews in affluent Connecticut and New York City.

Such a gentleman’s agreement was used in 1890 by the National Association of Base Ball [sic] Players to prevent African-American players from playing on white baseball teams. That agreement would be upheld until 1947, when Jackie Robinson broke the color barrier in baseball.

A gentleman’s agreement was exercised in the US against Japanese immigrants at the beginning of the last century. Geopolitical tensions between Japan and the US were growing over Korea, the Philippines and Hawaii, so president Theodore Roosevelt wanted to calm relations between the two nations. Therefore, in 1907 Japan and the US came to a gentleman’s agreement: the Japanese government limited the number of Japanese who would be allowed to leave for the US, in exchange for the US government agreeing to protect Japanese immigrants and their families. Being a gentleman’s agreement, it was not made public and was never formally ratified. 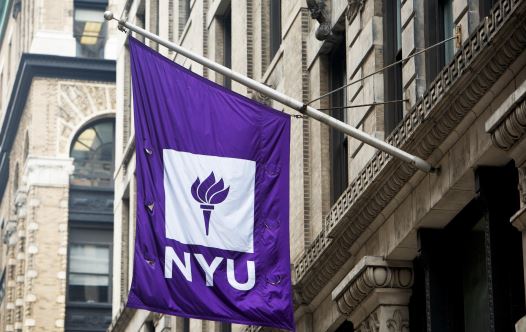 That agreement held until 1946, when Kenny Washington and Woody Strode signed with the Los Angeles Rams. In fact, Washington and Strode played football at UCLA with Jackie Robinson. Those three backfield players would integrate football and baseball.

In college athletics, gentleman’s agreements prevented African-Americans from playing basketball in the Big Ten. Other agreements also extended to other collegiate basketball and football teams, many in the North, such as Harvard, Rutgers and the University of Michigan, whereby colleges and universities from the North would not bring their African-American players to play games in the South. Which leads to the story of the Bates Seven.

Reflecting on their actions, Witkin, now 100, recently said, “It was quite an adventure, but I never had to think about it. Some of white football players came to the student council and were upset that Bates was going to be prevented from playing in the game at the University of Missouri. It was completely wrong for a northern university to collude with this.”

Rallies took place, petitions were created, and buttons produced saying “Bates Must Play, N.Y.U.-MO. Game.” Those efforts, including a demonstration of 2,000 students chanting “Bates Must Play,” did not change the administration’s position. Without Bates, NYU was thrashed 33-0.

The following spring, NYU decided to hold back three African-American members from its track team for a meet with Catholic University. The “Bates Seven” created new petitions imploring that “NYU Abandon Its Jim Crow Policy!”

That was the last straw for the NYU administration. The “Bates Seven” were brought before disciplinary hearings and then suspended. Sixty years later, in 2001, NYU would recognize and honor the Bates Seven. Witkin still finds that late recognition to be “gratifying,” and in today’s world, she says, what she and the other members of the Bates Seven did still “has relevance, as oppression is everywhere still.”

There is irony in calling such agreements “gentleman’s agreements,” as though giving them such a dignified title would cover their undignified intentions.

The heroic actions of the Bates Seven signaled that a new tide was coming to American shores: to carry away the contemptible objectives of any gentleman’s agreements that sought to limit the full integration and participation of African-Americans, Japanese, Jews and others.

In carrying on this important work, that tide continues to rise.