My last Hebrew teacher, upon noticing my recurring inability to comprehend conjugation and sentence construction, suggested I might have “FLLD.” 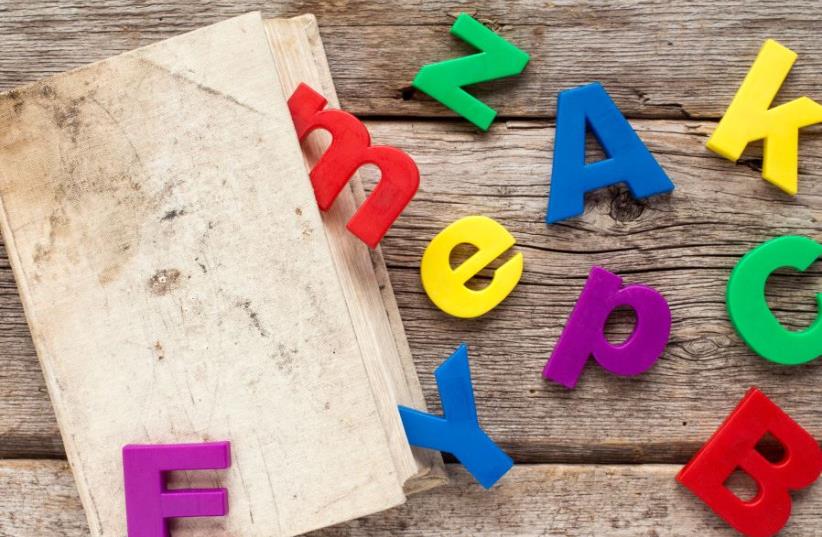 Learning language (illustrative)
(photo credit: INGIMAGE)
Advertisement
It was while visiting the doctor that I finally snapped. I had waited months to see a particular specialist.I needed some answers to an ongoing ailment – it was an important appointment.“Can we speak in English?” I said as politely as I could. It was more a statement than a question.“No,” the doctor replied.“No?” I sputtered, surprised by the abruptness. It’s the rare physician I’ve found who can’t conduct business in English.“But… I need to understand what’s happening with my body,” I explained. “My Hebrew isn’t good enough.”“No,” he repeated. “You are in Israel now. We speak Hebrew.”I get the sentiment. The revival of our ancient tongue as a common denominator for a nation of newcomers is a source of pride and cohesion. I have no quarrel with its underlying importance.But what if you just can’t do it? What if you’re no good with languages? Hebrew has always been difficult for me. I’ve taken no fewer than five ulpans during my 20+ years in the country, from five-month stints at Ulpan Etzion and Beit Hanoar in Jerusalem to the intensive daily one-on-one approach of Ulpan Or.I always seem to get to a certain point and then I hit a wall. My last Hebrew teacher, upon noticing my recurring inability to comprehend conjugation and sentence construction, suggested I might have “FLLD.”FLLD stands for “foreign language learning disability.” Originally identified by researcher Dr. Richard Sparks, FLLD reflects the difficulty otherwise bright people, who are often excellent communicators in their mother tongue, have in picking up a new language.Sparks has since walked back on his research, stating that use of the term “was premature,” but there is plenty of anecdotal evidence that FLLD is real.The website Educational Research documents several such stories.Matt is a native English speaker originally from the UK, with advanced degrees in engineering and science. He has been living in a Russian-speaking country for over 10 years, is married to a native Russian speaker and has two bilingual daughters.“After years of exposure and attempted use of a language in a native environment, I would expect to be fluent to some degree in the language,” he writes.However, “it has been an immense struggle and hugely frustrating. I would estimate that I understand only roughly 60% of the spoken Russian I hear. My ability to speak Russian is incredibly poor.”Matt admits to the same kind of difficulties with Russian that I have with Hebrew – problems with tenses, gender and adjective-related endings. “I haltingly speak the language, but with a huge number of errors and, as time passes, I do not improve,” he concedes.Robert, like Matt, lived in Germany for 10 years with his German-speaking wife and kids, “but after four attempts to learn German, I am at a loss,” he laments.Closer to home, Celeste Aronoff explains that “when I speak Hebrew, my giant box of metaphorical tools is reduced to the equivalent of a hammer, a screwdriver and a few misshapen nails. When I speak English, I can access every tool there is with finesse, grace and eloquence.”With Hebrew, she continues, “even though I feel a mystical connection to thousands of years of history, religion and identity, I am isolated from the ordinary conversation around me.” Celeste is now back in the US pursuing a master’s degree in Jewish Education.“I can actually speak Hebrew pretty well,” my friend Dan shared with me. “The problem is when people respond. Then I don’t understand half of what they’re saying and I wind up nodding and feeling like an idiot.”“What’s the problem?” my wise (and fully bilingual) daughter asked. “So you have a hard time with Hebrew. Why does that bother you?” “I can’t fully participate in life here,” I replied.“There are enough things going on in English to keep you plenty busy,” she shot back, which is entirely true. In Jerusalem, in particular, there’s a thriving Anglo sub-culture (although instead of the Cameri, we get community theater).“It’s the snarky comments Israelis make when they hear me fumbling in Hebrew,” I told my daughter. “They’ll ask, ‘how many years have you been here… and you still don’t speak Hebrew?’ And then I feel ashamed.”“That’s so unfair,” she responded.“You shouldn’t feel embarrassed. You should get angry. Fire back at them: ‘So, I’m not good in languages. What things are you not good at?’” She’s right, of course. Why should I feel abashed over any kind of limitation? My father had polio as a child. He could never play ball with me or run or roughhouse. He didn’t apologize for who he was.In the end, the doctor spoke to me in his very passable English. He didn’t fix what was wrong, but I figured out what I should say to the next linguistically combative physician I encounter.“I agree with you that it’s really important for the Jewish people in the modern State of Israel to speak Hebrew and I tried many times but I just couldn’t master the tongue. So I do my best to contribute as an Israeli using the skills that I have. Rather than chastise me for my FLLD, how about saying kol hakavod [good job] for sticking it out in Israel despite all the frustrations of not being able to communicate fully?”

■ The author is a freelance writer who specializes in technology, start-ups and the entrepreneurs behind them. www.bluminteractivemedia.com