What to pray for on Hoshana Raba - opinion

Here are a few global and national matters that we might all want to include in our crunch-time Hoshana Raba prayers. 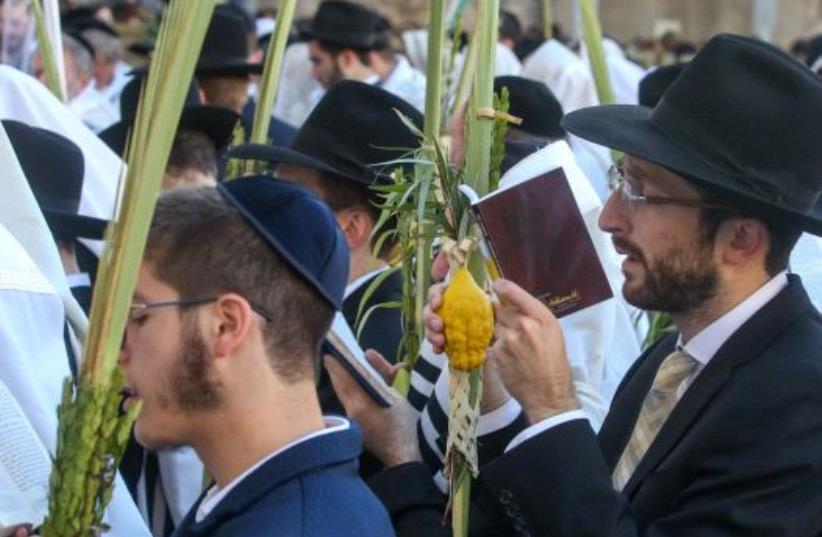 Jewish tradition teaches that the divine courts in heaven definitively close the books of life and death on Hoshana Raba, the final day of the Sukkot holiday. This includes the fate of nations as well as individuals. It is a post-Yom Kippur late appeal period. So here are a few global and national matters that we might all want to include in our crunch-time Hoshana Raba prayers:

Pray that the dangerous deterioration of American resolve, prestige and power under US presidents Obama, Trump, and Biden will come to a halt.

Pray that Afghanistan doesn’t fall into the Iranian orbit after President Joe Biden’s withdrawal of American troops from that country. Iraq too. Pray that Pakistan’s nuclear weapons can be absconded by the US before they fall into radical Islamic hands. Pray that Biden will now redirect US resources and energies into tough and winnable strategies against Iran and China.

Pray for global leaders with clarity of thought who understand the challenges of our times and appreciate Israel’s heroic struggle. Pray that the global riffraff and their corrupted international institutions – such as the UN Human Rights Commission, the International Criminal Court, and the International Court of Justice which seek to try Israeli leaders for “war crimes,” to boycott our academics, and to impose sanctions on our trade – be vanquished.

Pray like this: “Give Israel good friends, honorable allies, and the resources to be as self-reliant as possible. Make Israel strong enough to work with the world, not fight with it; free enough to contribute creatively to the world, not be crushed by boycott and demonization; stout enough to set its own red lines and to defend them, not be hobbled by feeble red (or Green) lines blithely set by others; brainy enough to be respected by the world, not bullied by it. And if necessary, give us the fortitude to go it alone (against Iran).”

Pray for the expansion of the Abrahamic circle of peace in the Middle East. (I hope that Niger, Oman, Indonesia, and Saudi Arabia can be steered next toward reconciliation with Israel.) Of course, this would be easier if accompanied of US military and diplomatic backing; stiff American resolve in opposing Iran’s hegemonic designs; and an understanding that over-prioritizing the Palestinian issue is a mistake.

Pray that Prime Minister Naftali Bennett and Defense Minister Benny Gantz act to boost Israeli deterrence, brooking no terror. This means zero tolerance for border rushes, booby traps on the fence, missile fire, incendiary kites, and the like. It means targeting Hamas leaders if they fail to maintain the current lull; striking deep inside Syria the minute IRGC bases are identified; and knocking out more Iranian nuclear sites through subterfuge – hopefully with continued clear US backing for this “war between the wars.”

Pray for IDF soldiers lying in ambush in the Hezbollah-infested valleys of Lebanon and the Iranian-penetrated heights of Syria. Pray that the string of fumbles and operational errors in our police and prison services come to an end, and that Israel regains its lean, mean deterrent posture.

PRAY FOR Jerusalem; that it remains under Israel’s wise and compassionate control. Pray that Israel has the national backbone to reassert its sovereignty in the face of increasing Palestinian Authority, Islamic Jihad, and Turkish encroachment throughout the city and on the Temple Mount.

Pray that Israel will rule emphatically in Area C of Judea and Samaria, preserving what is left of Israel’s de facto sovereign control there, by approving road and other infrastructure projects that will benefit both Jewish and Arab residents of this area, and by dismantling illegal Bedouin and Palestinian settlements that purposefully impinge on strategic routes. Pray that the government will strengthen settlements in areas of national consensus like the Jordan Valley, around greater Jerusalem, along the mountain ridge overlooking Gush Dan – and in the Galilee and Negev too.

Pray that the government will act to end minority community anarchy and lawlessness. Israel can no longer afford the purposeful and self-destructive sectarianism of its minority communities. Pray that to start with, the Israel Police and Shin Bet (Israel Security Agency) embark on a massive campaign to confiscate the tens of thousands of unlicensed weapons in Israeli Arab communities.

Pray that ultra-Orthodox leaders in Israel will realize that violent demonstrations against archaeological digs, higher education, and the military draft, and even against the light rail in Jerusalem – constitute a desecration of God’s name and do not advance the cause of Jewish faith or unity.

Pray that the government will pass Religious Services Minister Matan Kahana’s reforms of the kashrut and conversion systems, and the Chief Rabbinate will understand that these changes are for its own good as well as the future of Orthodoxy in this country.

Pray that American, Canadian, French and other olim keep coming.

Pray for all the incredible volunteers in our society, who run thousands of nonprofit associations devoted to social welfare, making Israel one of the most altruistic societies in the world. May they all be strengthened and rewarded!

Pray for Zionism, which is under assault by revisionist educators, post-Zionist politicians, a cynical media, and a public that is just plain tired. Pray that the “intellectuals” who would question Israel’s morality and just achievements fail in corroding our patriotism. Pray that we can reenergize our national spirit, to teach our children pride in the accomplishments of Zionism along with a sense of responsibility for its continuation.

Pray for Jewish peoplehood: that American Jews don’t evaporate into a haze of assimilated, amorphous, nouveau-non-identity; that secular Israeli Jews discover there is more to being Jewish than composing folk ballads in Hebrew or serving in the infantry. Pray that faith and modernity can be woven into a new tapestry uniting us all.

Pray, if you can, like the legendary Rabbi Elimelech of Lizhensk. “May it be your will, O Lord,”,he wrote, “that there be great affection and peace among all people of Israel; that we should all be guided by brotherly love and compassion; that we should accept one another and learn from one another; that we should appreciate all your living beings; and that the misfortune of one person should touch the hearts of all.”