Why should Holocaust survivors continue to suffer?

Future generations of Israelis will certainly learn of the amazing contributions of Holocaust survivors for the glory of the State of Israel. 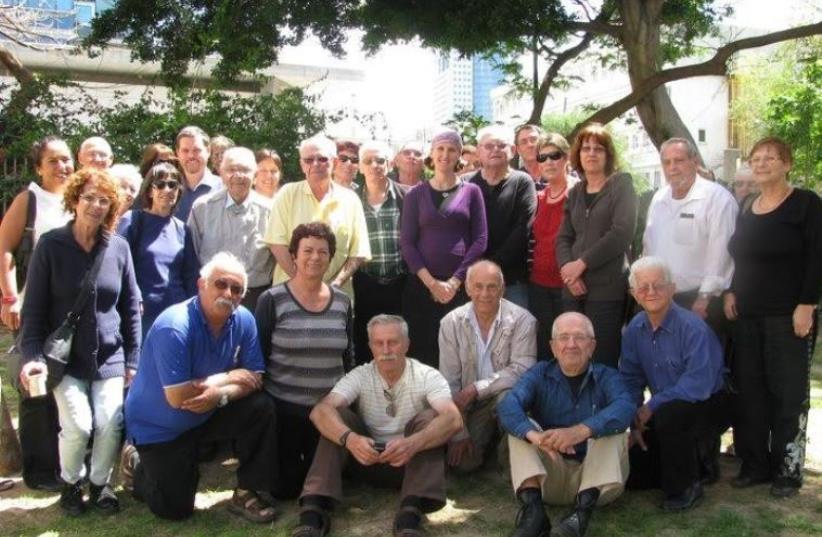 Holocaust survivors who have been helped by Aviv Lenitzolei Hashoah
(photo credit: BENI LAPID)
Advertisement
In 2007, Judge Micha Lindenstrauss wrote, “Conscience cannot bear that bureaucratic obstacles should prevent the proper treatment of these survivors who had passed through the seven chambers of hell during the terrible Holocaust that happened to the Jewish people.”Sadly, our bureaucrats are not only “preventing the proper treatment of these survivors” but are consistently playing down those survivors’ heroic sacrifices and even concealing their crucial contributions to the State of Israel. For example, the fact that nearly half of the military forces in our War of Independence were young men and women who came to Israel while still freshly traumatized from the horrors of the Holocaust and, though they came from one war zone to another, most chose to stay here, to become full partners in the establishment and development of the State of Israel.And now, in their old age, many of these people are living below the poverty line, struggling with the most basic of needs, such as food and proper health care, because the nation they chose to support and protect is letting them down.The conditions and treatment of Holocaust survivors has been documented in “From Despair to Hope and Back,” a manifesto about the slow process by which Holocaust survivors in Israel have turned from invaluable assets to some of our country’s most poverty- stricken citizens. That document was blocked from distribution to stores.However, it has been revised and retitled in Hebrew “Nitzolim Menutzalim,” or “Abused Survivors,” and made available online both in Hebrew and in English.This book shares with the public critical information on how our Holocaust survivors have been robbed of their money and their dignity.After World War II ended, the victorious Allied Forces agreed to recognize an independent German state on several conditions, including the payment of substantial reparations to the victims of the Holocaust. In a formal message in September 1951, chancellor Konrad Adenauer recognized that “unspeakable crimes have been committed in the name of the German people, calling for moral and material indemnity... the Federal Government are prepared, jointly with representatives of Jewry and the State of Israel... to bring about a solution of the material indemnity problem, thus easing the way to the spiritual settlement of infinite suffering.”This recognition ultimately led to “The Reparation Agreement,” signed on September 10, 1952 by Adenauer and prime minister Moshe Sharett in the Town Hall of Luxemburg.As a result of this agreement, “moral and material indemnity” for the German’s “unspeakable crimes” was converted into cash payments, made directly to the victims anywhere in the world – except in Israel; here, the government decided to distribute the victims’ compensation differently. Compensation for “infinite suffering” was translated by specially trained clerks from the government, hired at the expense of the survivors, who were tasked with delivering the compensation. Thus payment of these reparations was split between the government, which essentially took a “management” fee equal to about two-thirds of the restitution, and the rest of it, i.e., about one-third, to the survivors – the victims of “unspeakable crimes” during the Shoah, who moved to Israel prior to 1953.Hence, Israel is charging a double income tax on these veteran Holocaust survivors: first, income tax on all earnings, just as every Israeli citizen, and second, close to two-thirds of their reparations, paid to them by the German government for suffering they endured during the Nazi regime.The Dorner State Inquiry Committee found that “the total financial damage up to 2008 is between 1.3 and 2.2 million NIS per survivor.”Judge Micha Lindenstrauss said, “This is wrong not only from a legal standpoint, but also from a humane and public perspective.”Future generations of Israelis will certainly learn of the amazing contributions of Holocaust survivors for the glory of the State of Israel. However, they will also find out about the dark side of this period, when those survivors were abused in ways that were “wrong not only from a legal standpoint, but also from a humane and public perspective.”As a Holocaust survivor, I expect that the Israeli government, headed by Prime Minister Benjamin Netanyahu, will stop the intolerable injustice against our Holocaust survivors, and implement, without further delay, the recommendations of The Dorner State Inquiry Committee for the benefit of our few Holocaust survivors who are still alive, lest a permanent mark of disgrace forever stain the history of the young State of Israel.

The author is a stress management psychologist who lives in Jerusalem.
Advertisement
Subscribe for our daily newsletter