Zionists: Stand up and be counted in WZC vote

A vote for ZOA is a vote against BDS. 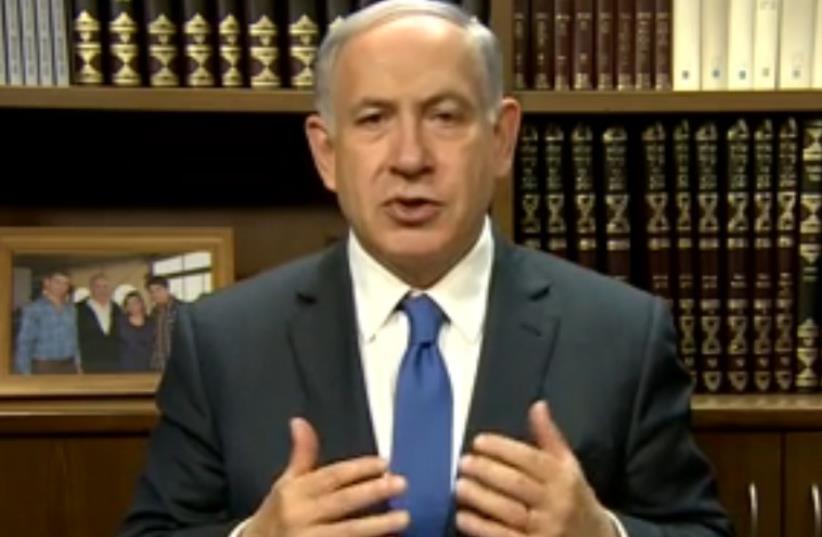 Benjamin Netanyahu
(photo credit: screenshot)
Advertisement
With our new government almost formed following a critical Knesset election, the Jewish world is now facing another crucial democratic decision: elections for the World Zionist Congress. As the campaign heats up, some have called on world Jewry to vote for sectorial slates in the hope that they will then back projects aimed at their base. Supporters of the Zionist Organization of America (ZOA) have come forward with a different message: Jews throughout the world should vote in the World Zionist Congress elections for a slate that has the best interests of all Zionists at heart.I understand how one might question the significance of these elections. It is sometimes difficult to explain why in the era of the independent State of Israel and thriving communities in friendly democratic nations a vote for the “parliament of the Jewish people” is necessary. Make no mistake, however: the WZC elections are crucial. The WZC plays a critical role in funding Zionist education in communities throughout the Diaspora, lobbying for Israel in capitals around the world, and much more. It is the WZC that promotes the centrality of Israel and Jerusalem, immigration to Israel, settling the land, and leads the fight in combating anti-Semitism. Support and funding for each and every one of those values is directly dependent on the strength of slates that put these issues at the forefront of their platforms.Diaspora Jewry does not vote in national Israeli elections, but that does not mean they do not get a say in the future of our people. This is their opportunity to vote, their opportunity to make a difference, their opportunity to play a role in the future of Zionism and the Jewish State of Israel. Voting in the WZC elections gives every Jew a say in determining which priorities receive the necessary funds for these projects to thrive.The ZOA, unlike many other slates, is not religiously affiliated. In fact, its supporters range throughout the entire religious spectrum. The ZOA’s slate is diverse not only in terms of its religious affiliation, but also its members come from all types of cultural, professional and generational backgrounds. It is this diversity that ensures that funding goes to a variety of organizations and political affiliates.The ZOA is proud to support Prime Minister Benjamin Netanyahu and his government’s tremendous efforts in support of the interests of the State of Israel throughout the world. Returning Jews to the Land of Israel is of the utmost importance to the ZOA slate. This is why they have pledged to continue to emphasize this paramount goal of the Zionist movement.Advocating for Israel’s strength at home is not enough. This is why the ZOA continues to lead the fight against BDS and other anti-Semitic organizations in international institutions on hostile university campuses across the US. It is the ZOA that fights against radical Islamic jihad and its dangerous agenda. It is the ZOA that advocates for Israel’s security strength in the halls of Washington, DC, and never shies away from demanding the immediate release of Jonathan Pollard. The ZOA fights for the protection of all Jews; the ZOA fights for Israel.This is Diaspora Jewry’s opportunity to vote for what they believe in and what they believe Zionism should be. Their connection to Israel is crucial for Judaism’s survival and now is the time to unite against anti-Semitic rhetoric and to protect Jews everywhere.A vote for ZOA is a vote against BDS, a vote against anti-Semitism, a vote against a Hamas-Fatah unity government. It is a vote for safety, security, freedom and Zionism.The author is the former adviser on Diaspora affairs to Prime Minister Benjamin Netanyahu.