Gaming has become one of the most common hobbies in the world. It’s up there with watching TV, listening to music, and reading books with somewhere between 30% and 50% of the global population enjoying this interactive form of entertainment.

In 2021, the total international market for video games was valued at around 196 billion, rising to an estimated $221 billion in 2022.

This value and growth are not shared equally, however. At a global level, the compound annual growth rate for the gaming industry is projected to be 12.9% between now and 2030. Meanwhile, in the Asia Pacific region, that percentage rises to 14.1%, while it’s lower in Africa.

But how does this compare to Israel?

A Nation of Gamers

Israel is known for a lot of things. It’s famous for its historic landmarks like the Western Wall, the Dome of the Rock, the Dead Sea, and the Bahá’í Gardens.

It’s also renowned for its technical innovations, helped by the huge number of Israeli startups that enjoy international success. From its Silicon Wadi area, the country has given birth to ICQ, Check Point Software Technologies, Horizon Semiconductors, Radware, and Solel.

Israel is also where you’ll find many culinary delights, including hummus, khachapuri, falafel, and shawarma.

But while you may have all these associations with the country, you probably don’t picture it as a nation of gamers. Yet, it is.

43.7% of the population of Israel, roughly 4.03 million people, play video games of some sort. That percentage is predicted to grow to 48.6% by 2027 pushing the total towards 4.5 million.

That figure is below mature gaming markets like the United Kingdom and the United States where 62% and 65% of people are gamers respectively. However, it’s still above the global average of 40% and well above its neighbours.

Similar But Not Identical Tastes

Israel has a lot of cultural ties to its European and North American cousins. It is for this reason that the country takes part in Eurovision and is part of European sporting competitions rather than those that feature its neighbours.

It is, perhaps, therefore, not overly surprising that Israeli gamers share the same tastes as those in European and American countries.

That’s why titles like Minecraft, Candy Crush, Grand Theft Auto, and FIFA all make the top-ten lists of downloads, according to SensorTower.

However, there are some differences between Israel and other countries. For a start, some of the most downloaded mobile games include אלוף המקראות (The Biblical Champion) and שש בש - Lord of the Board, two titles developed in the country for the domestic market.

Slot games are also a popular choice, thanks to the fact that there are thousands of options covering just about every imaginable theme and genre. This means that there are slots that appeal to almost everyone. For example, those that have a sweet tooth might enjoy Sweet Bonanza, a 6x5 title that uses the unique Cluster Pays mechanic. While, on the other hand, canine lovers might prefer the Dog House slot game. 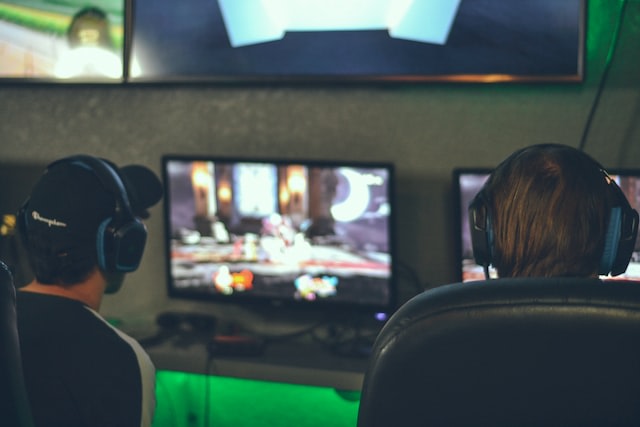 Israel is not just a country of video game players, it’s also where great titles are developed.

In fact, there are several global smash hits that were created within its borders. Perhaps the most famous of these is Raid: Shadow Legends, a game that you will know a lot about thanks to the huge amount its publishers have invested in YouTube sponsorship.

It was first released in 2018 for smartphones by Plarium Games, but has since also been ported to the PC. It is a turn-based role-playing game in which you assemble an army of warriors to battle the Dark Lord.

But it isn’t the only example. Popular games like Virus: The Game, Coin Master, and Viking: War of Clans were also all developed in Israel. Another recent success story is GRIME, which was developed by Clover Bite and released in 2021.

This local content helps to create interest among Israelis but also bring in investment that can help video gaming in the country grow even further and faster.

This article was written in cooperation with Olga de la Cruz