Amidst the COVID-19 pandemic, the war in Ukraine, and civil wars happening around the world, the 'Peace Concert,' which brings harmony through world-class music and wishes for world peace, will be held in Jerusalem.

On the evening of the 19th (Wednesday), the Gracias Choir from Korea will hold a peace concert at ICC in Jerusalem.

At this Peace Concert, which is held to commemorate the 60th anniversary of the establishment of the diplomatic relations between South Korea and Israel, the world-renowned Gracias Choir and the world's best musicians, such as Conductor Boris Abalyan, Violinist Chingiz Osmanov, Cellist Ivan Sendeskii, and more will present Israeli and Korean music along with classical masterpieces.

Dr. Ock Soo Park, the founder of the Gracias Choir who hosts the event, said, "I'm pleased to hold a concert for peace in Jerusalem on the 60th anniversary of the establishment of diplomatic relations between South Korea and Israel. Peace is also the wish of both countries that are at risk of war and terrorism. I hope that the peace concert which will be held in Jerusalem, the center of the world, will become a cornerstone in both countries and around the world." 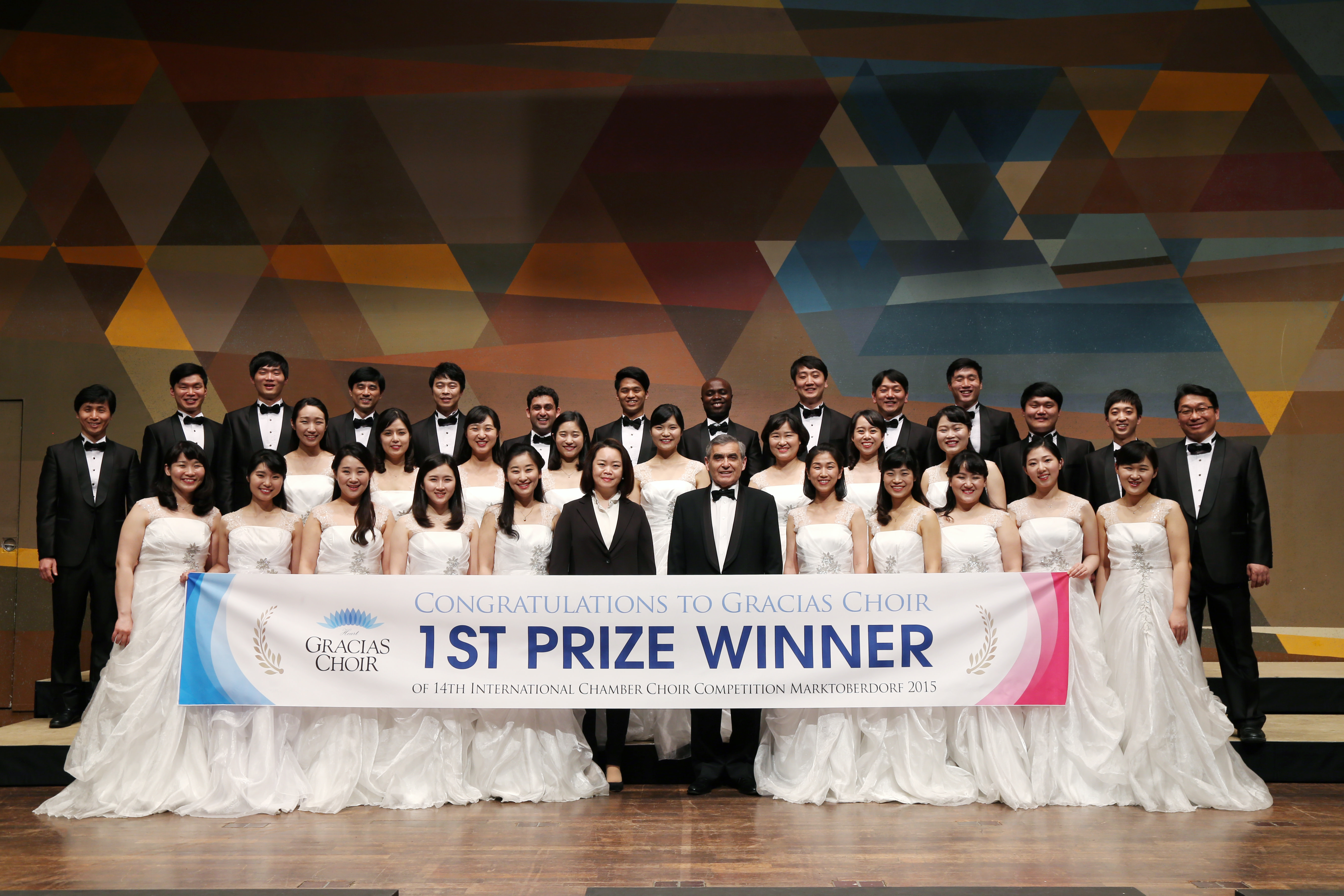 Dr. Ock Soo Park, who is also the founder of the Mind Education, is working tirelessly to solve practical youth problems in Africa, Latin America, and Asia by pursuing educational projects. Moreover, he works with various governments worldwide to implement 'Mind Education,' a form of character education and a systematic study of the heart with unprecedented effectiveness and unparalleled practicality.

The Gracias Choir was founded in year 2000 in South Korea with the goal of displaying top class musical art as well as contributing to the educational and cultural exchange throughout the world.

Gracias in Spanish means thank you. Gracias Choir music is inspired by the love and thankfulness toward God that each member embraces. The Choir has the unique ability to touch the hearts of its audiences and change lives in the process. 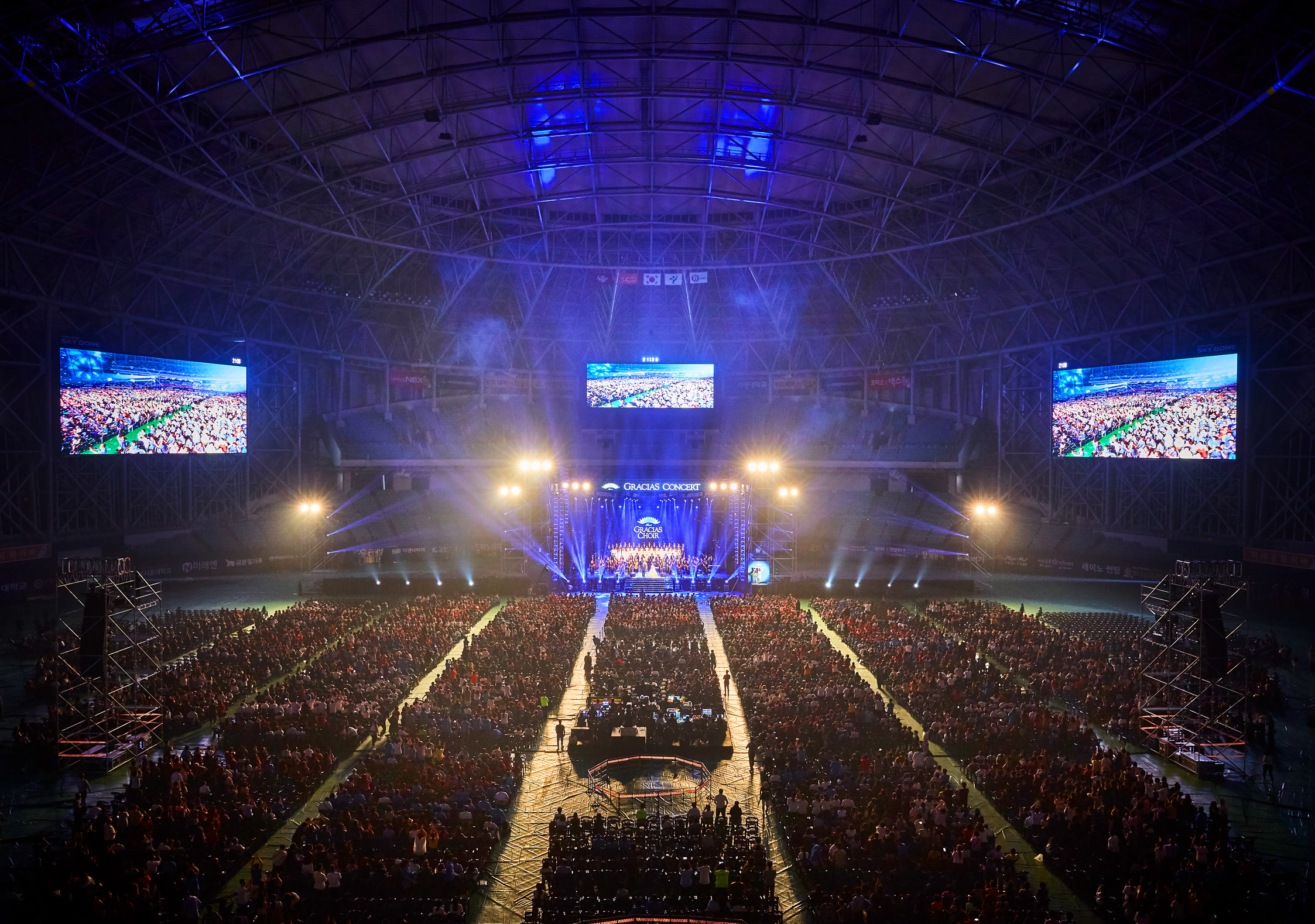 The Gracias Choir performs music ranging from the classics to many popular contemporary works, including extended music genres such as musicals and semi-classics. Local traditional songs, which express the beauty of each respective country, sung in their native languages, are a unique repertoire of the Gracias Choir that allows them to approach the international community more closely. More than anything else, the praise that comes from the heart of the choir members seeps deeply into the hearts of the audience and moves their souls.

With the belief that music changes people's hearts, the Gracias Choir has performed over 200 times in the last 20 years in numerous countries. They have performed for many heads of state and in world-renowned venues such as the Madison Square Garden and Carnegie Hall in New York, the Opera House in Sydney, and Haydn Hall in Eisenstadt, as well as in slums and run-down neighborhoods.

The Choir also engages in charity concerts and promotes non-governmental cultural exchange not only in the U.S. or Europe but also in Southeast Asia, Central and South America, the Caribbean, and Africa.

From the 16th of September to the 14th of October, the Choir toured 25 different cities in the United States, including New York and LA, and received plaudits wherever they went.

This article was written in cooperation with Gracias Choir