Erectile dysfunction affects around 50% of men between 40 and 70 years old. OHHMED, a MedTech startup, has recently developed the world's first home-use patented device for self-treatment of erectile dysfunction based on Radio Frequency energy

Vertica® is a first-of-its-kind erectile dysfunction home-use device for the treatment of erectile dysfunction (ED). Its developer, Mr. Daniel Lischinsky explains that its unique technology improves upon current treatments and devices, as it treats the root cause of the problem by working on the natural physiology of an erection, to actually restore the erectile mechanism.

Lischinsky is the founder and CEO of the Israeli MedTech start-up Ohh-Med Medical. Together with two of the most renowned urologists in Israel he has developed this novel ED device that aims to rethink the way other medical interventions treat erectile dysfunction. Currently approved by the Israeli Ministry of Health and soon to be a registered medical device with the FDA and the CE, the inventors hope Vertica® can help numerous men with ED experience once again spontaneous erections and enjoyable sex lives.

“You’ve got about 350 million men suffering from ED around the world and yet a high percentage of these men don’t undergo any ED treatment" says Lischinsky, "not because they’re unwilling, but because they are either embarrassed to talk to their physician about the problem or they have already tried various treatments and nothing has worked well enough.”

The Issues with Existing ED Treatments

Although these medications have an approximately 70% success rate, PDE5 inhibitors have to be taken between 30 minutes and two hours before sexual activity, leading to a lack of spontaneity in the sex life and undermined intimacy. "Most of these medications are also negatively affected by food and alcohol, and they require a doctor's prescription, so many men feel it affects the discreteness of the entire process", claims Lischinsky. Another problem is that not everyone is eligible for treatment with PDE5 inhibitors. Sometimes ED is the result of serious chronic diseases, and quite often treatment cannot be initiated because of an underlying disease.

When it comes to second line therapies for ED, most of them are invasive, like injections into the shaft of the penis to increase blood flow. This type of treatment is considered quite painful and it can even cause penile tissue scarring. Third line therapies for severe cases are penile prosthesis and in rare cases surgical procedures. However, perhaps the most significant disadvantage of all the foregoing treatments is that they offer merely a symptomatic solution, by attempting to solve an intermediate cause of ED, rather than the root cause of the problem. Furthermore, they do not stop the decline in function of the physiological erectile mechanism. 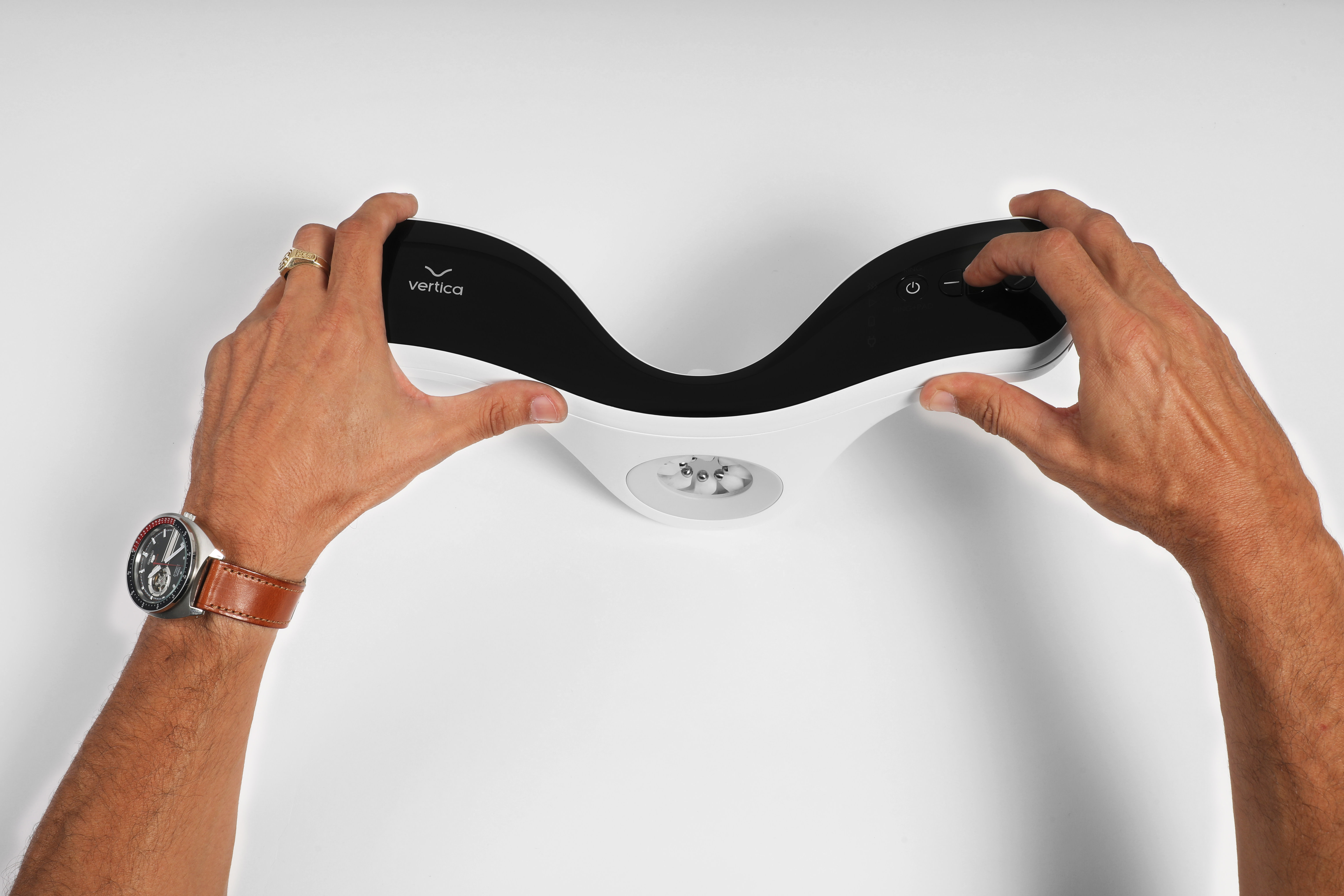 Lischinsky, a long-time tech. entrepreneur, has come up with a rather unique approach to this very old problem. After receiving a De Novo FDA authorization for a home-use medical device utilizing Radio Frequency (RF) energy for stimulating collagen production in facial skin, he was looking for additional applications for this technology. He then came across a scientific article associating the quality of penile collagen fibers with the quality of erections. It was then that he thought of a home-use medical device for the treatment of ED, and the rest is history.

Daniel describes the ideal ED treatment as having evidence of efficacy and safety, treating the root cause, being localized, having a rapid onset, one that allows self-care and discreteness, while not affecting spontaneity or being affected by food and drink.

Using his expertise in Radio Frequency energy, Lischinsky has developed this pioneering treatment for ED, a device called Vertica®, designed for self-treatment of mild and moderate erectile dysfunction, which he believes ticks all of the above boxes.

"You have to understand" explains Lischinsky, "that erectile dysfunction is usually caused by reduced blood flow to the penile erectile bodies or due to penile blood leakage during erection (a condition called 'venous leakage'). Venous leakage is directly associated with impaired integrity of collagen fibers in the 'tunica albuginea' - the penile tissue which has a central role in the erectile mechanism. Its function is to stretch and occlude penile blood outflow while trapping the blood within the penis during erection. However, age-related degenerative changes and atrophy of collagen fibers in the tunica albuginea result in tissue floppiness and the loss of this occlusive function, leading to leakage of blood from the penis during erections with a resulting erectile dysfunction."

"While first and second line therapies for ED all work on increasing blood flow to the penis without treating the underlying causes, now, claims Lischinsky, for the first time penile venous leakage is actually reversable using Vertica’s unique technology."

It's Time for Spontaneous Erections Again

Vertica®, with its ergonomic design and smart algorithm, utilizes the geometry of the penis and its internal erectile bodies to induce synthesis of new collagen fibers in the tunica albuginea tissue, in order to strengthen and restore the penile occlusive mechanism. "In practice", argues Lischinsky, "it means that patients can enjoy spontaneous prolonged erections again, without any preparations or the need to time treatment before the act itself. This simple domestic self-treatment can be carried out whenever it is convenient for the patient, just twice a week for 30 minutes", he adds.

Lischinsky tells us that the effectiveness and safety of Vertica® were tested in a clinical trial conducted at the Neuro-Urology unit, Rambam Healthcare Campus, led by Prof. Ilan Gruenwald. "The results demonstrated a significant enhancement of penile erections (up to 89% success rates) and furthermore, a high sexual quality of life and high satisfaction from treatment."

Vertica® doesn’t have any side-effects or contraindications associated with medications nor does it require a doctor’s prescription, and it can be purchased discreetly online. And what's more, Vertica's website has extensive in-depth information on the various physical and emotional aspects of male sexual health and erectile function, written by professionals.

This article was written in cooperation with Ohh-Med Medical