Vladimir Putin is the current president of Russia. He was also a former foreign intelligence officer, and the prime minister of Russia in between his presidential terms, working closely with his associate Dmitry Medvedev.

Putin graduated in 1975 from the Leningrad State University where he studied law. He worked as KGB intelligence officer for 16 years then resigned in 1991 to pursue his political career in Saint Petersburg. In 1996 he relocated to Moscow to joined the Boris Yeltsin’s Administration. In this administration, he served as director of the FSB, the KGB’s successor agency, then as Prime Minister. When Yeltsin resigned on December 31, 1999, Vladimir took up the position of Acting President.

His fourth term as President began on May 7, 2018, and on the same day, he invited Dmitry Medvedev to form a new government.

Vladimir Putin is the youngest of three children. He was born on October 7, 1952, in Leningrad, Russian SFSR, in the Soviet Union. His parents are Vladimir Spiridonovich Putin who was a conscript in the Soviet Navy, and Maria Ivanovna Putin who was a factory worker. His father, Vladimir, and mother, Maria, were born in 1911. His father died in 1999 and his mother died in 1998.

Putin started attending No.193 school at Baskov Lane near his home on September 1, 2019. At the age of 12, he practiced sambo and judo. He has a judo black belt and is a national master of sports. Putin also speaks fluent German.

Putin studied law at Leningrad State University and graduated In 1975. The focus of his thesis was “The Most Favored Nation Trading Principle in International Law.” While in University, he joined the Communist Party of the Soviet Union and was a member up until December 1991.

Putin held several positions throughout his political career. For example, in 1990, during his Saint Petersburgh administration, he was appointed advisor on international affairs to the Major of Leningrad, Anatoly Sobchak.

In 1991, he was appointed the head of the External Relations Committee and was responsible for promoting international relations, foreign investments, and business venture registration. Although he was under investigation by the city legislative council for understating prices and permitting the export of metals valued at $93 million in exchange for foreign food, he remained in this position until 1996.

He also held several other governmental positions in Petersburgh. He was appointed the first Deputy Chairman of the Government of Saint Petersburg in March 1994. In 1995, he organized and managed the legislative election campaign of Our Home Russia Political Party. He was also the leader of the Saints Petersburgh branch from 1995 to 1997.

By August 16, 1999, his appointment as Prime Minister of Russia was approved by the State of Duma. Later that year, on December 31, Yeltsin resigned from his Presidential post without warning and Vladimir Putin became the acting President of Russia.

In 2008, the constitution barred Putin from a third consecutive term so Dmitry Medvedev, the first deputy prime minister was elected. However, in 2011, Dmitry Medvedev announced that he would recommend Putin for President. On March 4, 2012, Putin won the presidential election for a third consecutive term. This sparks several protests. Putin and The United Russia Party were accused of fraud by the opposition.

Putin owns a Dacha in a gated community with a group of seven friends on the Karelian Isthmus in Priozeersky District of Leningrad Oblast, near St. Petersburg. He also has an Italian –style mansion under construction near the Black Sea village of Praskoveevka.

Amnesty still believes that Navalny should be freed from jail.

The Putin government’s treatment of the LGBTQ and Muslim communities has been decidedly different.

Why can’t Netanyahu free Israelis from Gaza as easily as from Syria?

The prisoner swap happened so quickly that the public barely learned an Israeli woman had been held in Syria before she was already safely back in Israel.

One reason proffered for Biden taking his time in calling Netanyahu is because he doesn’t want to do anything to benefit Netanyahu before the elections. Putin has no such qualms.

While the repressive power of intimidating, poisoning, and imprisoning Alexey Navalny comes from the Kremlin, perhaps the more decisive power is anchored in the Russian minds.

The report stated that the doctor, Sergey Maximishin, died "suddenly" and noted the hospital did not mention cause of death. He was 55-years-old.

Navalny was remanded in custody for 30 days last week after returning from Germany where he had been recovering from a nerve agent poisoning. 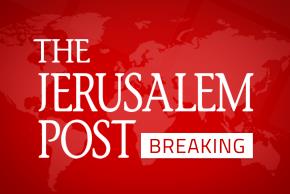