Theater lovers can enjoy a rich, vibrant cultural scene in J'lem, much of which takes place at leading theaters.

By LOREN MINSKY/ ITRAVELJERUSALEM.COM TEAM
Jerusalem Theatre
(photo credit: Rebecca Crown Auditorium)
Advertisement
1) Jerusalem TheaterIsrael’s largest and most active culture center, Jerusalem Theater (known officially as the Jerusalem Center for the Performing Arts) provides the best in local and international theater, dance, music, and cinema. A repertoire committee selects a broad selection of top quality plays, and there is something for everyone.The complex is made up of five halls, ranging in size from the 970 seat Sherover Theater and the 760 seat Henry Crown concert hall to the “Studio,” which can seat 300 or the 117 seat Small Theater. Located in the middle of the upscale leafy neighborhood of Talbiyeh, the Jerusalem Theater is frequented by over 600,000 visitors a year. The Theater also boasts a cafe, a book and music store as well as spacious foyers that are often used for art exhibitions. Address: 20 David Marcus Street, Talbiyeh
Phone: (02) 560-57572) The Khan Theater 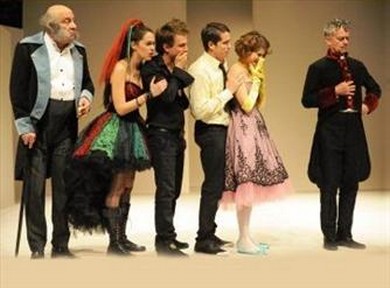 CourtesyThe Khan, Jerusalem’s only producing Repertory Theater, is known for their excellent, lively performances. Despite producing only up to six shows annually, the Khan is regarded as one of the leading repertory theaters in the country and has several theater awards to its name, beating big names such as the Cameri and Habima National Theater in Tel Aviv.The Khan also bolsters its program with productions from other Israeli theater groups. The show schedule is selected by artistic director Michael Gurevitch who also writes and directs many of the plays. Gurevitch has a unique creative process, whereby actors begin rehearsing without a formal script, improvising and sharing ideas as they go along. The end result is a dynamic performance and intimate ambiance. The Theater has two small performing halls and is housed in a unique ottoman building near the old Train Station. The plays are all performed in Hebrew, but English-speakers may still enjoy the experience.Address: 2 David Remez St, Jerusalem
Phone: (02) 630-36003) Train Theater 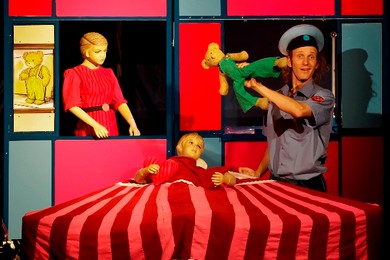 Dafi SapunarThe Train Theater is a must for children though there are subtleties that only adults will appreciate and enjoy. The shows are an absolute visual delight, and although they are mainly in Hebrew, there are a limited number without words that are suitable for everyone. The Train Theater provides week-long entertainment with a permanent repertoire of plays which take place both in the middle of the week and on Saturdays. The Train Theater began with just four talented independent puppeteers performing out of a train wagon and has grown to include annual productions and the International Festival of Puppet Theater.Address: Liberty Bell Park, Jerusalem
Phone: (02) 630-3600 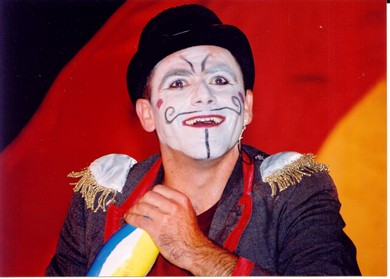 CourtesyThis Jerusalem-based theater company operates below Masie House and offers fun and original plays by a core acting troupe. The brainchild of three young theater graduates in the 90s who wanted to use their talents to make a difference to society, Psik Theater’s plays are staged in Jerusalem as well as around the country and abroad. One of their specialties is localized Commedia Dell’Arte, a theatrical form characterized by improvised dialogue and a cast of colorful characters that emerged in Italy in the fifteenth century. Psik Theater offers theater workshops for children and special needs groups.Address: 18 Mesilat Yesharim St, Jerusalem
Phone: (02) 651-3663 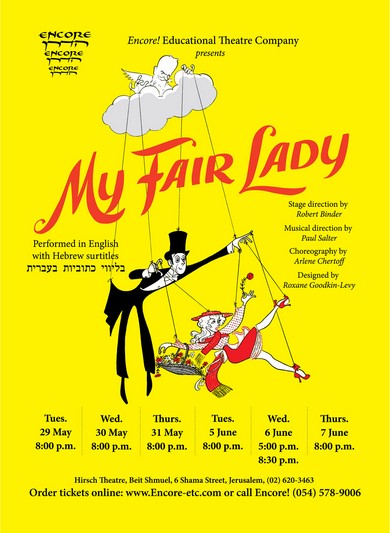 MFLAimed at exposing young audiences to the great musicals and classical works (as well as original performances) and thereby encouraging them to be avid theater-goers in the future, Encore! produces full-stage productions such as Gilbert and Sullivan’s comic opera, The Mikado, the Wizard of Oz (based on the MGM film), Fiddler on the Roof and My Fair Lady. Also known as Hadran Theater, the Company runs workshops for teenagers on various aspects of stage production. Shows are in English with Hebrew subtitles.Address: 37 Pierre Koenig St, Jerusalem ITravelJerusalem.com is a new online international travel portal offering all the latest information on things to do, places to eat and places to stay in Jerusalem.Follow @JPost_Lifestyle
Advertisement
Subscribe for our daily newsletter