Democrats unclear if billionaire spending is pro-Clinton or anti-Trump. 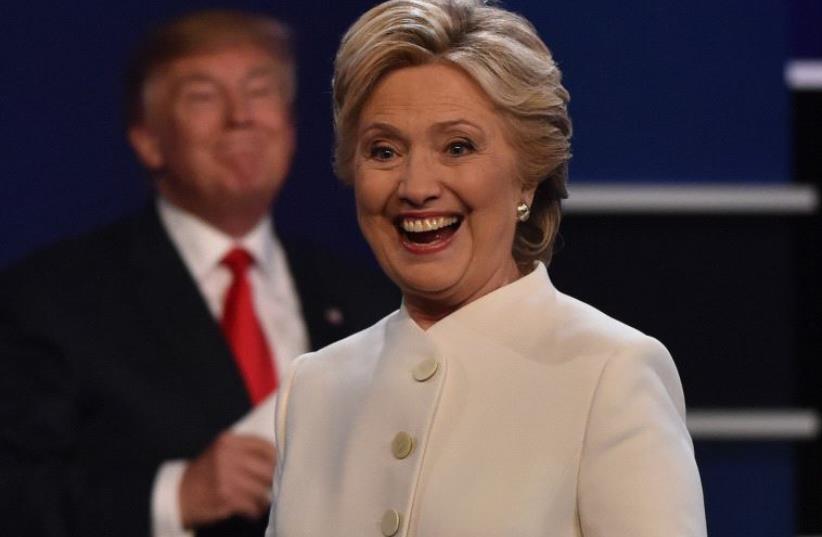 Trump and Clinton
(photo credit: PAUL J. RICHARDS/AFP)
Advertisement
NEW YORK – One of the most generous donors to the Democratic Party this year has no track record in political giving, to speak of, and wasn’t alive when Hillary Clinton, their party nominee for president, began her public life as first lady of Arkansas.Facebook cofounder Dustin Moskovitz, a 32-year-old who once said he was uncomfortable making political donations, has now contributed $35 million to help elect Clinton – or perhaps more accurately – to stop Donald Trump in his bid for the White House.“The Republican Party, and Donald Trump in particular, is running on a zero-sum vision, stressing a false contest between their constituency and the rest of the world,” Moskovitz wrote in September, explaining his initial gift of $20m.He announced an additional $15m. earlier this month.Trump’s promises to the “disempowered,” he continued, “are quite possibly a deliberate con, an attempt to rally energy and support without the ability or intention to deliver.His proposals are so implausible that the nation is forced to worry that his interest in the presidency might not even extend beyond winning a contest and promoting his personal brand.”With just two gifts, Moskovitz, estimated by Bloomberg to be worth $12 billion, has launched himself to the top echelon of Clinton’s donor roll alongside George Soros, who pledged to give at least $25m. to the Democrats over the summer. Moskovitz may be the single largest contributor of the campaign cycle, measuring by publicly listed donations.Clinton’s list of billionaire backers include several other Jewish Americans, including James Simons, Steven Spielberg, George Kaiser, Eli Broad, Leonard Lauder and David Geffen, among others.Just two weeks ahead of the November 8 election, she has out-raised Trump among billionaires by a whopping margin of 20 to 1.