Palestinians make a play for Dead Sea Scrolls at UNESCO

The Palestinian drive to lay claim to the Dead Sea Scrolls comes amid a series of resolutions passed at UNESCO that ignore Jewish ties to the Temple Mount. 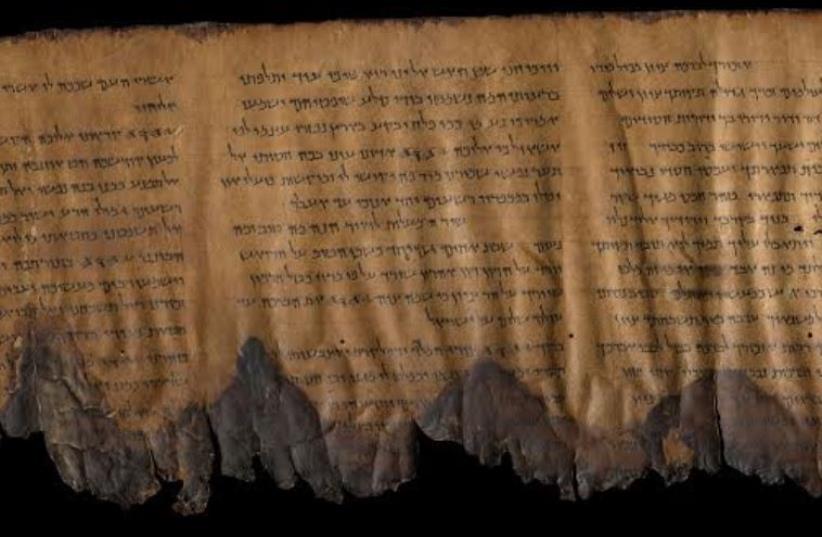 ANTIQUITIES AUTHORITY researchers utilize advanced technology to piece together thousands of fragments from the Dead Sea Scrolls.
(photo credit: IAA)
Advertisement
The Palestinian Authority is preparing to lay a claim to the Dead Sea Scrolls at the United Nations Education, Scientific and Cultural Organization, Israel Radio reported on Saturday night.“This is another provocative and audacious attempt by the Palestinians to rewrite history and to erase our connection to our land,” Ambassador to UNESCO Carmel Shama-Hacohen said. “The Dead Sea Scrolls are factual and weighty archeological evidence of the presence of the Jewish people in the Land of Israel.”The scrolls – a large cache of mostly Hebrew writings from the Second Temple period and its immediate aftermath – were discovered in Qumran between 1947 and 1956. They include many biblical texts and are believed to have been penned by members of a Jewish sect known as the Essenes.
Most ancient Torah scroll since Dead Sea Scrolls found and restored
Qumran, which is near the Dead Sea, was under British, and later Jordanian, rule at the time of the discoveries.It is now located in Area C of the West Bank, which is under Israeli civil and military control.The PA considers Area C to be part of its future state.Qumran is on the list of preservation areas which the PA wants to see registered under the “state of Palestine” on the World Heritage List.In addition, it plans to bring the matter up before the Intergovernmental Committee for Promoting the Return of Cultural Property to its Countries of Origin or its Restitution in Case of Illicit Appropriation, a committee that operates in an advisory capacity to UNESCO.According to Shama-Hacohen, the Palestinians brought the matter up informally to the committee when it met in Paris at the end of September.They asked the group to help the PA obtain the scrolls from Israel, with the claim that given the location of the find, they are historical artifacts which belong to the Palestinians. The PA intends to raise the issue formally when the committee convenes again next year, he said.Representatives of the Israel Antiquities Authority who were present at the meeting submitted a report on the matter to the Foreign Ministry at the end of this week.The Palestinian drive to lay claim to the Dead Sea Scrolls comes amid a series of resolutions passed at UNESCO that ignore Jewish ties to the Temple Mount.