The hunt for an Olympic-sized pool in the West Bank

Can we finally put “Pool-Gate” to rest? 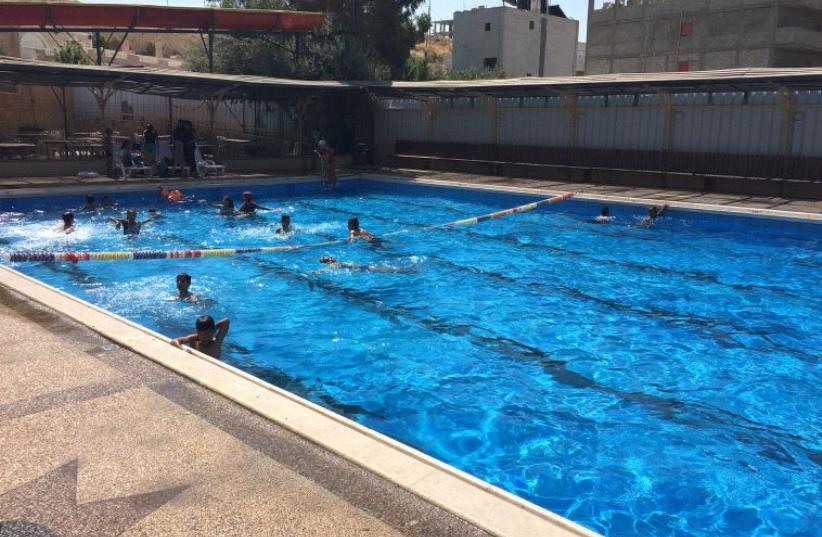 A pool in the West Bank.
(photo credit: YAAKOV KATZ)
Advertisement
Is there an Olympic-sized pool in the West Bank? That is the question Adam Rasgon, The Jerusalem Post’s Palestinian affairs reporter, and I set out to answer on Wednesday.We were motivated by the online controversy sparked by a Reuters article, a Tablet magazine critique and a Post follow-up. The Reuters article in June, alongside a more recent CBC article, reported that Palestinian swimmer Mary al-Atrash’s preparations for the Rio Olympics had been hampered by the lack of an Olympic-sized pool in the West Bank.Both articles went on to report that Atrash could not train in nearby Jerusalem, as Reuters wrote, “due to the long-standing conflict with Israel,” a claim that has already been refuted by the , which said it would have approved a permit for the Palestinian swimmer. The problem was that she never asked for one.One question remained, though. Is there an Olympic-size pool in the West Bank? In response to the various articles, Tablet’s Liel Leibovitz wrote a piece claiming that there were actually a couple of Olympic pools in the West Bank. The Post’s Internet staff then did a story on the controversy, citing Reuters and crediting Tablet.Leibovitz called the Murad Resort near the West Bank town of Beit Sahur. “They assured me that their pool, too, was properly Olympically endowed. Water, water everywhere, then, and not a drop for swimming,” Leibovitz wrote.The story didn’t end there. Media watchdogs launched a full onslaught on Reuters, claiming that the news agency had once again been fooled by the Palestinians’ campaign to delegitimize Israel.So, on Wednesday, we decided to do what the critics didn’t. We went to a number of pools throughout the West Bank – in Beit Sahur near Bethlehem and just north of Ramallah, in the town of Bir Zeit. 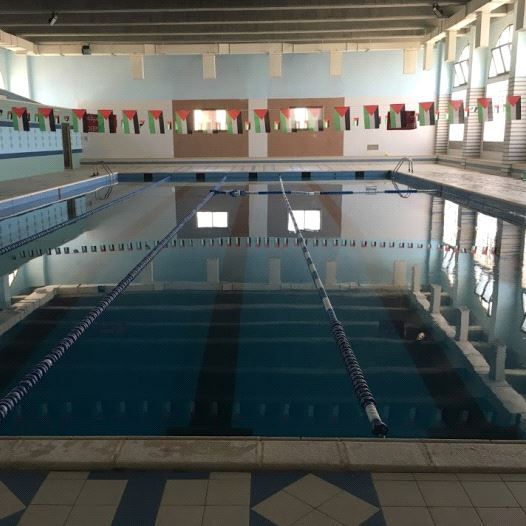 A pool at the YMCA in Beit Sahur, West Bank. (Credit: Yaakov Katz)
All claimed to be the “largest in the West Bank.” All claimed to be used regularly by the Palestinian swimming federation for competitions. And all claimed to be of Olympic size. The pool at the Murad Resort, for example, is 25 meters in length, 12.5 m. in width and ranges between 1 m. and 3.5 m. in depth. It also costs NIS 40 to use.The pool at the Beit Sahur YMCA is also 25 m. in length, 1 to 2.2 m. in depth and 12.5 m. in width. This is the pool where Atrash did most of her training. Then there is the Ain al-Hamam pool in Bir Zeit, which the Palestinian Olympic Committee told us is the biggest in the area. This pool is also 25 m. in length, with a depth ranging from 80 cm. to 2.2 m. It costs NIS 25 to enter.But while these pools claim to be Olympic sized, are they? That is where it gets complicated. Reuters was right in its report that there are no 50-m. pools in the West Bank. The Palestinian Olympics Committee told us that it is planning on breaking ground for one in the near future and has already decided to name it for Sepp Blatter, the former head of FIFA and a friend of Jibril Rajoub, the Fatah official in charge of the Palestinian Olympics Committee.But there are clearly several 25-m. pools in the West Bank. They are what are known as half-Olympic-sized pools. And while many professionals train in 25-m. pools around the world – even in the United States – they are not used in the Olympics or world championships. In addition, length is only one of the criteria by which to determine whether a pool is Olympic standard. There is the width, the depth, the amount of water, the width of the lanes, the number of lanes, the use of touch panels on the walls and even the water temperature.So, can we put “Pool-Gate” to rest? I think so. But here is one point that everyone needs to remember and that unfortunately has been overlooked. Whether there is an Olympic-sized pool in the West Bank or not, in this case it has nothing to do with Israel or the so-called occupation. The Palestinians control large parts of the West Bank and can just build one.So why haven’t they? Maybe to get stories written like the ones above.