Google Israel ranked as best workplace in the country

Google Israel, which in 2012 made its first appearance on the top 10 list, ranking in 7th, has steadily improved its rankings over the years. 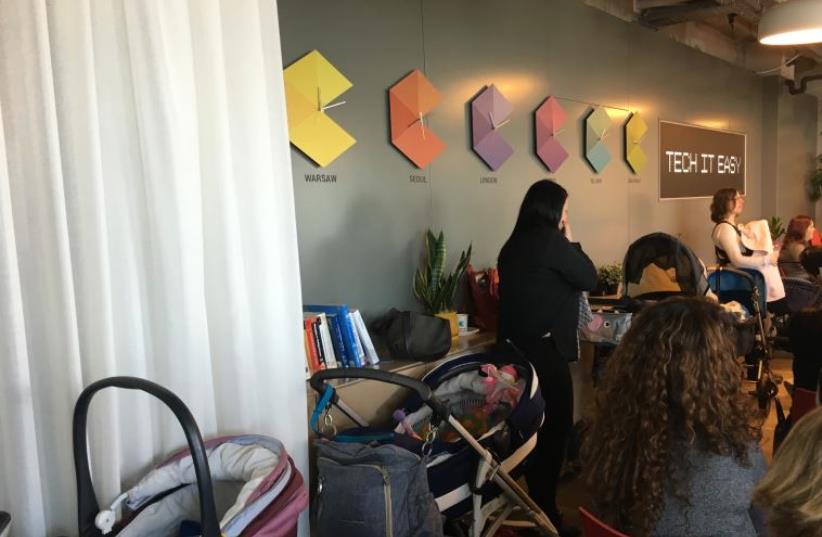 Campus for Moms, an initiative at Tel Aviv’s Google office
(photo credit: NIV ELIS)
Advertisement
Google Israel tops the list of the best places to work in the country, according to an annual survey carried out by Business Data Israel – Coface in collaboration with Israeli financial paper The Marker.The survey, now in its 13th year, was conducted based on interviews with tens of thousands of employees, university students and human resource workers throughout the country.According to the findings, Google Israel replaced the Israel Electric Corporation, which had been ranked in first place for the past several years as the best workplace in the country, in terms of job security and relatively high wages.Google Israel, which in 2012 made its first appearance on the top 10 list, ranking in 7th, has steadily improved its rankings over the years. Internationally, Google has often been ranked among the best companies to work for due to its attractive employee benefits and relatively high salaries.Intel remained in third place, followed by Teva Pharmaceuticals and Bank Leumi – the highest-ranked bank on the list.The survey found that half of the top ten workplaces were in the hi-tech industry – Google, Intel, Elbit Systems, Amdocs and HP – while the remaining slots were split between manufacturing, finance and government companies.Microsoft Israel and Facebook Israel improved their rankings by one slot to come in 12th and 15th, respectively.Wix, the popular web development platform, made the biggest leap forward – jumping 21 slots to rank as the 38th best workplace.In contrast, consumer goods company Unilever Israel dropped 17 points since last year’s survey, coming in 55th place, followed by El Al Israel Airlines, which dropped 11 slots to 56th place.On Sunday, the Labor and Social Services Ministry also announced a list of the top employers promoting gender equality in Israel.The top eight companies will receive awards of some NIS 150,000.The companies listed include the local municipalities of Herzliya and Netanya, insurance provider Bituach Yashir and government agency Rafael.