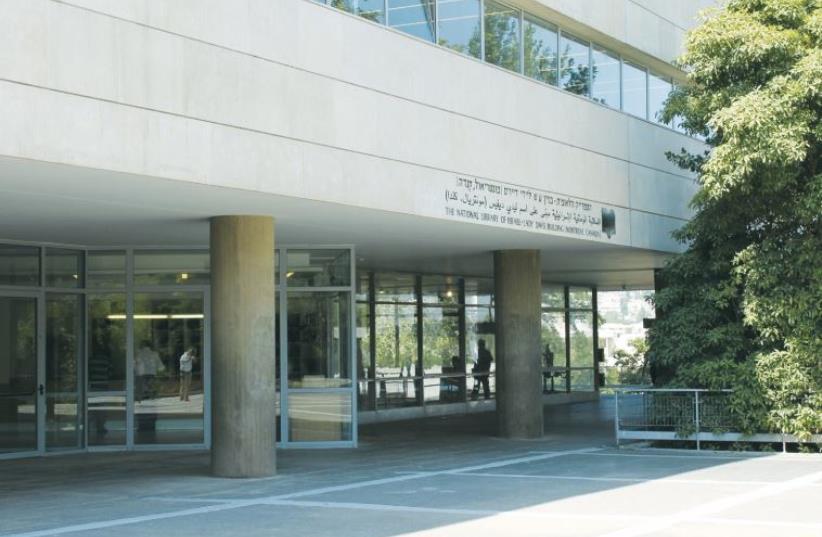 The national library of Israel on the Givat Ram campus, the Hebrew University of Jerusalem.
(photo credit: Courtesy)
Advertisement
Children learn to distinguish between fairness and unfairness around the age of six or seven, and as they grow older, they become more concerned with the fairness of sharing objects. This makes them more likely to offer others the bigger piece of the pie.Such were the findings of Hebrew University research just published in the journal Psychological Science.Fairness is a central concept in the adult world, but how do children learn what is fair and what is not? asked Dr. Shoham Choshen-Hillel of HU’s School of Business Administration and Dr. Alex Shaw and Prof.Eugene Caruso from the University of Chicago. “When do children learn to distribute resources in an equitable manner, and what do they do when it is impossible to divide the pie equally? The researchers examined the decisions that children make at different ages when confronted with inequity and found that as children mature, they develop an increasingly complex understanding of fairness as they mature.The findings could lead to the development of educational tools to reduce children’s envy and rivalry, and promote sharing behavior and cooperation.In one episode of Educational TV’s Sesame Street, the puppet named Ernie takes a bigger piece of pie for himself and gives a smaller piece to Bert. Bert responds, “That is not very polite. I mean, if I had two pieces of pie, I’d offer you the big piece and take the small one for myself.”Confused, Ernie replies, “Well... you have the small piece, Bert.”The researchers found that as children grow older, they behave less like Ernie and more like Bert.Although they are not always happy when others get more, they would much rather give the bigger piece of pie to others than waste it, as long as the decision about who gets the smaller piece of pie comes from them rather than someone else.“Children develop an understanding that inequity is not problematic in and of itself. Instead, they realize that inequity is problematic when it is driven by unfairness or partiality,” explained Choshen-Hillel. “Our past research shows that this is how adults react to inequity, but now we have evidence that even children as young as seven are concerned with inequity, only when it is seen as unfair.”To examine the way children of different ages divide resources that cannot be shared equally, the researchers conducted experiments with about 500 children who visited the Museum of Science and Industry in Chicago. Each child was told that the research team would like to give them and another child named Mark colorful erasers, because they did such a great job learning at the museum that day. “Mark and you each get one eraser. Now we have one left over. What do you want to do with it?” In one experiment, children could choose whether to take the third eraser for themselves or throw it in the trash. The results showed that while younger children (aged four to six) tended to take the eraser for themselves, the older children (aged seven and eight) preferred to throw the eraser in the trash. In another experiment, the children could give the eraser to the other child or throw it away. The younger children were more likely to throw the eraser away and the older children were more likely to give it to the other child.“In both experiments, the choices of the older children showed that they prefer to create inequity but to avoid being unfair toward the other. They disadvantaged themselves and were not concerned about the resulting inequity, because they were the ones responsible for it,” Choshen-Hillel said.“Previous theories in psychology have argued that as children grow older, they become more concerned about inequity,” she said. “Our studies show that children develop partiality aversion rather than inequity aversion. They are actually happy to give the bigger piece of the pie to someone else, even if it creates inequity and puts them in an inferior position.”Similar experiments are now being conducted in Israel and in China.The researchers report that initial data suggest this tendency is characteristic of children all over the world.“Interestingly,” Choshen-Hillel said, “preliminary findings indicate that children from Israel and from China behave in a very similar way to what we have seen in American children.”The findings shed light on when and how children learn what is fair and what is equitable, an understanding that is central to the grownups’ world. “We distinguish between different types of inequity, and the key factor is whether or not inequity is seen as unfair or partial,” the researchers said.“For example,” Choshen-Hillel said, “we recommend that parents and educators encourage children, especially those who are seven or older, to make resource allocation decisions by themselves, rather than have the adults make these decisions.For instance, rather than having the parent decide on who should get the bigger cookie, the children should be asked to make this decision by themselves. This way, the child will benefit from giving to his siblings or friends and would be more satisfied with the final allocation, even if he or she gets less than the others. It is a win-win.”