Empathy is related to sexual orientation

Empathy is a key mechanism for understanding the other, helping us to feel the emotions of someone distinct from ourselves. 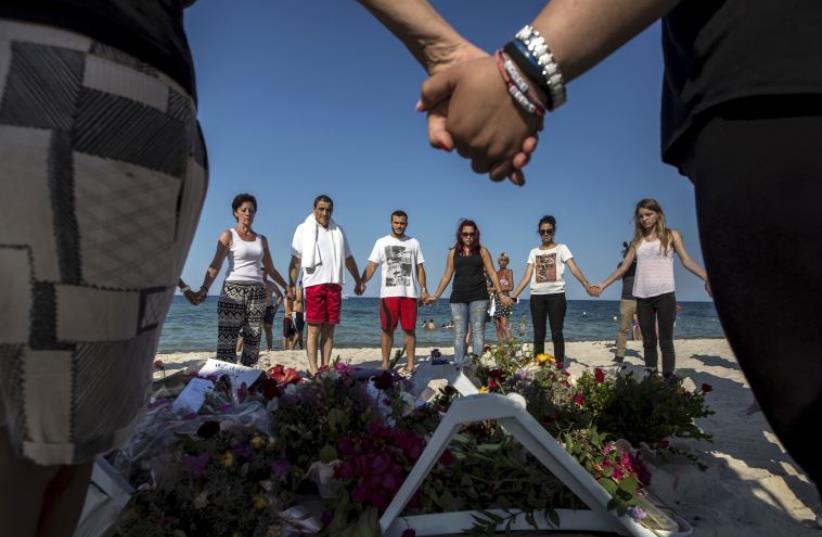 People hold hands as they pray in a circle around bouquets of flowers
(photo credit: REUTERS)
Advertisement
Men and women attracted to men are more empathetic than men and women attracted to women, according to a new study from the University of Haifa’s psychology department.“People attracted to a particular gender, whether they are heterosexual or homosexual, have common social tools, and thus exhibit the same level of empathy,” said Prof. Simone Shamay-Tsoory, who conducted the study.Empathy is a key mechanism for understanding the other, helping us to feel the emotions of someone distinct from ourselves, identify with his or her trials and be aware of the need to offer assistance. Sociologists claim that empathy plays an important role in the development of human society in that it contributes to peoples’ understanding of others and causes them to take the latter’s feelings into account.Behavioral and brain studies show that activities related to empathy are regulated differently in men and women based on preferences that are acquired through social interaction and which use different areas of the brain. According to the Haifa psychologist, past studies have demonstrated that women are superior in tasks involving empathy such as non-verbal communication and attention to changes in tone of voice and facial expression.In the current study, recently published in Brain Research, conducted by Shamay-Tsoori with fellow Haifa psychologist Kobie Walder, Daniel Perry from the Tel Aviv Sourasky Medical Center and Prof. Talma Hendler from Tel Aviv University’s Sackler Faculty of Medicine, the researchers sought to examine the differences in empathic response between subjects who are attracted to men compared to those attracted to women.A total of 52 subjects were divided into two groups according to sexual orientation. While the subjects underwent fMRI scans, they were shown various emotional situations, and the researchers examined how the subjects felt when they themselves experienced the situation and when the situation occurred to someone else.The study revealed that sexual orientation is related to the level of empathy. Based on self-reporting, heterosexual women showed the highest level of empathy, followed by gay men, lesbians and, finally, heterosexual men.A similar picture arose from analyses of brain activity.During the empathic task, it was found that, among other things, the area of the temporal parietal junction (TPJ) related to the perception of the other was more active in subjects attracted to men compared to those attracted to women.“The results of the research suggest that differences in empathy... are monitored by a person’s sexual preference.Sexual attraction determines the person with whom we have a close and intimate relationship, so it is reasonable that the gender of the person to whom we are attracted will affect our ability to empathize,” concluded Shamay-Tsoori.GIVING ORGANS Haifa’s Bnei Zion Medical Center is working especially hard to increase awareness of the need to hold an organ-donor (ADI) card. The hospital solicits organs from the families of brain-dead patients, even if they are elderly.Transplant coordinator Ayelet Shultz recently arranged for the donation of organs from an 80-year-old woman that were successfully transplanted and provided emotional support to the donor’s family.LIVER CLINIC COLLABORATION IN SAFED An advanced clinic for treating liver diseases ahs opened at Safed’s Ziv Medical Center, in cooperation with the liver unit at Tel Aviv Sourasky Medical Center. Prof. Oren Shibolet, who heads the Tel Aviv liver unit, will operate the Safed outpatient facility on Thursdays between 9 a.m.and 12:30 p.m., while Ziv’s Dr. Anias Djebara will see patients on Wednesdays for assessment of scars in the liver using a Fibroscan device.Shibolet noted that cooperation between the more-established Sourasky and the Safed hospital will bring to Ziv some of the country’s leading hepatologists, providing residents of the Galilee with the best available internal medicine expertise.