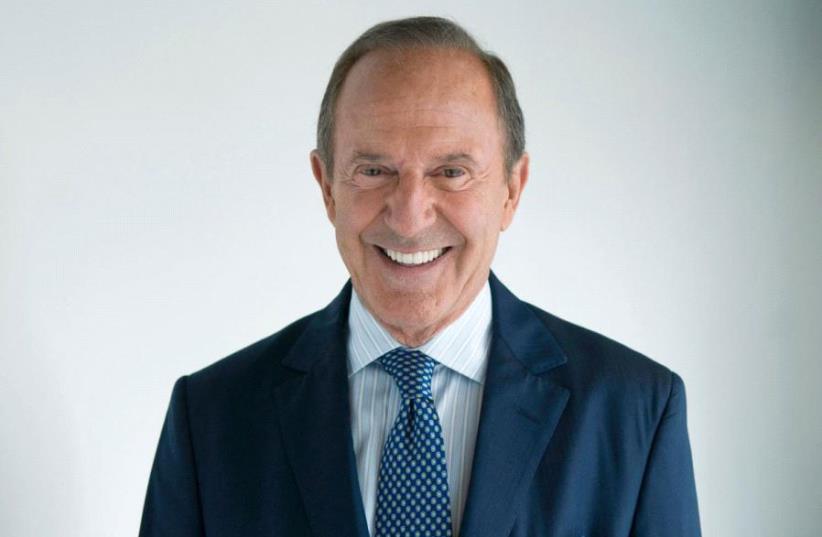 Mortimer B. Zuckerman
(photo credit: ZUCKERMAN INSTITUTE)
Advertisement
“What you are doing is synergy that enables us to do together what none of us can do alone,” President Reuven Rivlin told businessman and philanthropist Mort Zuckerman on Monday.He made these remarks at a meeting celebrating the launch in Israel of the Mortimer B. Zuckerman STEM Leadership Program in the presence of representatives and scholars from Tel Aviv University, the Hebrew University of Jerusalem, the Weizmann Institute of Science, the Technion Institute of Technology and Zuckerman Institute trustees Eric J. Gertler and James S. Gertler.Zuckerman is the chairman and editor-in-chief of US News & World Report and the publisher of The New York Daily News.The new initiative, which was initially announced in January 2016, will provide over $100 million in scholarships and educational activities to benefit participating scholars and universities over the next 20 years.The program is designed to support future generations of leaders in science, technology, engineering and math in the US and Israel and foster greater research collaboration between the two countries.“The key in science today is collaboration,” Mortimer’s nephews Eric and James Gertler told The Jerusalem Post ahead of the event.“Scientists are working on attaining new knowledge and so the idea of collaboration and the fact that in today’s world you can collaborate across the ocean are significant,” said James Gertler.The program is the culmination of Zuckerman’s vision to help strengthen the US-Israel relationship over time, by helping to build long-lasting relationships based on mutual collaboration in science between the two nations.Eric Gertler explained that the program will encompass three areas to benefit joint research between the two countries.The postdoctoral scholars program will enable the highest achieving postdoctoral researchers from the US to collaborate with leading scientists at Israel’s top research institutions: the Technion Israel Institute of Technology, The Hebrew University of Jerusalem, Tel Aviv University, and the Weizmann Institute of Science.“All the university presidents agreed that the need in STEM at a post-doc level was something that is lacking [in Israel] and this has been the first effort where all four universities have come together to gain greater access to top post-docs,” Eric Gertler said.In addition, leading PhD graduates from these Israeli universities will have an opportunity to accept postdoctoral positions in top US academic institutions.The program will also provide vital resources to the four participating universities, allowing them to compete with leading US institutions and fund the recruitment of top Israeli faculty.This addresses a critical need in the Israeli higher education system – the brain drain – which has over the course of the past two decades seen top scientists and scholars leave Israel in search of better opportunities abroad and significantly harmed research at Israeli institutions.“We are hoping to encourage the brain gain and allow Israeli universities to build multi-million dollar laboratories and recruit the best scientific minds,” said James Gertler. “The universities have already recruited four new faculty members [one for each institution] who have begun their research in Israel.”The Zuckerman program aims to facilitate the return of these top tier Israeli scholars to the nation’s leading universities, cultivating cutting-edge research and in turn, attracting the next generation of top postdoctoral candidates from abroad, thus creating a cycle of excellence.“This [program] is about the future leadership in STEM, not only did we want to identify postdocs who are the top minds on a scientific level, but we also put quality and leadership skills first and foremost,” Eric Gerlter said.The first class of scholars and faculty has already begun research during the current 2016/17 academic year.“When you get the smartest people working together some of the most innovative things happen and we are excited to see the breakthroughs and the collaborations that happen over the years,” he said.Rivlin emphasized the importance of the Zuckerman program’s connections and the ability to cooperate at all levels. “What you have done will enable us to exchange and develop ideas that will help the whole world,” he said.Recalling that he has visited Israel at least 15-20 times over the years, Zuckerman said that he had always been fascinated by the achievements of a small population, and had marveled at what Israel had been able to accomplish “not with natural resources, but with human resources of people willing to work hard, and sometimes having to fight hard.”Speaking on behalf of the four institutes of higher learning that will benefit from Zuckerman’s largesse, Prof. Joseph Klafter, president of Tel Aviv University, his alma mater, recalled that when he finished his PhD in chemistry Tel Aviv was still a young university and Israel was a provincial backwater. He had been fortunate in receiving a post doctoral fellowship from MIT that enabled him to study at a top notch academic institution and to develop a network of fellowship and friendship.“Today, Israel attracts post doctoral fellows from abroad and they spread their academic wings here and form networks of fellowship and friendship,” Klafter said.He credited the Zuckerman program with taking this academic networking to a further level, adding: “We are on a new road in our academic relationship with the US. It’s a vote of confidence in our academic strength and ability.”