The deal is subject to regulatory approvals, and its completion is expected in the beginning of 2017. 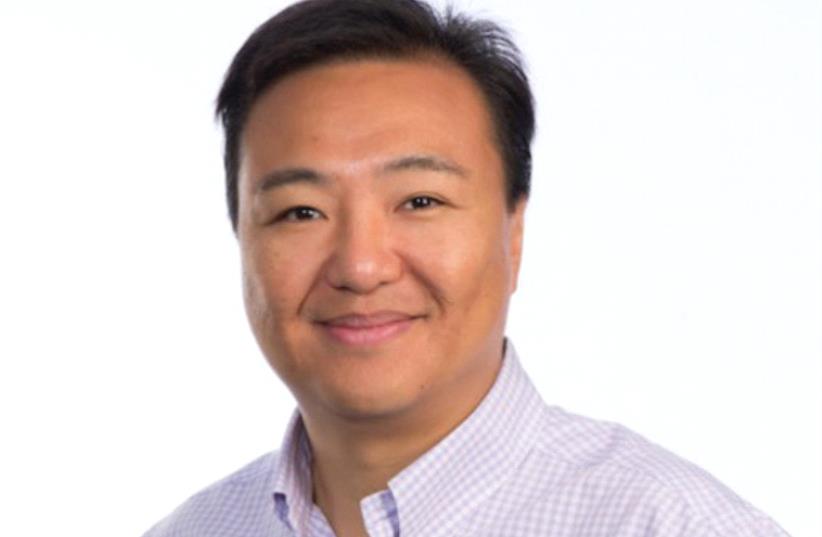 The ISRAELI STARTUP Feelter has named David Chang as its chairman. Chang is a known name in the Boston business community, and is ranked among its 50 most influential people in the fields of finance and technology.
(photo credit: FEELTER)
Advertisement
Medical equipment giant Edwards (Edwards Lifesciences), valued at $19 billion, announced last week the signing of an agreement to acquire Valtech Cardio of Or Yehuda for $990 million.Edwards announced that the purchase is taking place in light of the development of an innovative product by Valtech Cardio, which uses advanced technology to suit heart devices to each patient’s unique needs and particular heart valve problems. In 2015, the company received a license to sell its product in Europe and has begun selling it there.“We recognized an opportunity to buy this groundbreaking technology by Valtech Cardio and to add it to our wide range of products,” said CEO and president of Edwards, Michael A.Mussallem. “We are very pleased with Valtech Cardio’s progress and assume that doctors all over the world will use the unique products developed by the company. We also believe that the company’s skilled employees and executives will continue to develop innovative products in the future,” Mussallem added.According to the agreement, Valtech Cardio will receive cash and stocks in the amount of $340m., an additional $350m. will be granted when agreed upon milestones are reached. In addition, Edwards reserves the option to acquire the company’s technology used for the replacement of the mitral valve for an additional $300m.This acquisition announcement comes after a failed attempt by HeartWare to acquire Valtech Cardio in a deal valued at $860m. about a year ago.CEO of Valtech Cardio, Amir Gross said that the purchase of the company by the medical equipment giant, which is a world leader in the field of heart valves, is great news for the company’s employees. He added that the deal is a show of faith in the company, its employees and executives, and will enable the continued development of groundbreaking products in the field of cardiology.The deal is subject to regulatory approvals, and its completion is expected in the beginning of 2017.About Valtech Cardio:It was established in 2005 by Gross and Peregrine venture capital fund. The company employs 70 people in its offices in Or Yehuda and an additional 10 people in Europe. The company raised an estimated $70m. from the venture capital funds IFA NGN, OXO, Peregrine and GlenRock.The company specializes in non-invasive technologies meant to treat the Aortic valve stenosis which disrupts blood flow to the heart. Valtech developed a method enabling the replacement of a mitral heart valve without the need for open heart surgery, by using catheterization.About Edwards:It is an American company specializing in medical equipment for invasive heart surgery and in rehabilitative treatment after invasive surgeries.The company also conducts research and experiments aimed at finding effective treatment for cardiac patients. Edwards’s revenue cycle in 2016 is estimated at $3b.Feelter names former PayPal executive as its chairman Israeli startup Feelter appointed David Chang as its chairman. Chang served as COO at PayPal Media Network and led the company’s operations in Boston. He is an entrepreneur and angel investor who has been involved in over 40 projects, including six projects that made exits or were issued in the stock market. Chang is a known name in the Boston business community and is ranked in Boston’s 50 most influential people in the fields of finance and technology.Feelter was established in 2014 and has developed a sophisticated algorithm which conducts an intelligent analysis of text appearing in a wide range of conversations online, in real time. The analysis is accurate and meticulous in that it distills the information – customers’ relationships with products and estimates their intent when it comes to certain products. For example, a business man interested in a hotel will seek different things than a family looking for a hotel near tourist destinations.Feelter’s technology answers the need for providing accessibility to reliable, relevant and filtered information from a number of sources, and not just information from sponsored reviews.The algorithm enables an intelligent analysis of Internet posts regarding a product or service being sold on e-commerce sites, and then places the information regarding the product right next to it, using a score which represents how the public values it. The information also includes the original quotes, pictures and videos uploaded about the product.This method prevents users from leaving the e-commerce website in order to seek information about products, enabling significant growth in the percentage of sales completed on the e-commerce website itself. The company has a number of pilots and partnerships with leading commerce companies. The results testify to the growth in the percentage of sales completed on the websites.Feelter CEO Smadar Landau said: “The fact that David [Chang] joined our company’s management is a true show of trust. Having such an experienced individual who sees not only our potential, but goes so far as to take on the chairman position, convinces me... that I have discovered a real necessity here, and I also have the ideal solution that the marketplace has yearned for.”