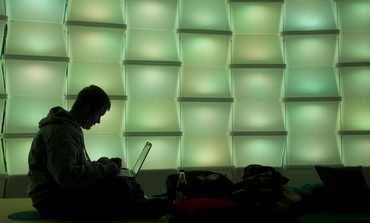 Online hacktivist group Anonymous’s warning on Monday that Israel “will be dealt with swiftly and without warning,” proved to be not only self-contradicting but an overstatement, as the anti-Israel group managed to inflict only temporary delays and minor inconveniences.Although the hackers claimed to bring down a slew of websites, Israeli Authorities told Channel 2 that they had been largely unsuccessful.According to the Shin Bet (Israel Security Agency), it had opened a special cyber operations room in preparation for the hacking campaign, but found that the Internet onslaught produced only minor slowdowns on dozens of official sites.The group managed to take the Israel postal service and the Education Ministry websites down briefly and disrupt a handful of private websites. It also published a long list of phone numbers and email addresses belonging to Israeli officials.
The Finance Ministry said that e-government websites remained unaffected.Lior Pollack, chief technology officer of cyber security company 2BSecure, said that while attempted denial-of-service attacks were detected, successful break-ins were scarce. Like last year, when it waged a similar attack, Anonymous and its allies were only successful in breaching websites belonging to small entities, which are typically not secured, and old websites belonging to bigger entities.Pollack estimated that some 30 percent of websites are not properly secured, though the attacks help point out flaws in the sites.“I think these are a bunch of amateurs that are not really carrying out critical break-ins, but are using all sorts of simple tools to scan the sites with an Israeli domain-ending and looking for weaknesses,” he said.The fact that the group managed to bring down some official websites, however, may still prove embarrassing to the government.Prime Minister Binyamin Netanyahu has pushed the cause of turning Israel as a cyber security behemoth, creating a special Cyber Security Bureau within his office, launching a cyber security technology park in Beersheba and devoting millions of shekels toward supporting cyber security businesses.
Advertisement
Subscribe for our daily newsletter