Dan Kohl, a board member of the J Street advocacy group, announced his platform this week. 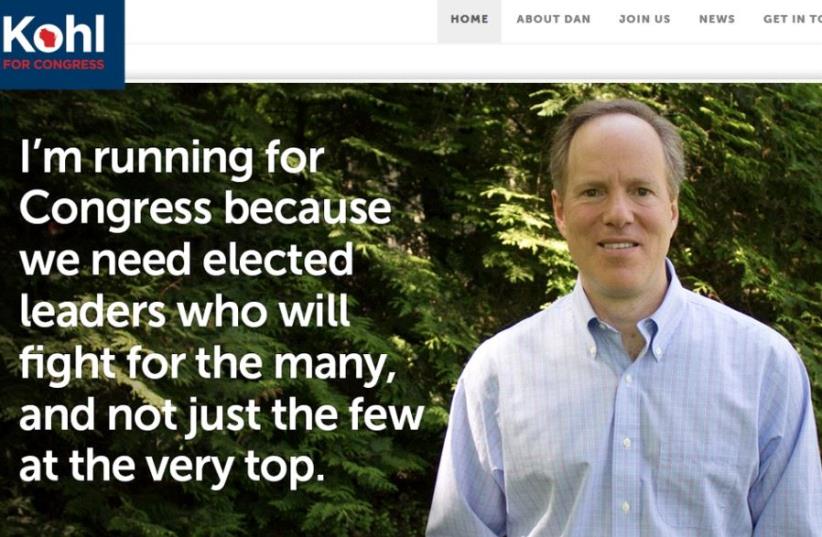 In this case the rumors are true! I'm running for Congress in Wisconsin's 6th CD! Pls follow me @DanKohlWI & go to https://t.co/C3iEMyiEj3

The self-described business executive and non-profit leader said in the announcement, "I'm 51 years old and I cannot remember a time when people in this country were so anxious about the present and so concerned about their future and their children's future. I'm running for Congress because Washington is broken, and our Congressman puts his party's priorities ahead of our priorities. Our district is currently represented by the single most partisan member of the House, and that hasn't helped create a single job in Wisconsin. We can and must do better."Kohl was referring to incumbent Glenn Grothman, who has served as the district's representative since 2015.Regarding his leadership in J Street, Kohl's official biography notes, "Seeking to reground American foreign policy in the wake of the Iraq War, Dan joined J Street as Vice President of Political Affairs in 2009, and oversaw the development of the nation’s largest pro-Israel political action committee."J Street describes itself as the "political home for pro-Israel, pro-peace Americans who want Israel to be secure, democratic and the national home of the Jewish people." The non-profit recently urged US President Donald Trump to denounce a one state solution to the Israeli-Palestinian conflict and fervently campaigned against Trump's appointment of David Friedman as US ambassador to Israel. “David Friedman is a friend of the settlement movement who backs unlimited settlement expansion, has accused [former] president [Barack] Obama of being an antisemite and says that liberal Zionists are ‘worse than kapos,’” the advocacy group stated.J Street was also the single largest beneficiary in 2015 of the Ploughshares Fund, a group that seeks to eliminate the world’s nuclear stockpiles, with over $575,000 in grants that funded advocacy for the Iran nuclear deal.J Street and Ploughshares were part of a loose coalition of groups that coordinated strategy on building support for the Iran deal since late 2013, occasionally consulting with the White House.Kohl served on the J Street board since 2013 and received the non-profit's Tzedek V'Shalom award for leadership on behalf of Middle East peace.With an undergraduate degree from Brown University, a law degree from University of Wisconsin-Madison and a master's in history from UW-Milwaukee, Kohl also worked as the Assistant General Manager of the Milwaukee Bucks, the NBA team his uncle Herb Kohl bought in 1985 to keep it from moving out of the city. The elder Kohl, who was a US Senator from 1989 to 2013 and an heir to the Kohl’s department store chain, sold the team in 2014.Dan Kohl also represented the Children's Hospital Association and Major League baseball, as well as serving on the boards of Columbia-St. Mary's Foundation, the COA Youth and Family Center Board, and the Wisconsin Historical Society Foundation. Michael Wilner, Jpost.com Staff and JTA contributed to this report.