"Jews have been part of the Indian society for 2,300 years now." 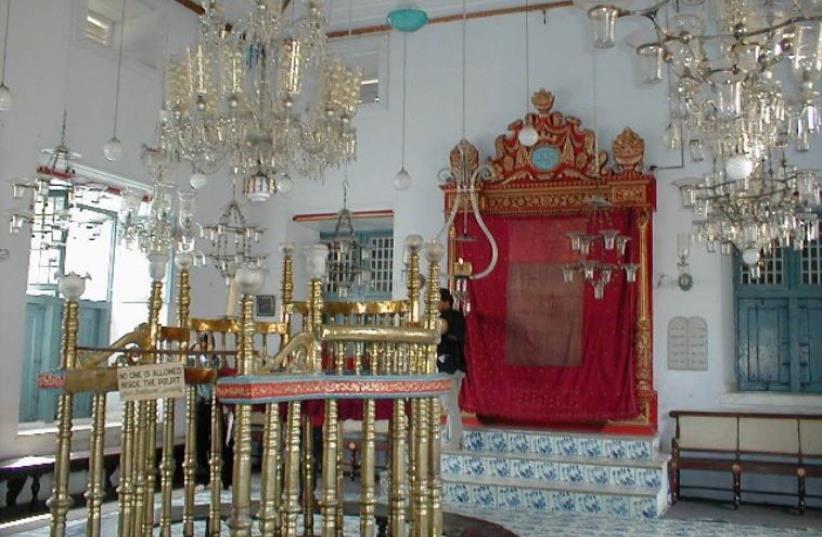 The Paradesi Synagogue in Kochi, India
(photo credit: Wikimedia Commons)
Advertisement
India’s approximately 5,000-member Jewish community is renewing its request for official government recognition as a minority group, submitting an application to the country’s minority affairs ministry. Official recognition would make it easier for Jews to register marriages, establish educational institutions and “practice and promote our culture,” Rabbi Ezekiel Isaac Malekar, the Delhi Jewish community’s head, told IANS, which reported on the application Tuesday. The news service did not say when the community’s previous application was made or why it was unsuccessful. India has six official minority communities: Muslims, Christians, Buddhists, Sikhs, Parsis and Jains.“Jews have been part of the Indian society for 2,300 years now. But post independence, we have not been recognized as a minority,” Malekar said.India won independence from British colonial rule in 1947.