Memorial includes commemoration of Palestinian Islamic Jihad terrorist Baha Abu al-Atta, a senior commander who was assassinated by the IDF. 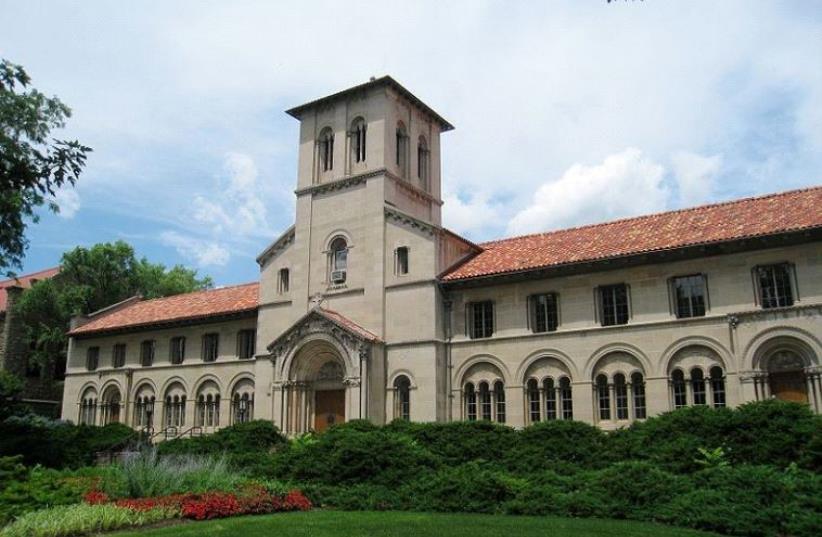 Bosworth Hall at Oberlin College
(photo credit: Wikimedia Commons)
Advertisement
Following the recent clashes between Palestinian Islamic Jihad (PIJ) and Israel, due to the assassination of senior commandeer Baha Abu al-Atta, anti-Zionist students at Oberlin College last week put up a memorial commemorating the deaths of multiple Palestinian Islamic Jihad terrorists.
Oberlin Students for a Free Palestine, in cooperation with Oberlin Jewish Voice for Peace, created the memorial to commemorate the 34 Palestinians killed in the recent fighting, the majority of which were known PIJ combatants.
The installation said that Israel was responsible for “killing 34 unarmed Palestinian civilians, including 8 children. Oberlin Students for a Free Palestine and Oberlin Jewish Voice for Peace has created this installation to commemorate the lives of these 34 Palestinians who died at the hands of Zionist Settler Colonialism.”
International observers have acknowledged that the majority of Palestinian fatalities were members of PIJ, an Iranian-backed organization that is also considered a terrorist groups throughout the European Union, United States, Canada and more.
In recent years, Oberlin College has been plagued with highly publicized cases of anti-Semitism, including in 2015, in which a professor, Joy Karega, claimed that Israelis and Jews were behind the Charlie Hebdo attacks, 9/11 and that the prominent Rothschild banking family “financed both sides of every war since Napoleon.”
In 2016, students put a banner on Rosh Hashanah saying that their tuition funds genocide committed by Israel. Similarly, Meredith Raimondo, gained controversy for featuring solely anti-Israel perspectives, some with antisemitic views, in a course she was giving.
The commemoration was designed to increase awareness of the Boycott, Divestment and Sanctions (BDS) movement, which has been considered by some to be an antisemitic movement.