Some 60 years later, in Baghdad the Jews are a ghostly memory. 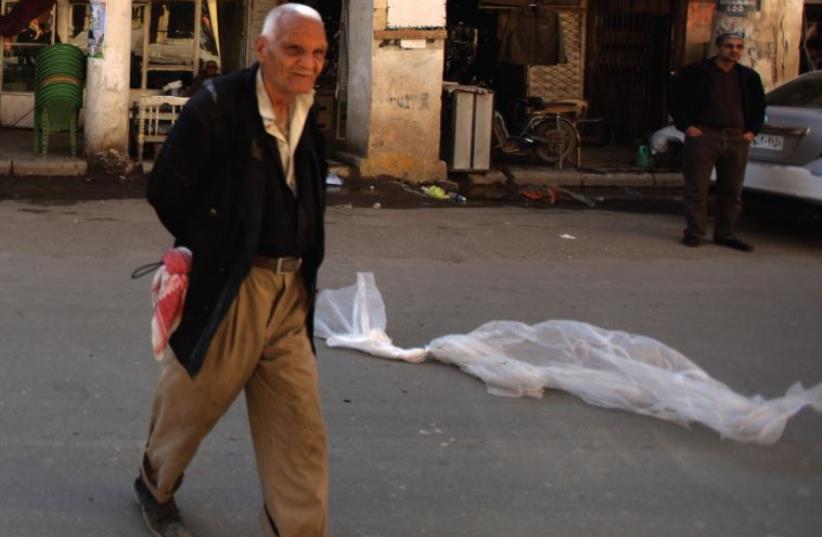 Ramshackle al-Rasheed Street, in the heart of old Baghdad.
(photo credit: PATRICK BAZ / AFP)
Advertisement
A FEW hours in the Shorja open market in Baghdad can teach you a lot – about the Middle East’s past, its present and its apparent future. What’s to be found there is informative. What is absent – equally so.My fixer Yusuf hadn’t wanted to take me to Shorja. I was in Baghdad for a reporting project on the Shi’ite militias.Between heading for Anbar with Kata’ib Hezbollah and up to Baiji with the Badr Corps, we had a few hours of down time in Baghdad, so I suggested we make for the market area that had once formed the hub of the city’s Jewish community.I am no expert on the Jews of Iraq. But a friend’s Iraqi father back in Jerusalem, upon hearing that I was heading for Baghdad had mentioned the Taht el Takia neighborhood in the heart of the market where he had grown up, and asked me to take some pictures if I had the chance.“Old Baghdad isn’t really safe anymore. We won’t be able to walk around,” Yusuf told me as we debated the issue.“After the Jews were kicked out in the ’50s, a load of poor Shi’ite moved in and they have been running it ever since.” 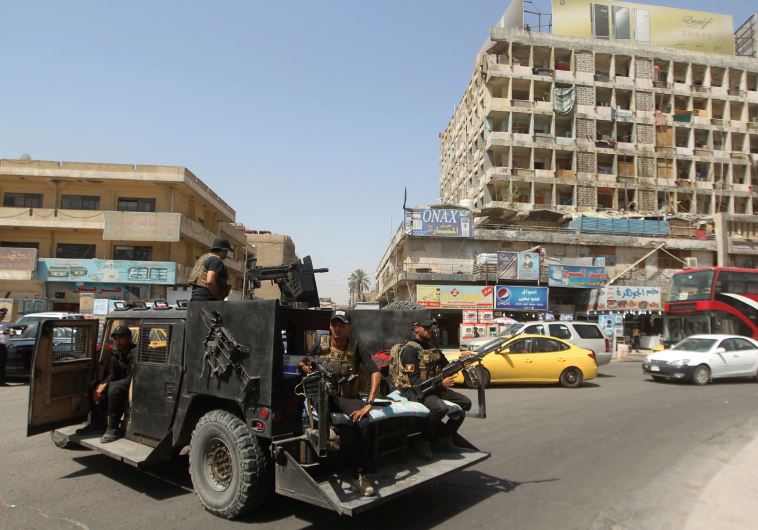 I tried to ascertain what exactly the danger was. But, like much else in Baghdad, it wasn’t clear – just a general sense of foreboding, and maybe justified paranoia, of a kind that seemed pervasive in the city.Baghdad carried with it a tense and febrile atmosphere. Roadblocks everywhere. Muscular, armed men and light armored vehicles outside the hotels.Logos and pictures of armed Shi’ite irregulars on every street corner. These latter were the forces defending the city against the Sunni fighters of the Islamic State.ISIS was just 60 km away, its black clad fighters waiting behind their positions amid the dust and the summer heat and the collapsed buildings.So I understood Yusuf’s reluctance.His driver, an older man and recent refugee from Anbar, was tired, too, and clearly had no special desire to head out into the 40 degree heat of the afternoon – still less, if the destination was a poverty-stricken Shi’ite section of the city. All the same, I was paying them and didn’t feel like spending the whole afternoon sitting around drinking tea and smoking, so I persisted and finally Yusuf agreed. Taht el Takia? Well, we’ll go there and see what’s there. But if I say it isn’t safe, we don’t even get out of the car.”We set off back into the heat of the afternoon and began the drive to Old Baghdad. After a while, we reached al-Rasheed Street and began the search for the neighborhood. The market and area surrounding it were ramshackle and neglected, looking like they’d last been renovated sometime in the 1970s.Yusuf began to ask passersby about Taht el Takia. Everyone seemed to have heard of it, but no one quite knew where it was. “The problem is,” Yusuf said, “that most of the people here belong to families that came in from the countryside when Baghdad expanded in the 1960s, so they don’t really know all the names of these old neighborhoods.”Finally, from al-Rasheed Street, we reached a warren of small alleyways and Yusuf declared that this, as far as he could ascertain, was Taht el Takia. The market had closed for the day; it was late afternoon and I made to enter the alley.This had once been the vibrant heart of Baghdad’s Jewish community, though not the slightest memory or indication of that was to be found. We wandered the deserted alleyways filled with garbage from the market.After a few minutes, a plump security man wearing a tatty army uniform with a maroon airborne-style beret on the back of his head, appeared and began to shout and gesticulate in guttural Baghdadi Arabic.“No pictures,” Yusuf told me.Having established his authority with this arbitrary order, the guard became friendly and inquisitive. I told him I had come to look at the area for the father of a friend of mine who had left in 1951 and hadn’t seen it since.“Oh, a Jew, yes?” he said. I decided to answer in the affirmative, feeling vaguely that to have denied this would have been a sort of betrayal. “From Israel?” the guard persisted. This was going too far, and I replied vaguely that I had arrived from England.The guard was amused by this, and with a show of magnanimity said we could photograph the adjacent mosque and the outside areas, but that he didn’t recommend going too far into the warren of alleyways, since it was getting dark.“Anyone could see that you’re a foreigner and just produce a weapon and say, ‘come with us,’” he suggested, grinning broadly. “I don’t even go in there myself after dark.”He brought us some bottled water as a goodwill gesture. “By the way,” he said as we parted, “ask your friend’s dad if he can get me asylum in Israel.”There has been a market at Shorja since the Abbasid period in the 8th century.But for some time in the 19th and early 20th centuries, the Jews dominated trade in the area. It was the hub of a flourishing community. 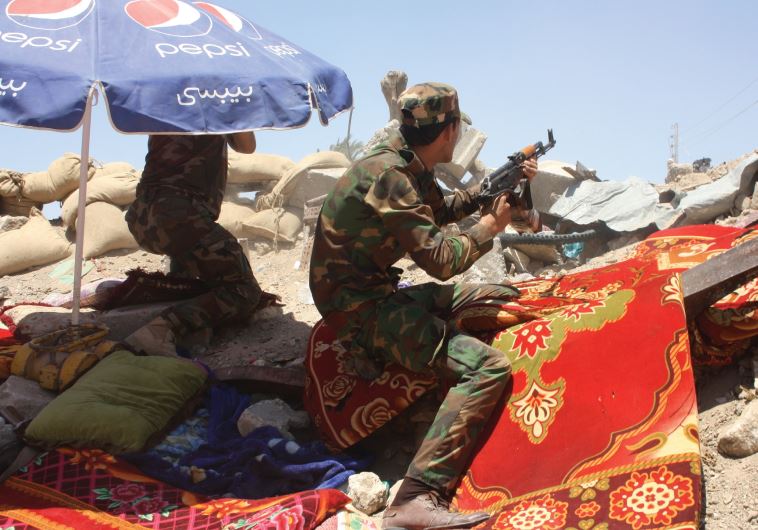