Profile: MS and a mission

Clear objectives that include fund-raising and developing new medication are top priorities for Prof. Anat Achiron.

By TALI HERDEVALL
JUNE 9, 2014 16:42
Sheba hospital
(photo credit: AVNER TZRFATI)
‘Multiple sclerosis is a disease that affects children and young people, where 25-30 is usually the peak age,” says Prof. Anat Achiron, director of the Center for Multiple Sclerosis at Sheba Hospital since 1995. She wants to promote the center’s activities aimed at purchasing a new MRI machine for diagnosing and tracking the disease.A graduate of Tel Aviv University’s Sacklar Faculty of Medicine, Achiron is an expert in neurology and associate dean of future medical education at Tel Aviv University.“I’ve held this position for almost six years,” she says. “The students of the first classes I taught are already graduating. My work at the Center for Multiple Sclerosis deals with young people who are just beginning their professional, personal and social lives. They’re starting families, thinking about children, and then an incident happens and they’re told that they have MS. It’s difficult.”Achiron was born in Israel and lives in Tel Aviv. She is married to a gynecologist and is the mother of three boys. Along with her dedicated work, she finds time for hobbies such as yoga and cooking, which she is particularly good at.What are the initial symptoms of MS?
It is not a hereditary disease; it’s a disease that occurs suddenly out of the blue. Symptoms include weakness or sudden paralysis of hands or legs.You get up in the morning and feel something wrong with your leg, it’s dragging. This is a motor symptom. 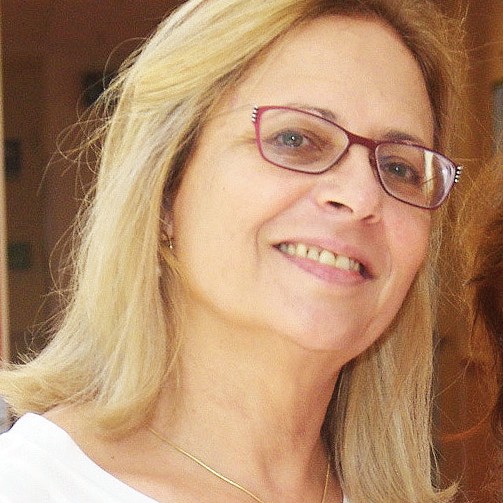 There might be sensory symptoms, such as numbness or tingling like after getting a shot at the dentist. Additional symptoms include blindness, balance disorders, frequent urination and damage to the nervous system. Often a combination of symptoms occurs.The disease occurs when the immune system becomes abnormal and attacks itself. ‘Autoimmune’ means that our cells usually attack germs, viruses or foreign bodies; but in MS, they attack the body itself until organs are destroyed. When the brain and spine are affected, it is called MS.Is the disease more common among men or women?
There is a higher rate of illness after childbirth, and it is twice as high in women than in men. There are amazing stories at the center of women who, despite the disease, decided to have children, some even more than three or four. Or women who continue their professional careers despite the need for medication.What are the long-term manifestations of the disease?
Alternate neurological manifestations are called ‘attacks.’ Every attack may cause long-term damage.The disease is chronic. The main problem is that people can become substantially disabled within 10 years, which includes limited mobility and requiring assistance in functioning. Our goal is early treatment for prevention of accumulated disability.What developments have been made in recent years?
The aim of new drugs developed in the last decade is to decrease the number of attacks. None of the drugs totally eliminate attacks, but that is our hope. We’re working with Teva on the development of new drugs and hope to achieve additional breakthroughs.Another goal is to decrease damage sustained by attacks so that long-term disability will decrease. We try to maintain functionality of patients so they can continue their lives normally and be part of society professionally and socially.How did you start out in the field?
In the neurology department where I specialized, no one was interested in MS; they were involved with Parkinson’s, Alzheimer’s and headaches, so they sent all the MS patients to me. I continued researching the topic at the Weizmann Institute and studied immunology of diseases like MS.What makes the center at Sheba unique?
It is the only multidisciplinary center in Israel that brings together under one roof neurologists and doctors from other disciplines such as eye doctors, psychiatrists (at times there is cognitive damage), urologists, rehabilitation doctors and a multidisciplinary team of physiotherapists, occupational therapists, social workers and nurses that are the mainstays of medical and personal treatment. I’m proud to say that people come to us from overseas to learn about multidisciplinary treatment of MS, which is a unique part of our center.There are over 3,500 patients in the center from all over the country. We diagnose about 100 new patients annually.Unfortunately, we also have children who have MS. It’s better to diagnose early in order to start treatment early.Thanks to early treatment, there is a decline in the number of disabled patients.What is the importance of the MRI scan?
It is the most important examination for MS diagnosis. The MRI machine is based on a magnetic field, it has no radiation.Some of the health funds don’t pay for MRIs for their patients in order to save money. Part of our activity is to try to raise funds for an MRI machine that would enable examinations in the department. The machine costs $2 million. The Sheba administration promised to pay for half of the cost if we manage to raise the other half.What kind of PR are you doing?
We held a fund-raising evening at The Villa in Ganei Hatarucha, and we set up an SMS number (6123) as well.You write ‘10’ in a text message, and we charge you NIS 10 for a donation. Afterwards, you hear a message: ‘Thank you for donating to the Center for Multiple Sclerosis.’ My goal in life is to find a drug that will wipe out MS altogether. Then I could close the center and donate the MRI to someone else.