The grave of Reinhard Heydrich is unmarked and nothing appears to have been taken, leading to speculation over motive. 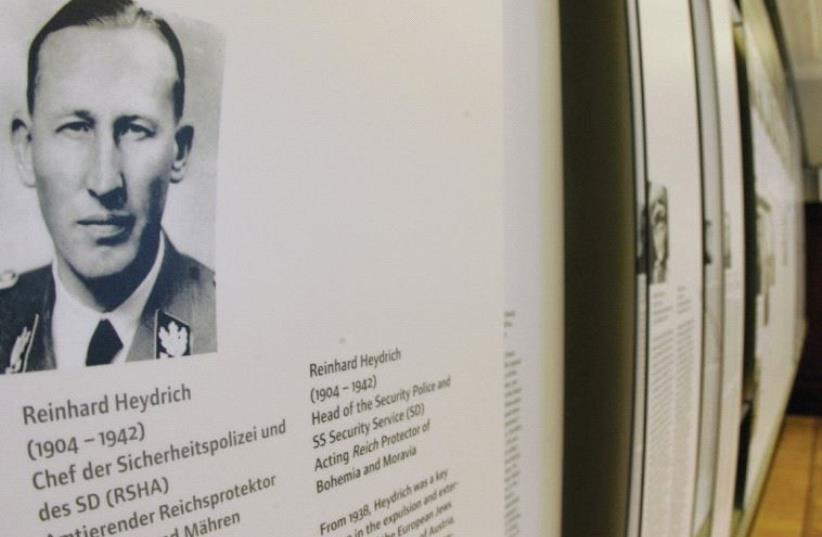 A PORTRAIT of Reinhard Heydrich, a leading Nazi official, is displayed as part of the exhibition at the Wannsee conference house in Berlin in 2006.
(photo credit: REUTERS)
Advertisement
German police are searching for suspects after the grave of the high-ranking Nazi SS officer Reinhard Heydrich was opened. Head of the Reich Main Security Office under SS leader Heinrich Himmler, Heydrich was tasked with finding the 'final solution to the Jewish question' by Goring. In 1942, he chaired the Wannsee conference in Berlin, at which the Nazis' plans for the Holocaust were finalized. 15 years younger than Hitler, it was speculated that he had aspirations to one day lead Nazi Germany himself; however, he was attacked by British-trained Czech and Slovak operatives in May of '42, dying in Berlin in June of the same year, whereupon he was buried with full honors.  After World War II, the allies removed the markings from the graves of all senior Nazis, Heydrich's included, to prevent them from becoming rallying points for Nazi sympathizers. However, an employee with Berlin's Invalids' Cemetery found the grave opened on Thursday, according to Bild.It appears that nothing has been removed from the site, but an investigation into grave defilement has nonetheless been opened. The motive for doing so is yet unclear.