Deadly car attack on capital's light rail claims the life of officer Jidan Assad, 38, who is also survived by his toddler son, parents and four siblings.

By JPOST.COM STAFF
NOVEMBER 5, 2014 18:21
Border Police officer Jidan Assad, 38, killed when a Palestinian terrorist rammed his car into a crowd in Jerusalem.
(photo credit: SAHAR ALI)
Advertisement
For the second time in two weeks, a Palestinian terrorist on Wednesday fatally rammed into crowds near the Jerusalem light rail, leaving a trail of death and destruction.Wednesday's attack lead to the death of Border Police officer Jidan Assad, 38, from the Druze village of Beit Jaan.He leaves behind his pregnant wife and young son along with his parents and four siblings. Fourteen others were hurt in the attack, including three other Border Police officer who suffered serious wounds. 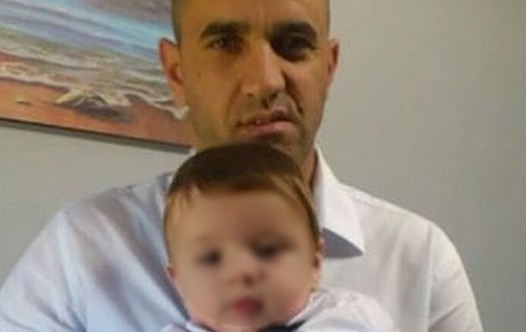 Assad's funeral is scheduled for Thursday at 1 p.m. at the military cemetery in Beit Jaan. The Border Police officer died of injuries after a car, driven by Hamas operative Ibrahim al-Acari from the east Jerusalem neighborhood of Shuafat, slammed into people waiting near the light rail track in the capital.