Sofia experiencing spike in tensions in its relations with Ankara. 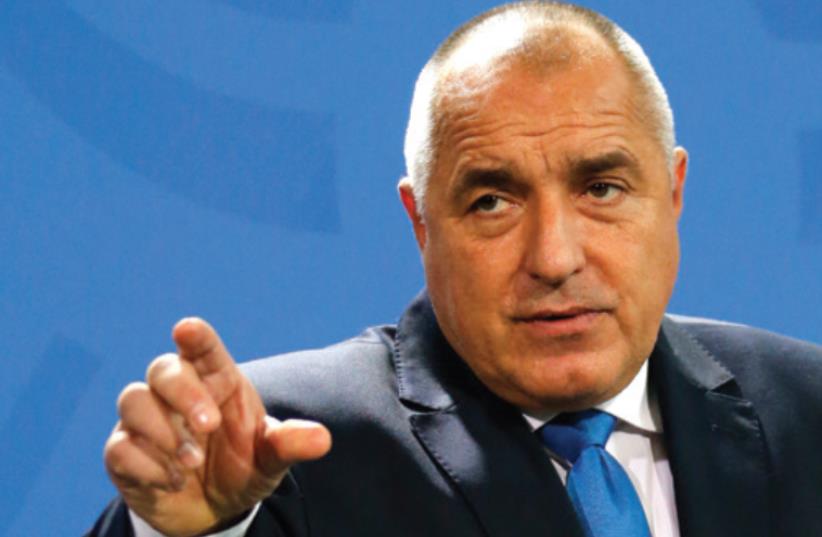 BOYKO BORISSOV
(photo credit: REUTERS)
Advertisement
Bulgaria’s Prime Minister Boyko Borissov arrived on Wednesday for a two-day visit expected to focus on regional security, energy and trade issues.His visit comes at a time of strain in Bulgarian-Turkish ties. Both countries recently expelled a low level diplomat from the other amid tensions stemming from what is seen in Ankara as Sofia’s siding with Russia following Turkey’s downing of a Russian fighter-plane last year.Following the breakdown of Israeli-Turkish ties after the 2010 Mavi Marmara incident, Israel grew closer to all of Turkey’s historic rivals, including Greece, Cyprus, Bulgaria and Romania.One government official said that Borissov is perceived as a friend, who often comes to Israel’s support inside the EU. “On the settlement labeling issue Bulgaria was a positive force,” the official said, noting that the two countries have “a very good relationship.”Bulgaria is one of the EU countries that – when there is a split among the 28 EU countries regarding an Israel-related vote in the UN – can be counted on to either vote for Israel, or at least abstain.Borissov is scheduled to meet with Prime Minister Benjamin Netanyahu on Thursday. He is also scheduled to go to Ramallah and meet with Palestinian Authority President Mahmoud Abbas. Borissov is accompanied by Foreign Minister Daniel Mitov and Deputy Prime Minister for EU Funds and Economic Policy Tomislav Donchev.In a related development, Netanyahu spoke on the phone Wednesday with Russian President Vladimir Putin.The two leaders discussed “the partnership and cooperation between Russia and Israel on current issues of the Middle East and bilateral agendas,” a statement put out by the Kremlin said.Putin and Netanyahu “agreed to hold a number of top-level and high-level contacts to mark the 25th anniversary of the establishment of diplomatic relations between the two countries,” the statement said.The conversation with Netanyahu was just one of a series Putin had on Wednesday with Mideast leaders; he also spoke to Iranian President Hassan Rouhani, Saudi King Salman and Syrian President Bashar Assad.The Netanyahu-Putin call was part of intensified communications between Jerusalem and Moscow since the Russians stepped up their engagement in Syria in September.Netanyahu flew to Moscow that month to meet with Putin to establish a deconfliction mechanism to ensure that Israel and Russia do not accidentally engage one-another in Syria.The communications have been both at the military level, as well as at the highest political levels, as the leaders have spoken on the phone a number of times since, agreeing to continue their dialogue regarding the situation in Syria and other regional issues.Foreign Minister director- general Dore Gold was in Moscow last week and met with Foreign Minister Sergei Lavrov and other top Russian officials.