A race to the altar

‘Through the Wall’ and into your heart. 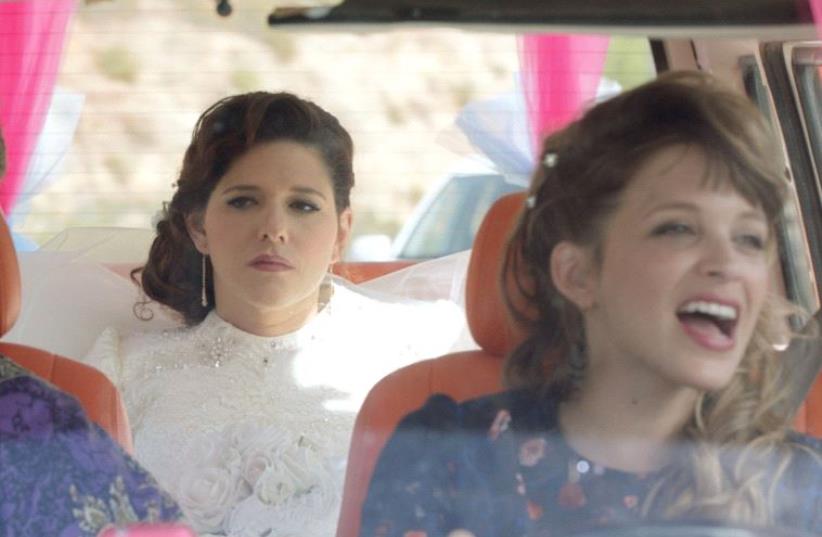 ‘Through the Wall’
(photo credit: PR)
Advertisement
THROUGH THE WALLHebrew title: L’avor et Ha’kir Directed by Rama Burshtein With Noa Koler, Amos Tamam, Oz Zehavi, Irit Sheleg, Ronny Merhavi Running time: 110 minutes In Hebrew. Check with theaters for subtitle information.When Rama Burshtein’s 2012 movie Fill the Void came out, it was a welcome addition to the Israeli movie scene. Burshtein was a woman in the mostly maledominated world of Israeli cinema and, more unusual, was ultra- Orthodox. The award-winning Fill the Void was an assured feature-film debut, set in the haredi community, about a young woman courted by her brother-in-law after her sister’s death.Her engaging follow-up film, Through the Wall, which won the Ophir Award for Best Screenplay, is also set in the haredi world and revolves around marriage, but it’s a comedy. Michal (Noa Koler, who won the Ophi- Award for Best Actress in a very competitive year) is a young woman who was raised in a secular family but has been ultra-Orthodox for about a decade. She’s honest and gutsy and runs an odd business, where she brings animals such as snakes to children’s parties. Dying to get married, she goes to a matchmaker/faith healer (Odelia Moreh-Matalon), finally gets engaged to a haredi guy (Erez Drigues) and books a wedding hall owned by the healer’s son, Shimi (Amos Tamam, whom fans of Srugim will recognize as Amir). But she gets into an argument with her fiancé as they plan their wedding, and he calls off the engagement. The groom may be history, but the wedding hall is still booked, so Michal decides that she will find a new man in 22 days and get married on schedule.It’s a crazy plan, but Noa Koler is convincing enough to persuade us that Michal would really do that. And in the haredi world, long courtships and engagements are rare, so perhaps Michal isn’t as deluded as she might seem in the secular world.Her sister, Feggie (Ronny Merhavi), who has long blond dreadlocks, and her mother (Irit Sheleg) long ago developed a weary tolerance for Michal’s religious observance, and they humor her in this impulsive plan.Most of what follows is silly but fun. Michal is similar in spirit to many of the obsessive heroines of Eric Rohmer movies — I would bet that Burshtein, who studied at the Sam Spiegel School for Film and Television before she became observant, has seen a Rohmer movie or two — such as A Good Marriage, in which a young woman decides to marry a lawyer she just met.Michal gets fixed up on a bunch of increasingly bizarre blind dates, including one with a man who won’t look at her but insists he wants to marry as soon as possible. Heading off to Uman — Michal is a Breslov Hassid — to pray at Rabbi Nahman’s grave, she meets a hipster pop singer, Yos (played by one of Israel’s biggest heartthrobs, Oz Zehavi), who is on a spiritual journey of his own. He is charmed by her and actually proposes. But she fears she is just a novelty to him. Meanwhile, she stays in touch with Shimi, telling him to keep the wedding hall booked for her.Through the Wall echoes what director George Cukor said about his classic 1940 comedy The Philadelphia Story: “It’s one of the few comedies with real suspense...because up until the last moment, you don’t know who she’s going to marry.” Burshtein manages to keep the suspense going, although the ending isn’t exactly a shock.Some international critics who saw Through the Wall at the Venice International Film Festival complained that the movie revolves around marriage, as if that were all there was in a woman’s life. But marriage is an important part of people’s lives and, yes, of women’s lives. How many comedies about secular women revolve around their finding the right man? And who can deny the drama in this subject? There is real conflict in this story of a formerly secular woman with a quirky disposition and career who has chosen to live in a world with rigid rules that work to her disadvantage.Koler is a real gem in the lead role.The supporting cast, especially Ronny Merhavi and Amos Tamam, are excellent. Burshtein proves herself to be an extremely versatile filmmaker and not just a one-shot novelty act.