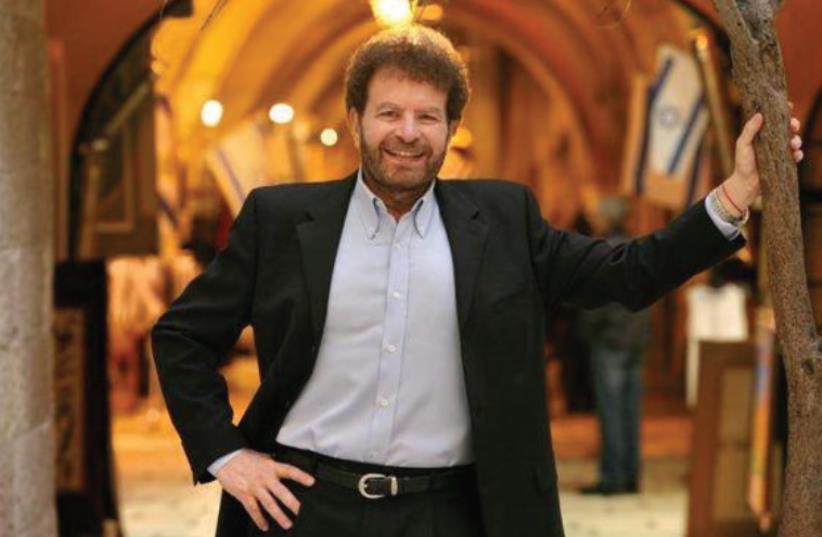 Dudu Fisher
(photo credit: Courtesy)
Advertisement
For famed singer and stage performer Dudu Fisher, Holocaust Remembrance Day is very personal.His father and 15 other members of his family were saved in Poland by a Christian family who hid them from the Nazis in a bunker under their house for two months.“He never talked much to us about it, but he did include us in a project later on,” Fisher told The Jerusalem Post last week before leaving for Poland to perform at the March of the Living.“Many years later he decided to look for the people who saved him and he found them in the early 1980s. We used to send them boxes with food, clothing and money.”Fisher has spent the past five decades bringing traditional Hassidic, Yiddish and cantorial music to audiences around the globe. And along the way, he broke out of the “Jewish entertainer” category to become internationally known in the 1980s for his defining performance as Jean Valjean in the Broadway version of Les Miserables.By his own account, he spend around 60 percent of his time performing abroad, including annual month-long stints in Florida and in Branson, Missouri, where he brings Jerusalem to the Bible Belt.“During my show, I talk about the story of the Christian family who saved my father in the Holocaust, and the evangelical audience always gets very excited,” said Fisher, who will be performing at the Jerusalem Post Conference in New York on June 7.A few years ago, Fisher performed in the Ukraine in what used to be the part of Poland where his father was from.After the show, he attempted to locate his grandparents’ home and the house of the family who saved them.“I remember my father telling me that at some point, Russian tanks were stationed next to the house and started firing at the Nazis. Every shot would shake their bunker, until they couldn’t stand it anymore and they fled from the house. My grandfather said they left in such a hurry that he left his tefillin behind,” said Fisher.“That was my dream, to find the house and the tefillin, but we never found it.”The full interview with Fisher will appear in next week’s Independence Day supplement appearing with Wednesday’s paper.