"Your Honor dives deep into the human soul and doesn’t flinch at what it finds there.” 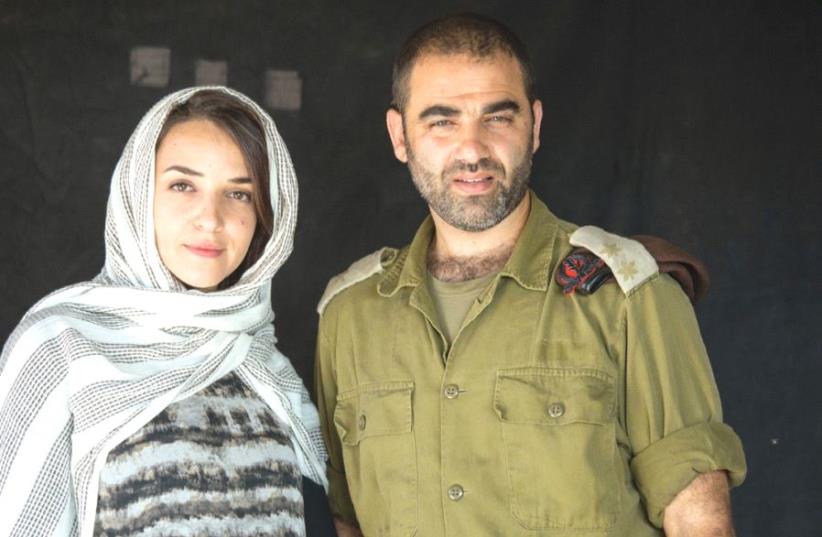 HISHAM SULIMAN (right) and Lucy Aharish in ‘Your Honor.’
(photo credit: YES)
Advertisement
Your Honor, an Israeli television series, won the top award, the Jury Grand Prix, at the prestigious television competition Series Mania on Saturday night in Paris. Over 60 series from around the world took part in the competition.

Your Honor tells the story of an Israeli judge who is drawn into a web of illegal activity when he tries to protect his son, who has killed a mobster’s son in a car accident.It was created by Shlomo Mashiach and Ron Ninio and produced by Koda Communication and yes – DBS. It is currently being broadcast in Israel on the YES network. It stars Yoram Hattab.Damon Lindelof, the creator of the HBO series The Leftovers, was head of the jury. The other jury members were Israeli director Eytan Fox, Polish/Czech filmmaker Agnieszka Holland, and French actors Aure Atika and Clement Manuel.The jury wrote about Your Honor: “For its surprising and provocative examination of judgment in modern-day Israel and anchored by riveting performances, Your Honor dives deep into the human soul and doesn’t flinch at what it finds there.”An American series, I Love Dick, created by Jill Soloway (Transparent) and Sarah Gubbins, starring Kevin Bacon, took the Special Jury Prize.Fertile Crescent, a series about a woman believed to have been killed in a suicide bombing in Jerusalem but who then turns up among women fighters in Kurdistan, won the development prize of 50,000 euros at Series Mania.It was made by the co-creators of the Israeli series False Flag, Maria Feldman at Tel Aviv’s Masha Productions and Eitan Mansuri of Israel-based Spiro Films, as well as Haut et Court TV, the French producer of The Young Pope and The Last Panthers and the producer of the original The Returned.This is the eighth edition of the Series Mania competition.
Advertisement
Subscribe for our daily newsletter